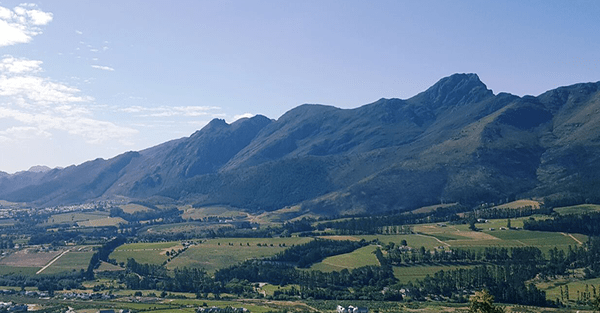 I’ll start with an admission that I don’t do vacations very well. Or frequently.

Over the past ten years I’ve probably only taken a week or two off in total.

A big part of that is a deep character flaw of me being a workaholic… but that’s a natural extension of genuinely loving all the exciting business ventures and wonderful people that I’m involved with each day.

I do recognize, however, that taking a break is healthy, and I’m trying to get better at it.

The last few weeks in particular have been a blur.

My fellow executives at our agriculture business and I have been busy negotiating credit facilities with some of the largest financial institutions in the world, all while the company has been planting hundreds and hundreds of acres at a record pace.

My team at Sovereign Research and I have also just concluded months of discussions about a unique investment and citizenship deal in a foreign country with its prime minister.

And I just received approval for my second banking license after working on this for most of the past year.

So it was definitely time for a break… and for me that means South Africa.

South Africa is a wonderful country to visit, especially out here in the Western Cape.

This may be the only place in the world where in the span of a single afternoon you can see penguins, whales, and great white sharks on the coast, followed by baboons, elephants, lions, and rhinos just an hour inland.

The weather is also fantastic. Like central Chile, the climate here in Cape Town is classified as “Mediterranean”, which means it never gets too hot or too cold.

The food is great, the people are extremely welcoming. And with the currency (South African Rand, or ZAR) being so cheap, this place is even more spectacular.

I’ve been to South Africa probably a dozen times or more, and I remember coming here years ago when the rand was very strong, around 6 to the dollar.

Back then South Africa was very expensive.

Now it’s the opposite. The US dollar is overvalued, and the rand is extremely cheap.

When I was here last year, I wrote to you when the rand had hit an all-time low against the US dollar, describing just how cheap South Africa had become.

My rental car was just $8 per day. Going out to eat for a multi-course meal at some of the most luxurious restaurants in town, with wine, was barely $15 per person.

In economics there’s a concept called the Law of One Price, which suggests in general that things should more or less cost the same around the world.

The Economist magazine routinely publishes its Big Mac Index, comparing the prices of Big Macs around the world, from London to Tokyo to Sydney, after converting local prices to US dollars.

In theory, the two prices should be more or less the same. Whenever they’re far apart, it suggests that a currency may be undervalued or overvalued.

South Africa’s currency has been massively undervalued. And anytime that happens, there are usually two ways it corrects.

First, an undervalued currency will get stronger.

That’s already happened. Last year when I wrote to you, the rand was at 16 per dollar. Now it’s strengthened to 14.

(Fewer rand per dollar means the rand is getting stronger)

The second thing that happens is that inflation kicks in, and local prices rise.

That’s why it makes so much sense to buy inexpensive, high quality assets in an undervalued currency whenever they’re available.

Look at South African stocks as an example.

But given that the rand strengthened from 16 to 14, in US dollar terms the JSE All Shares Index is up 22.1%.

This is what happens when undervalued assets and currencies correct.

When the currency gets stronger, you make money. And if there’s local inflation and prices rise, the value of your asset increases… and you make money.

This opportunity doesn’t always exist… but it does for now, at least for US dollar investors.

The US dollar is at a multi-year, multi-decade, and even all-time high against a number of other currencies.

From the UK to Europe to Colombia to here in South Africa, there are places all over the world where the currencies are cheap.

This takes a little bit of patience and legwork, but the risk-adjusted returns can be phenomenal.

I suppose that’s why I’m combing through real estate listings right now instead of shark diving with my friends… so much for vacation.

It’s possible that the US dollar will continue to stay strong for quite some time, so this opportunity isn’t going away tomorrow.

But it definitely makes sense to think globally and look for opportunities to trade an overvalued currency for something that can make you a lot of money– deep-discount, high quality assets denominated in undervalued currencies.