Guess which bank just froze my funds over a simple transfer 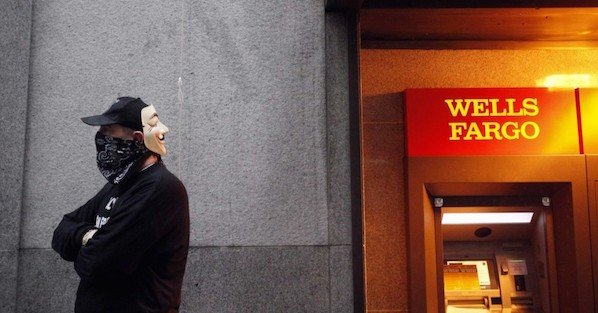 What I’m about to tell you is a true story that highlights just how pathetic the banking system has become.

A few months ago I was presented with a compelling opportunity to invest with a prominent, well-established private business based in the UK.

And, after extensive due diligence, I decided to make the investment… around $4 million.

Because this particular investment happened to be denominated in US dollars, though, the funds were routed through the United States via one of the major Wall Street banks.

We’ve talked about this before– the vast majority of global trade and commerce is denominated in US dollars and clears through the US banking system.

As an example, the agriculture company that I founded in Chile a few years ago is rapidly becoming one of the largest blueberry producers in the world.

We sold blueberries to a big wholesaler in Ireland this season– and they paid us in US dollars. Their payment was routed from their bank in Ireland, through the US banking system, to our bank in Chile.

Nothing about that deal had anything to do with the United States. But regardless, the money still had to pass through a US bank. And that’s how the global financial system has functioned for 70+ years.

Yet over the past decade, banks in the US have really started to abuse their status as critical financial intermediaries.

A big part of this is because banks are under intense pressure from the federal government to stamp out money laundering, terrorist financing, tax evasion, and any criminal activity they can find.

These are reasonable objectives to pursue… but their execution has been dismal.

Unable to tell for certain whether that $5,000 wire transfer to Aunt Sally was for legitimate purposes or part of some grand tax evasion scheme, banks have defaulted to being suspicious of everyone and everything.

Deposit or withdraw a few thousand dollars in cash to/from your own account? Suspicious.

Make an investment in a private business they’ve never heard of? Suspicious.

Raise money from investors to launch a new business? Suspicious.

In my case the bank thought sending money to the UK was suspicious; apparently these guys think London is the hotbed of financial terrorism.

(I’d rather not say exactly which bank was giving us so much trouble since they’re basically all the same… but to give you a hint, the name begins with “Wells” and ends with “Fargo.”)

That’s the part that really gets me.

It’s not like the money was being sent to ISIS in Syria or Jihadis-R-Us in Afghanistan.

This transfer was coming from an impeccable source and going to a well-established, regulated business in one of the most advanced countries in the world.

It would have taken a five-year old about 30 seconds to Google everything and realize, “Oh right, this all makes sense.”

Yet instead some munchkin-brain in the bank’s compliance department decided he “wasn’t comfortable with the transfer” (as we were told).

And so, without any actual reason or evidence, Mr. Rock Star Compliance Guy denied a perfectly legitimate transaction. And then, just to be extra certain that he was saving the world, froze the funds.

I had to put one of my staff on a plane and fly her 8 hours to the United States just to get the money unstuck… a completely ridiculous waste of time and money.

It’s one thing to be vigilant against terrorism. It’s entirely another to constantly work against your own customers without exercising any common sense or basic professionalism.

It didn’t used to be this way. There once was a time when bankers were sophisticated business people and shrewd investors who understood the needs of commerce… and the customer.

But banks are no longer run by bankers. They’re run by oblivious bureaucrats who scrutinize every transaction looking for any excuse to say NO, forcing legitimate businesses to walk around on egg shells just to conduct simple transactions.

A big cause for this is that banks don’t need to do any real business anymore to make money.

They get to borrow practically unlimited funds nearly interest-free from the central bank, and then loan that same money right back to the federal government at a higher rate of interest.

They provide mortgages to home buyers… then flip those mortgages to one of the federal government housing agencies like Fannie Mae, essentially guaranteeing the bank a zero-risk profit.

They get to milk their customers with all sorts of unnecessary fees, paying a whopping 0.02% interest on deposits in return.

They even get to steal from their customers through outright fraud– fraud which, despite all their compliance and scrutiny, conveniently fails to be detected by internal watchdogs.

And ultimately, when they screw it all up, they get to whine about how they’re too important to fail and demand a taxpayer-funded bailout.

With all of these guaranteed profits and safety nets, banks don’t actually have much incentive to do any real banking business anymore aside from multi-billion dollar deals with Apple and AT&T.

So it’s much easier and lower risk for them to adopt a guilty-until-proven-innocent attitude and be an obstacle to business and commerce.

Mine is just one small example of their financial barbarism… and far from an isolated case. These things happen countless times each day.

And it’s a good reminder to not keep all of your eggs in one basket… including a bank.

Remember that any money you deposit at a bank technically becomes the bank’s money. It’s their asset, and they’ll do whatever they please with it, including restricting your most basic transactions.

So it’s a reasonable idea to keep a month or two’s worth of living expenses denominated in physical assets like cash and gold in a secure place. This is a form of savings that’s 100% under YOUR control.

The good news is that cryptofinance technology could rapidly make banks obsolete faster than anyone realizes. More on that tomorrow.