How does your country treat hard working people? 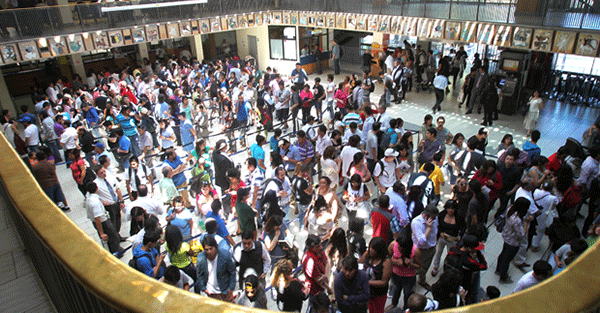 About ten days ago, I had the pleasure of going through final procedures to obtain my permanent residency permit here in Chile.

Sitting in the waiting lounge of the Civil Registry office in downtown Santiago, I found myself struck by the mix of people.

Many of them were from Venezuela, people who are fleeing extreme hyperinflation and food shortages back home. They’re coming here in search of a better life.

It’s sort of a modern day version of the Irish Potato Famine.

Back in the mid 1800s, Ireland was going through one of the worst famines in its history.

Between a plant disease that wiped out their food supply, and short-sighted government policies that only made things worse, millions of Irish were left starving and homeless.

The smart ones escaped to the Land of Opportunity: the United States.

It wasn’t an easy journey back then. One in five died from disease or malnutrition during the voyage to America.

And once they landed life didn’t get much easier.

There was no free ride, no handouts, no support… nothing. They were entirely on their own, left to work hard and take risks in order to move up in the world.

But that was then.

Today the US no longer lifts its lamp beside the golden door, as inscribed at the foot of the Statue of Liberty.

But other countries around the world like Panama, Singapore, and Chile, have displaced America to become more welcoming to any foreigner willing to work hard.

As I’ve written before, Chile is one of the easiest places in the world for foreigners to obtain legal residency with full rights to live, work, invest, and start a business.

(And after five years of residence, you’re eligible to become a Chilean citizen and obtain one of the most valuable passports in the world.)

The cost of starting a business here can be as little as around $20. And with a new business, the first 25 employees you have can ALL be foreign.

There’s no special hoops to jump through; in fact, I’ve done this with our entire team down here in Chile, obtaining legal work visas for people from places like Slovenia, Thailand, Lithuania, Ukraine, New Zealand, Canada, Argentina, the Philippines, and more, all with just a single page work contract.

As a business manager, it’s amazing to be able to hire anyone I want from all over the world, instead of being constrained by what’s available in the local labor market.

This is an extremely rare benefit to business, especially as more and more countries erect huge barriers to entry.

Much of the reason why Chile remains so open is because it’s difficult for foreigners to freeload.

In Chile, you have the right to enter and work. And that’s about it. No one is going to take care of you. You’ve got work hard and succeed on your own.

All they’re offering is opportunity, which comes at no cost to anybody.

And what the country gets as a result are motivated people from around the world eager to put their energy towards being productive.

This to me is one of the strongest indicators of the country’s future potential: looking at how a country treats hard-working people (including its own citizens) tells me a lot about where that country is going.