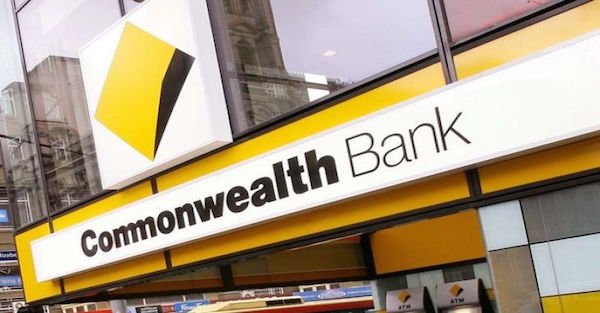 This morning after my plane landed from Bangkok, I was having breakfast in the business lounge in Sydney and glanced at the local paper, The Australian.

The front-page headline told the story of yet another banking scandal:

The article was about how six prominent investment bankers in Australia colluded to defraud investors.

I’ll pause and acknowledge the obvious– banks are constantly screwing their consumers and violating the public trust.

That much is a given.

It’s been proven time and time again that banks lie, cheat, steal, and otherwise do whatever they have to do to make more money at our expense.

They manipulate markets. They make wild bets with their customers’ savings. They engage in accounting tricks to make themselves appear financially healthier than they really are.

And if that weren’t enough, the banks have the audacity to treat us, the customers, as if we’re the criminals.

And if you’re adventurous enough to test this point, try withdrawing a few thousand dollars of your own money in cash and see if you feel like a valued customer.

Even for banks that behave with a modicum of decency, there’s still the simple fact that an average deposit account pays a laughable, minuscule amount of interest.

JP Morgan, Bank of America, and Wells Fargo all currently offer rates between 0.01% and 0.04% for checking and savings accounts.

Sure, interest rates in general are obviously low. But they’re no longer zero– the Federal Reserve has been gradually raising rates over the last 2 ½ years. Even short-term Treasury Bills pay nearly 2% on an annual basis.

Yet despite these steady increases, the biggest banks haven’t budged on how much interest they pay to their depositors.

In light of all this, there’s literally no reason to leave the bulk of your savings in a bank, especially with so many alternatives for savings and lending, including short-term bonds, blockchain, and Peer-to-Peer loan websites.

Yet in some sort of bizarre financial Stockholm Syndrome, most people still keep the vast majority of their savings in the very same banks who have a history of defrauding them.

This is pretty strange behavior. These banks are stealing your money, whether directly (Wells Fargo) or indirectly (in the case of the interest rate mismatch).

It’s not like this is some closely-guarded secret either. It’s all over the news, and the banks have admitted their guilt.

So people who don’t make any financial changes are deliberately choosing their captors over common sense.