How one Silicon Valley entrepreneur lost his faith in the system 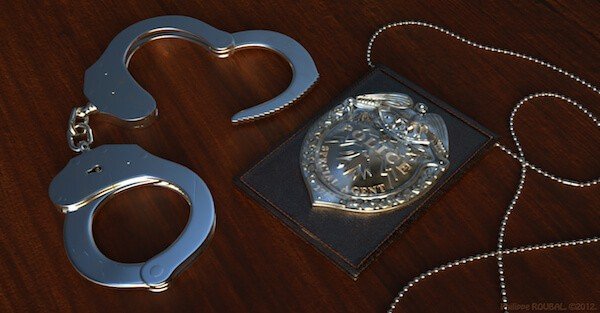 Today I’m going to introduce you to my friend Ben, easily one of the most unique, intelligent people I know.

I first met Ben at my summer Liberty and Entrepreneurship camp several years ago.

He had recently dropped out of Harvard after winning the prestigious Peter Thiel fellowship, which has an incredibly competitive selection rate of less than 1%.

He was working on an intriguing new business, and after conducting our own due diligence, my fellow camp instructor Craig Ballantyne and I both invested a six figure sum.

Ben is extremely talented, and it’s been a great deal so far.

The company will likely break $10 million in revenue this year and return strong free cash flow to shareholders.

But that’s just the business and brainy side of Ben.

Ben is ridiculously grateful every single day for simple pleasures that most people take for granted. Running water. Electricity. Salt.

Ben lives in the San Francisco area and has unfortunately had too many first-hand experiences with the city’s rising crime rate.

He’s had his car broken into and vandalized a number of times, and recently his car was actually stolen.

Ben was able to track it down using a GPS device and mobile phone app, ultimately finding the vehicle abandoned because the perpetrator had run out of gas after joyriding all day.

Being the optimistic person that he is, Ben wasn’t even upset. He believes that the man committed this crime out of economic necessity, and felt grateful that he’d never been put in a similar position.

But then, literally the NEXT DAY, the SAME guy stole Ben’s car. Again.

Something tells me this guy won’t win the “Criminal of the Year” award.

What follows is Ben’s story– the story of an incredibly optimistic, forgiving person who always gives people the benefit of the doubt.

But after this experience, even Ben is losing faith in the institutions that are supposed to keep society safe.

It’s not a dig at any particular individual. There are plenty of good cops who want to help, and plenty of bad cops who are violent scumbags.

It’s about the institution itself– one that’s bureaucratic, ineffective, and fails to accomplish its purpose.

Here’s an excerpt from Ben’s story, which he shared on Facebook:

I woke up this morning at 8:15 am, checked for my car, saw that it was stolen again and being driven around San Francisco by the same perpetrator who broke in yesterday and abandoned the vehicle after it ran out of gas.

I call 911 immediately, inform them of the situation.

But they tell me that, even though I literally have a GPS tracker in my car, and know exactly where it is, and that it’s being driven by perpetrators right now, I’ll need to file a police report before they can do anything.

Later, at the police station, the officer who helps me acts entirely unconcerned, spending plenty of time gossiping with the other police officers as well as texting on her phone.

No one seems actually concerned that there is literally someone driving my vehicle around right now in San Francisco that they *could* apprehend, but won’t.

After being stuck at the police headquarters for close to an hour while helplessly watching the perpetrators drive all around the greater San Francisco area, I make up an excuse and tell her that I need to leave.

She writes down my case number and lets me go.

So that was almost two hours we wasted, just getting there and filling out paperwork.

Yesterday when I called 911 I waited for over 3 hours for a police officer to show up. But no one ever came.

Cops in a nearby city told me a story of SFPD getting a “burglary in action” call, which they took *nine* hours to respond.

Now, I’m a pretty optimistic person and willing to give people the benefit of the doubt in a *lot* of cases, and also understand where they’re coming from.

I don’t even care that these guys stole my car; this is an economic crime – if they were rich, they wouldn’t be going around stealing cars and risking years in jail.

I’m fortunate I didn’t have to grow up poor and surrounded by bad influences.

But if it’s THIS hard to get the police to help me while I have a GPS device tracking exactly where the car is, and they fail to do anything about it while I’m mired in paperwork, and I have to literally track the suspects down myself in some absurd vigilante justice situation, how can I trust the system?

What happens when it comes to far more serious crimes that are not economic in nature, but threaten life and bodily harm?

No wonder the vast majority of rapes go unreported and unpunished.

If it’s this hard to successfully apprehend a criminal in a case like this, how can anyone possibly have faith that the police or government will be able to respond effectively?

And this is only the tip of the iceberg in the justice system. After they’re apprehended, everyone gets away anyway in those less clear cut cases.

The end of the story is that Ben recovered his vehicle, thanks primarily to modern technology and his own persistence to force the cops to do their jobs.

Of course, now his car is in a police impound lot while they go through even more of their bureaucracy.

But Ben, being the entrepreneurial value creator that he is, always looks to solve problems rather than complain about them.

And he closed his Facebook post with a call to action: “This bothers me a lot. This is not okay. What can we do about this?”

I have a few ideas. Let’s discuss next week.