How to profit from China’s horrible air pollution 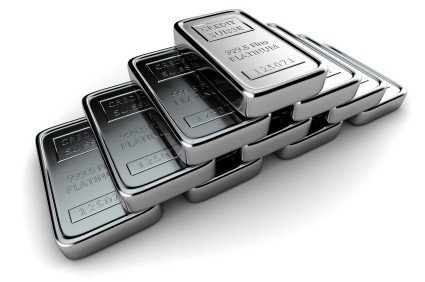 China’s major cities have a huge air-pollution problem.  And in other breaking news, the Pope is Catholic.

It’s obvious that all the heavy industry, coal-fired power plants, and choking traffic congestion, etc. have all taken a massive toll on Chinese air quality.

It’s gotten to the point where the pollution is choking off China’s tourism industry.  Who wants to go and climb the Great Wall or visit the Forbidden City anymore when you can barely breathe?

One part of the Chinese government’s efforts to solve the air pollution problem involves mandating the use of catalytic converters on all vehicles.  This is a decades-old device that rids exhaust fumes of some of the most dangerous pollutants.

The key active ingredient in catalytic converters for diesel vehicles, which are the heaviest polluters, is platinum.  In gasoline-fueled vehicles, palladium may also be used.

Each catalytic converter contains only a small amount of the precious metals — a fraction of an ounce.  But when you are talking about tens of millions of vehicles in China, the demand for platinum and palladium quickly adds up.

Both these metals are extremely rare — much rarer than gold.  And they are found in significant quantities only in politically unstable countries as Russia, South Africa, and Zimbabwe.  So, in addition to growing demand, you also have the perfect set-up for a supply squeeze.

South Africa’s platinum miners are notorious for regularly going on strike.  And, Russia has been known to completely ban exports of palladium from time to time.

There are a number of ways you can take a position to speculate on rising platinum and palladium prices.  You could, for example, buy shares in companies that mine these metals.

Norilsk (in Russia) is the world’s biggest palladium miner.  But nickel is a far more important part of its business, so it’s not a pure play on palladium, by any means.

Anglo Platinum, Impala Platinum, and Zimbabwe Platinum are the main producers of platinum in Southern Africa.  But again, production stability is a major issue in these countries.

Some readers may remember Simon’s travels through South Africa last year, right around the time when Anglo Platinum was in the middle of a huge strike. 34 workers died in a riot, and it almost caused a national revolution. Not exactly stable.

So if you don’t want to take the risk on these mining companies, my suggestion is to get direct exposure to the metal.

Some investors enjoy the convenience of ETFs, like ETFS Physical Platinum Shares (PPLT), which is an exchange-traded instrument designed to mirror the price of platinum.

ETFs, however, tend to carry a great deal of counterparty risk and can often be poor proxies for underlying metals prices. Nothing beats the simplicity and security of holding it in your hand.

So my ultimate recommendation is to own physical platinum bars and coins, like the American Platinum Eagle or Canadian Platinum Maple Leaf. Both of these coins consist of .9995 fine platinum and are recognized around the world.