How we’re investing to disrupt the system 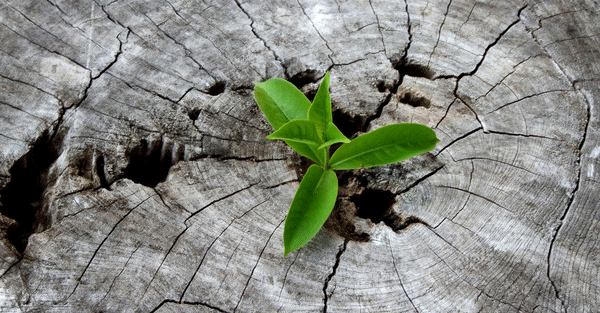 I’ll be brutally honest– I’m so tired right now I can barely write this email.

For the past five days I’ve been going on almost no sleep.

I’ve been on my feet almost all day, every day, with an absolutely sadistic schedule trying to cram a year’s worth of education into a single long weekend.

We even spent several hours engaged in rigorous outdoor exercise and physical activity, to the point that I started to feel like I was in the military again.

(My legs are still quivering from a calisthenics exercise that my friends and I have dubbed ‘the Punisher’.)

But despite all this stress and physical exhaustion, I wouldn’t change it for the world… it was the only place I wanted to be.

As I mentioned to you in my last letter, this past weekend was our annual Liberty and Entrepreneurship Camp.

Each summer we host roughly 50 people from all over the world at a lovely lakeside resort in beautiful Lithuania.

My fellow instructors and I, all successful entrepreneurs who espouse the philosophy of personal freedom, lecture about business, freedom, and finance.

We cram A LOT into five days. It’s intense.

For many students the camp is a transformational growth experience.

For me it’s been life-changing.

Sovereign Man spends a lot of money to sponsor these camps, but I come away each year more and more energized about the future generation of problem solvers who will tackle the world’s big challenges.

It’s a tremendous honor to invest in their knowledge and growth at an early stage, and I have no doubt that many of them will be major disruptors on a global scale.

And the world certainly needs disrupting.

These are among the largest economies in the world. And their governments are flat broke.

This isn’t even a sensational statement to make.

Each government publishes its own financial statements showing in black and white that they are insolvent.

(In the case of the US government, its “net worth” is currently NEGATIVE $60 trillion. It’s astonishing.)

On top of that, the global financial system is breaking down at an incredible rate.

Central bankers, who are nothing more than unaccountable, unelected bureaucrats, have been awarded totalitarian control of the money supply and given the ability to conjure unlimited amounts of paper currency out of thin air.

The end result is that our financial system now boasts more than $13 trillion worth of bonds that have NEGATIVE yields.

The mere concept of essentially paying someone else for the privilege of lending them your money is intellectually offensive.

That there’s $13 trillion of those toxic assets in the financial system seems almost fantastical.

And yet it’s true. Even more, this dangerous trend is growing at an almost exponential rate.

Plus, these negative rates are starting to cause serious problems in the banking system.

Right now we’re seeing this unfold most notably in Italy, where one of the country’s largest banks is nearing failure and in need of yet another bailout.

This cancer will continue to spread.

Even many of the central banks themselves, the biggest institutions at the top of the global financial system, are themselves technically insolvent.

I find it very difficult to look at so much objective data… so much debt, insolvency, negative interest rates… and conclude that this is a consequence-free environment.

As I pointed out to our students this weekend, it’s probably not a good thing that most western governments and central banks are insolvent, and their banking systems are in need of a bailout.

History is full of examples of previous global financial crises that share similar characteristics, and it really seems foolish to believe that this time is any different.

But this isn’t any kind of doom and gloom prediction. Nor is it controversial.

This is merely common sense: an objective, truthful look at reality based on publicly available data.

But just because the data and conclusions are negative doesn’t mean that we should panic.

If you understand what’s happening, you can take preventative steps to reduce the ways these risks impact your life.

If your banking system is dangerously insolvent (i.e. today in Italy), don’t hold the majority of your funds there.

If your government is confiscating citizens’ assets at record levels (Civil Asset Forfeiture in the US), don’t hold all of your assets within its reach.

These are simple concepts. And the tools do exist to dramatically mitigate the risks.

But as I told our students over the weekend, it’s important to not live in fear and panic about the next financial crisis, no matter how big it may likely become.

This bizarre financial system, with all of its insolvency and negative rates, could implode in spectacular fashion next week.

Or it could persist for several more years. No one has a crystal ball.

If we’ve learned anything since the last crisis, it’s that the political and banking establishment is incredibly adept at kicking the can down the road.

So the most important thing anyone can do about it is learn about both the problems AND solutions, then take some common sense steps to ensure you’ll always be in a position of strength no matter what happens (or doesn’t happen) next.

Then, and only then, you will be able to take advantage of the incredible abundance of opportunities out there.

Every big problem is an opportunity in disguise. And we’ve barely scratched the surface of the big problems.

But these problems are all fixable.

And that creates nearly limitless possibilities for investors, entrepreneurs, and skilled workers to create value– the most important currency of all.