I thought this deal was ABSURD, but pensions are piling in… 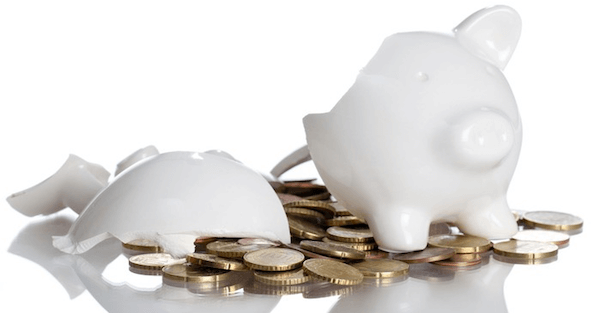 We have been talking about the pension crisis for years now. It’s without a doubt one of the biggest, financial disasters.

These pools of capital, responsible for paying out retirement benefits, are terribly underfunded. So anyone depending on a pension in their retirement years should seriously consider a Plan B – and sooner rather than later.

We aren’t alone in sounding the alarm on pensions.

The World Economic Forum reported that in 2015, worldwide pensions were underfunded by $70 TRILLION. That is larger than the top 20 economies in the world, combined.

In the US alone, federal, state, and local government pensions are $7 trillion short on the funding they need to pay what they have promised.

And none of this includes Social Security’s almost $50 trillion of unfunded obligations.

Even the private sector isn’t in great shape. US corporate pensions are a combined $553 billion in the hole. And one quarter of those funds are expected to go broke within a decade.

Most pensions require about an 8% annual return to break even (and make all the payments they’ve promised)… historically, these funds could achieve decent returns with a mix of conservative, fixed-income investments. But after a decade of ultra-low interest rates, achieving an 8% return in bonds would be a dream.

So these pensions are forced to take on more and more risk just to break even (oh, and deal with corrupt government officials)…

They’re essentially taking the teachers’ and firemen’s retirement money and betting it on black… hoping to dig themselves out of the enormous hole they’re in.

Remember, pension funds are supposed to be some of the most conservative investors on the planet. Millions of people rely on them to make prudent investments to provide them with a decent income in retirement, not to make large, risky bets hoping for outsized returns.

But pensions are desperate. And they’re swinging for the fences just to make ends meet.

Pensions have nearly doubled their allocation to real estate since 2006 (investing an extra $120 billion into the sector).

But a certain type of real estate investment called “opportunistic investments” has grown sixfold over the same period.

“Opportunistic investments” is just a fancy term for being a real estate developer. In other words, pension funds are basically building spec properties now.

At least with a normal real estate investment, the funds can buy an asset and earn a reliable income stream. But now they’re buying speculative land, developing it (often taking on debt to do so) and hoping to flip it to someone at a higher price somewhere down the line.

This is wrong for so many reasons.

Remember that outrageous real estate deal I was offered back in July?

A big bank was raising $500 million to buy a building in midtown Manhattan… then they wanted to spend another $1,000 per square foot on renovations.

I immediately passed. Why would I buy a building in one of the most expensive cities in the world, at a market high… then spend a fortune (and several years) renovating the property… then pray we don’t have a market downturn so I can sell the property to a higher bidder.

Calstrs, one of the largest pension funds in the US, has allocated $5.7 billion to opportunistic real estate. And they think they’re going to make 13% to 30% on these investments (compared to 6% to 9% with traditional real estate).

What could possibly go wrong here?

Everything needs to go right for pensions to make money on these investments. But I see a lot more that can go wrong.

I was able to pass on this deal. But the millions of Americans depending on a pension for retirement don’t have that luxury… they’re at the mercy of the pension managers to make decisions for them.

And they are not making sound decisions today.