Incredible. US government just screwed itself out of $3 billion in tax revenue 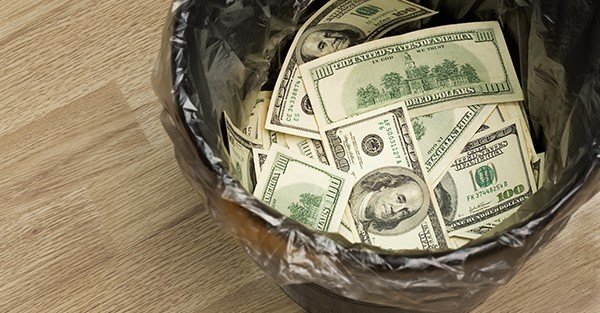 What’s the dumbest thing you can possibly imagine your government doing?

It’s a serious question– think about it for a moment.

Now, whatever you come up with, I’m about to present an option that will probably blow it out of the water.

This morning, pharmaceutical mega-companies Pfizer and Allergan announced that they were bowing to US government pressure and terminating their $160 billion merger that was announced a few months ago.

Big deal, right? Who cares whether or not a couple of drug companies merge?

I’ll explain, because this is really incredible:

Pfizer is based in the United States, where the corporate tax rate is one of the highest in the world at 35%.

Allergan is based in Ireland where the corporate tax rate is 12.5%, and can be as low as 10% for companies engaged in manufacturing.

So the plan was simple. The two companies would merge together and maintain Allergen’s headquarters in Dublin.

That way the new corporation would be subject to the low Irish tax rate rather than the high US tax rate.

It was a great move for shareholders.

Every tax dollar that the company saves is an extra dollar that can be reinvested for growth, or returned to stockholders to spend or save as they see fit.

Those stockholders include countless individual investors, as well as large mutual funds that manage the savings of millions of people.

All of those shareholders were set to benefit from the merger.

But the US government didn’t like that idea. They want all the money for themselves.

So two days ago the US Treasury Department decided to squash the deal.

There were no laws passed. Congress didn’t have a debate or propose any new legislation.

Nor were any courts involved. There was no judge, jury, or legal pleading.

The Obama administration simply set aside the law and changed the rules in its sole discretion to force the deal to break down.

It was an extraordinary example of how the rule of law counts for absolutely nothing in the Land of the Free anymore.

They ignore their own laws whenever they want in order to be able to do whatever they want. This is banana republic stuff.

But to add injury to insult, aside from the offense to freedom and general stability, it was also a financially destructive thing for them to do.

Look at Allergan, one of the two companies involved in the merger.

Even though Allergan is headquartered in Ireland, it still does owe some US tax.

Remember, these are large, multinational companies that end up paying tax in dozens of countries around the world.

Allergan’s actual US tax bill has averaged about $290 million per year over the last five years (which is about $50 million more than Pfizer pays in US tax).

$290 million might sound like a lot of money. But in reality it only paid for about 6 hours and 18 minutes worth of INTEREST on the US federal debt last year.

So this is really a trivial sum for a government that burns through cash like a drunken sailor.

But consider just one of the consequences of the deal getting squashed: Allergan’s stock (traded on the New York Stock Exchange) plummeted.

According to the Financial Times, over $20 billion worth of shareholder value was wiped away in just minutes.

Now, before the Bernie Sanders crowd cheers that evil capitalists have been served their just desserts, think about the implications.

INCOME tax is not the only tax in the Land of the Free.

The US government also taxes capital gains, e.g. the tax you pay on gains when you sell an investment for more than it cost you.

Capital gains tax rates in the US are as high as 20%, not including the 3.8% Obamacare surcharge.

This means that, since the US government wiped out $20 billion in market value from Allergan, there’s $20 billion LESS in capital gains available for them to tax.

In other words, the US government just cost itself $3 BILLION in potential tax revenue (15% x $20 billion).

For a government that seems so bent on getting every dollar they can, you’d think they would’ve done everything to support the Pfizer-Allergan merger.

After all, it would have meant much more capital gains tax.

But no. They still haven’t figured out that when corporations arrange their tax affairs in a way that’s in the best interest of shareholders, EVERYONE can win.

Instead they did something astonishingly short-sighted.

They cost themselves billions in capital gains tax for the sake of a few hundred million in income tax.

And most importantly they left absolutely no doubt that the Rule of Law in the Land of the Free amounts to absolutely nothing.

It would be pretty hard to come up with something dumber than that.