Is Netflix being run by the United States Congress? 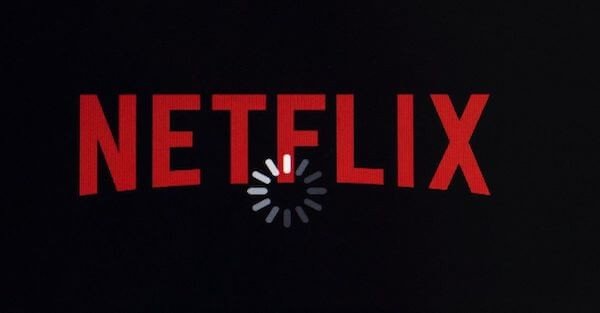 Shares of Netflix soared today on news the company lost a record $859 million in cash in the third quarter.

Why are investors applauding this egregious destruction of capital?

Well, it’s because investors only look at one number when Netflix reports earnings – subscriber growth.

And on that metric, the company outperformed, adding 6.96 million subscribers, bringing the global total to more than 137 million.

At 137 million subscribers, Netflix has about 2% of the global population as customers.

There are still around 90 million traditional TV accounts in the US (and about 36% of those also have a streaming account).

So there’s definitely room for Netflix to grow in the US and abroad (where the majority of growth is coming today).

But there’s a lot of competition for those new subscribers.

Netflix is up against YouTube (Google), Facebook, Amazon, Apple, Disney, AT&T, Fox… and all of the traditional cable companies that are fighting to maintain subscribers (and testing new offerings to compete with NFLX).

These are companies with DEEP pockets. They also have hundreds of millions of existing subscribers (in Facebook’s case, billions) to market to.

At the very least, all of the other companies in the space are going to drive the cost for programming way up… bringing margins way down.

The company has burned $1.7 billion in cash this year through the third quarter.

So every new subscriber comes at a giant loss.

And Netflix is making up for those losses with debt.

With interest rates rising, that interest expense is only going up.

The company has also spent $6.9 billion on content this year (meaning it should surpass its estimates of $7-8 billion). And it’s on the hook to pay out another $18.6 billion for content in the future.

That’s almost as much as Disney (at $174 billion), a beloved company with a nearly 100-year history that makes billions of dollars in cash every year and, gasp… pays a dividend.

All of the popular companies that are losing money today (Netflix, Uber, Tesla, etc.) are simply a transfer of wealth from investors to customers… because the companies don’t charge enough for their product.

Uber has never turned a profit. But it’s about to go public at $120 billion.

And Tesla is worth more than Honda, despite losing money, missing production deadlines and having a borderline psychotic founder.

I got an email from a company called TransferWise – a tech company that provides low-cost international transfers.

It explained the company has been losing money on every single transaction it makes.

They clearly said they can’t continue providing this service at a loss… and that prices are going up.

They even thanked their customers for hanging in there while they “learn from [their] mistakes.”

Who’d of thunk it?

When you deliberately sell something for less than what it costs you to provide the service, it’s not sustainable.

It’s as if these companies don’t realize the fact going in… you can’t lose money forever.

TransferWise understands now… all these other companies won’t be that far behind.

But for now, the madness continues…

Tesla is worth more than Honda.

Netflix is worth almost as much as Disney.

Lyft, another rideshare service, is also looking at an IPO. But it’s only expected to fetch $15 billion – about one-tenth of Uber.

If Lyft could figure out how to lose more money, then maybe it would have a real business.

These companies are run so poorly, you’d think they were managed by the US Congress.

On the topic, it’s a similar mentality with people still believing the US is the wealthiest country in the world.

It’s got $21 trillion in debt, debt-to-GDP is at 106% and the country is running $1 trillion annual deficits.

Yep, other than that, it’s the wealthiest country in the world.