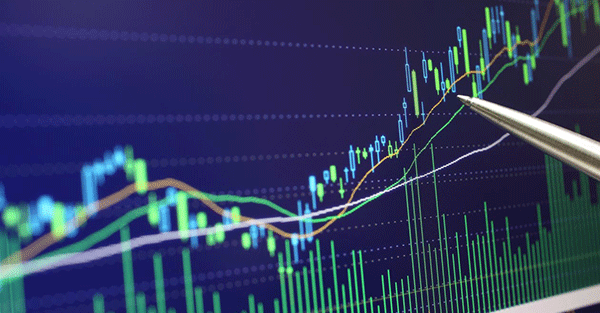 A few months ago, I needed to satisfy my curiosity.

You see, one of the things I pride myself on about Sovereign Man is that my entire team and I are extremely data-driven.

We make rational, calculated assertions typically based on publicly-available data.

When I say, for example, that the US is broke, it’s because I know how to read the balance sheet in the US government’s own GAO Financial Report (which shows that the federal government’s net position is NEGATIVE $16.9 trillion).

And this doesn’t even include long-term Social Security liabilities, whose own trustees calculate the present value of those liabilities in today’s money at over $39 TRILLION, or over $120,000 owed by every man, woman, and child in America.

Similarly, we’ve routinely stated that most Western stock markets are entirely overvalued, and that buying at these all-time highs is a loser investment strategy.

But again, I’m a numbers guy. So a few months back I ran the data.

Remember, the stock market has seen its share of bubbles and peaks. Before now, the most recent all-time high was back in October 2007 when the Dow Jones Industrial Average reached over 14,000.

If you had bought stocks back then, your return over the next 7+ years through today would be about 27%.

But when you adjust for capital gains tax (assuming a 15% rate) and inflation (assuming just 2%), the annualized return drops to a mere 2.5% per year.

Today the Dow stands at 17,800, making your gross investment return about 52%. Not bad.

But when you adjust for taxes and inflation, your average annualized return drops to a paltry 1.91%.

This hardly seems worth it, especially given the white knuckled roller coaster ride over the last 15+ years—The 2000 recession. 9/11. The housing bust. The Global Financial Crisis. Governments shutdowns and debt ceiling debacles.

But let’s be honest, it’s not like anyone buys exactly at the all-time high.

So I wanted to take another look—what happens to your real investment return if you buy near the all-time high?

The math is pretty simple.

More recently, had you bought stocks THREE YEARS BEFORE the October 2007 all-time high, your average annualized return after inflation and taxes through today would be just 4.52%.

*Now, one caveat I’ll mention is that my calculations do not take into account dividends received, and these would certainly boost the overall return.

Having said that, I also used official government inflation numbers (which are FAR lower than reality), and a lower capital gains tax rate—15%, vs. today’s 23.4%, vs. next year’s potential 28% rate. Nor did I include any state or local tax.

So on the balance I think it’s a pretty fair tradeoff.

Regardless, the lessons are pretty clear:

1) Taxes and inflation will destroy your investment return, even if you use the government’s understated monkey numbers.

2) Buying majorly held stocks and indexes, even several YEARS before an all-time high, will destroy your investment return.

Patience is a virtue. Sometimes the hardest thing to do is to wait for the right opportunity to come along.

Unfortunately, this is an extremely difficult thing to do. If you do nothing and simply hold cash in your bank, the best you can hope for is to lose money when adjusting for taxes and inflation.

So the urgency to put your savings to work is understandable.

Just make sure you invest sensibly. Stocks are volatile, and in no way risk-free.

You can substantially reduce that risk by buying well-managed companies whose shares are trading at a discount.