Land of the Free: Michigan man issued parking ticket in his own driveway 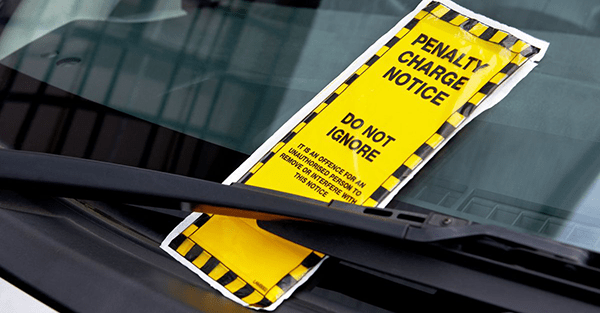 The state of Michigan is not exactly known for its balmy weather this time of year.

And residents reasonably do what they have to do to cope with often extreme winter temperatures.

Last Thursday a man named Taylor Trupiano of Roseville, Michigan did what a lot of people do in cold climates.

He walked out of his house, started his car, turned on the heat, and went back inside for a few minutes while his engine and vehicle interior warmed up.

According to Mr. Trupiano, he was only inside for about 7 or 8 minutes.

But by the time he came back to his car, there was already a parking ticket on his windshield– with a fine totaling $128.

Some local police officer had apparently driven by, noticed the vehicle was unattended, written up this heinous infraction, and left.

There are so many things wrong with this picture it’s hard to know where to begin.

First off, the citation that Mr. Trupiano received was a parking ticket. Yet his car was parked on his own private property.

Let that sink in: this man received a parking ticket while his car was parked on his own property.

You can’t even park your car on your own property anymore without being in violation of some series of laws, rules, or local ordinances.

The city government’s reasoning is that, if you leave a vehicle unattended, it may encourage car thieves to steal it.

This is pretty flimsy logic.

Sure, maybe if a car thief is standing right there he/she may take the opportunity.

But it’s not like some lowlife felon is going to turn the other cheek and stop stealing cars just because there are no unattended vehicles with the keys in the ignition.

Criminals bent on theft are going to steal no matter what, just like some murderous thug in Chicago is going to find a gun and kill people regardless of local firearm regulations.

When the story broke on local news, Roseville’s Police Chief told reporters that his department is unapologetic about issuing the citation to Mr. Trupiano.

Sounding like a man who cares more about statistics than actually catching criminals, the Chief claimed that 5-10 unattended vehicles are stolen every winter, which “drives our crime rates up.”

I looked at Roseville’s crime rates. They’re high. This is not a safe place.

With a population of less than 50,000, there are nearly 2,000 property crime incidents per year.

That includes at least a few hundred car thefts– which means that 5-10 vehicles is statistically trivial.

Clearly this issue of unattended vehicles is NOT the root of the problem.

And even if all the citizens of Roseville never again left their vehicles unattended, even on a cold winter day for just a few minutes to let the car warm up, it still wouldn’t make a dent in the larger crime rate.

But that doesn’t matter.

Roseville’s city government deals with its crime problem by establishing obscure regulations to restrict what law-abiding people are allowed to do in their own homes with their private property.

It doesn’t matter whether you are aware that these ridiculous rules even exist: ignorance of the law is not an excuse.

You’re probably in violation of half a dozen rules and regulations right now without even knowing about them.

Naturally, they’re all for your own good… to protect you against all the terrible choices that you might make as a grown adult.

Thank goodness these people are here to save us from ourselves! Of course, there’s always more work to do.

Speaking of statistically trivial risks, I read recently that falling vending machines kill a handful of people each year. Let’s get rid of them.

Roller coaster malfunctions claim 4 lives each year. Maybe they should ban those too.

Sugary drinks are clearly bad for you. Perhaps they should outlaw those, at least above a certain size.

Oh wait, they’re already trying to do that.

This is what freedom means today in the United Nanny States of America.