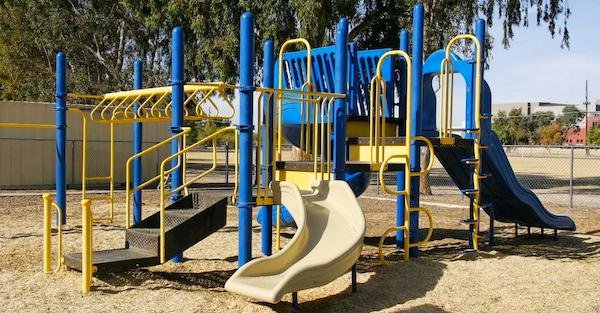 Rejoice, it’s Friday. Here is our weekly roll-up of bizarre and disturbing stories from around the world.

For years, the county of Ozark, Alabama hired a private laboratory to analyze paternity and drug tests.

These were pretty critical tests… because the county would rely on those test results to determine whether or not to take someone’s children away from them.

It turns out that lab’s owner, Brandy Murrah, was FALSIFYING those results.

Instead of running a legitimate operation, Murrah pocketed the money, and faked the test results.

Then she forged a doctor’s signature to certify the results.

The only reason Murrah was ever caught is because an innocent woman who failed a drug test tracked down the doctor to ask him about the results.

The doctor was bewildered and said that he never saw any such test results… and the trail of fraud led right back to Brandy Murrah.

That woman says her custody battle for her children was negatively affected because of this fraudulent drug test. And she’s likely not alone.

The Department of Human Services says they believe there may have been a “tidal wave” of cases where children were taken away from their parents based on falsified test results.

Pretty extraordinary… especially given that Murrah had a criminal history of fraud. And yet she was still put in this important role that has such an enormous impact on people’s lives.

Last week the Australian Federal Police raided the home of a journalist for unauthorized disclosure of national security information.

In April 2018, the journalist published an article in the Daily Telegraph about Australia’s surveillance state.

She described the plans of the Australian Signals Directorate (ASD)– basically the Aussie version of the NSA– to begin spying on Australian citizens, without warrants.

The intelligence agency currently only deals with international threats. But the plan was to allow the ASD to access citizens’ communications, and grant them the power to force private organizations to turn over data on customers.

No arrests have been made. But both news organizations have said openly that these government actions threaten freedom of the press. They vowed to protect their sources.

3. US federal Court tells the DEA to reassess marijuana harmfulness

Parents of children with severe diseases have had enough of the government’s health advice.

They teamed up to challenge the federal government’s placement of Marijuana as a Schedule 1 drug. Schedule 1 means the Drug Enforcement Agency (DEA) considers marijuana to have “no currently accepted medical use and a high potential for abuse.”

But the parents disagree. They see the marijuana extracts help their children with severe epilepsy and neurological disorders. And they say the DEA’s scheduling of marijuana is a risk to the health of their children, and everyone else who uses medicinal marijuana products.

At first the lawsuit was dismissed. But now a federal court revived the challenge. The court ordered the DEA to act on the plaintiff’s descheduling petition “with all deliberate speed.”

This is the farthest a challenge to the DEA scheduling of a drug has ever gone.

Uncle Sam wants to see what you’ve been Tweeting.

The US government will begin to require foreigners who want to visit the country to disclose their social media accounts on the visa application form.

You can indicate that you don’t have any accounts, but they warn that lying will be severely punished.