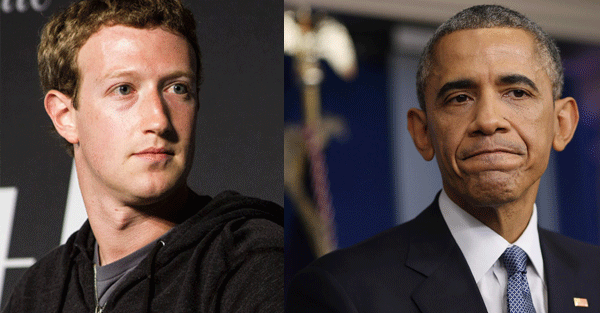 After an incredibly pleasant week in Medellin, I departed this morning for Panama where the capital city’s already notoriously painful traffic has become a parking lot in the wake of the Summit of the Americas.

Leaders from most of the Western Hemisphere are here for the summit, including one Barack Hussein Obama.

So you can just imagine the security nightmare. Everything in the city has ground to a halt.

Yet despite all the fanfare for the big bosses who are in attendance, so far it’s been Mark Zuckerberg who has stolen the show.

Yesterday the Facebook co-founder announced that, through his Internet.org foundation, he would provide free Internet access across Panama.

He’s already been doing it successfully in Colombia and several African nations.

It’s a sign of the times that a room full of politicians can’t even begin to accomplish a tiny fraction of what a single individual in the private sector can do.

What’s more, Zuckerberg’s pledge really shows how much the world is changing.

The politicians in attendance here are stuck in the old system that is defined irrelevant lines on a map.

But this system is rapidly changing, and it’s precisely because of technology.

12,000 years ago the Agricultural Revolution completely changed the way that human beings organized themselves.

Paleolithic hunters and gatherers who had spent countless generations roaming the earth in constant search of new sources of food were suddenly able to put down roots.

They discovered that by putting seeds in the ground and nurturing the soil, they could coax life-giving sustenance directly from the earth itself (including the dreaded gluten!)

Because of agriculture they didn’t need to roam any longer. They could stay in one place, and on a single plot of land feed an entire tribe.

For the first time ever, human beings could divide labor, allowing certain individuals to specialize in food production, while others took on other vocations in science, engineering, and medicine.

And even more importantly, they could consistently produce more than they consumed, building up a pool of savings to stash away for a bad harvest year, or to exchange with nearby tribes.

This changed everything about human civilization, including the way that societies were organized and the way they engaged in commerce. The Industrial Revolution is another great example.

For several decades, the world saw an unprecedented economic expansion based on rapid technological advances that made manufacturing and commerce dramatically more efficient.

People’s standards of living rose substantially. Feudalism was effectively destroyed. A real middle class rapidly emerged. And a brand new class of entrepreneurs rose through the ranks to become the new wealthy class.

Like the Agricultural Revolution, this changed everything, from the way that societies were organized to the way they engaged in commerce. Today it’s the Digital Revolution. And it’s changing everything.

People meet in chat rooms, fall in love online, and break up by changing their Facebook status. We have co-workers, bosses, and employees on the other side of the planet.

We have greater and greater control over the information we consume and the way we educate ourselves.

And the more this technology progresses, the less power that bankrupt, destructive governments have over us.

If they decide to ban firearms, we can start 3D printing them. If they impose capital controls, we can move our assets to de-centralized digital currency.

And if they continue to restrict even the most basic freedoms like what we can/cannot put in our own bodies, we can choose to move somewhere else where we can be more free (with the added benefit of paying less tax).

Digital technology and modern transport allow us to live wherever we want, earn money worldwide, and maintain relationships with loved ones across the globe.

It’s 2015. We no longer need to be confined by something as anachronistic as geography… or by the increasingly irrelevant governments that control it.