Meanwhile… as the world watched the election… this happened 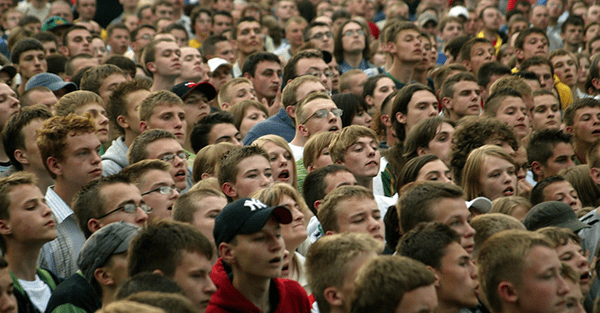 One of the most consistent aspects of travel is that, no matter where I go, the Clinton News Network (CNN) follows me around like the albatross in Rhyme of the Ancient Mariner.

So when I woke up this morning here in Thailand and flipped on the TV, the first thing I saw was Wolf Blitzer having an orgasm every time Hillary won an electoral vote.

It’s almost comical to suggest there was any semblance of objectivity throughout the entire cycle.

Hillary Clinton had the full and unabashed backing of the entire media establishment.

Yet all of those big guns proved to be ineffective against a citizenry that’s fed up with the status quo.

At least the losing side has accepted its defeat with quiet dignity.

University students across the country have come out of their safe spaces to protest by the thousand, chanting “F*ck Donald Trump” and “Not my President”.

The students’ sudden fury may be what caused the Canadian government’s immigration website to temporarily go down (though I’m sure this will somehow be blamed on the Russians).

Celebrities had some real gems like “Well, congratulations America you f–ked this one up,” and “I feel like I’m about to give birth to a baby that’s already dead.”

Comedian Chelsea Handler posted one of the most bizarre Tweets of the night, saying “My condolences to the President and First Lady. We will keep aiming high. We may not have you honored you this time, but we will honor you.”

So apparently this exercise of American democracy has dishonored the President.

But the word “never” apparently means 49 minutes to a Nobel laureate, because that’s how long it took for the S&P 500 to turn positive for the day once the market opened.

Krugman followed up that genius prediction with an even bigger one, writing that “we are probably looking at a global recession, with no end in sight.”

(I have heard that he suffers from myopia…)

Then there were all the all the expressions of shock from Clinton supporters who found the loss incomprehensible. They couldn’t possibly understand why she lost.

It reminded me of a wonderful quote from George Orwell (author of 1984) who wrote in a scathing essay on nationalism at the end of World War II:

The nationalist not only does not disapprove of atrocities committed by his own side, but he has a remarkable capacity for not even hearing about them.

I thought the late-night quickie from Clinton campaign chairman John Podesta summed it up perfectly.

While Hillary stayed in her $20,000/night suite at the Peninsula Hotel, Podesta was sent to tell the crowd of Clinton supporters that “She is not done yet!”

Nonsense. It was a big fat lie. Minutes later she called Donald Trump to concede the election.

Anyone trying to understand why she lost might take note of this deceit– even at the bitter end. She lied to her own supporters.

So here we are, disgust from so many, euphoria from others, and LOTS of uncertainty about what’s to come.

Just remember that uncertainty creates both significant risk as well as great opportunity.

Meanwhile, all the disgust and euphoria– these are intense emotions that cloud judgment.

We human beings tend to make very bad decisions… and miss a lot of important cues… when we’re emotional.

Example– while the entire world was transfixed on the contest to see who will be Captain of the Titanic, the government of India scrapped their two largest-denomination notes, 500 and 1,000 rupee, effective almost immediately.

It would be like the US government saying “At midnight tonight the $50 and $100 bills are no longer valid.”

Why? Well the official reason from the Indian government is to combat money laundering or some such nonsense.

But they’ve also admitted that they’re trying to move towards a “cashless society”.

So if your guy won, enjoy. If your guy/gal lost, don’t panic.

Either way, just keep your eye on the ball.