Meet the newest enemy of your financial privacy: George Clooney 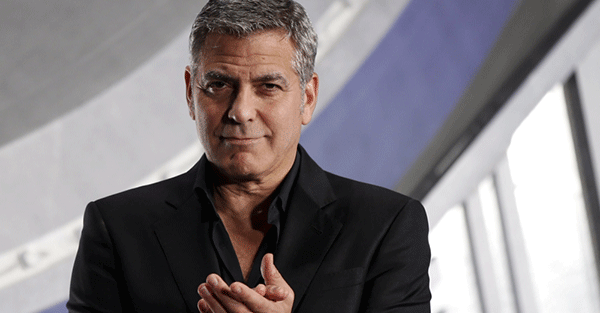 I’m at a complete loss for words.

I keep waiting for the deep baritone of that guy who voices all the action movie trailers to chime in. But it doesn’t come. Because this all real.

I’m talking about the trailer George Clooney has just released to promote his new non-profit, entitled THE SENTRY.

(Yes, they use all-caps. It sounds like a great name for the next Marvel superhero movie.)

THE SENTRY is an initiative that “seeks to disrupt and ultimately dismantle the networks of perpetrators, facilitators, and enablers who fund and profit from America’s deadliest conflicts.”

Wow, eliminating genocide sounds like an incredibly noble cause. Of course, in order to do so, Mr. Clooney’s aim is break down financial privacy.

There’s been a long-standing war against financial privacy for years.

As western governments have slid further into bankruptcy, they’ve made coordinated efforts to interdict privacy across the world through tax information exchange agreements, black lists, and turning bankers into unpaid spies.

Plus they’ve been extremely clever in their marketing campaign, working tirelessly to associate financial privacy with some of the worst elements of society.

At first, their propaganda suggested that only people interested in financial privacy were guilty of tax evasion. Then organized crime. Then terrorist financing.

This is really insane. Privacy is completely natural and part of our most basic social edicts.

Privacy is why it’s taboo to discuss how much money you make. It’s why we thrive on keeping secrets and knowing other people’s secrets.

Privacy is normal. And for years it was something that used to be the rule, not the exception. Especially in regards to finance.

That was the origin of the term “private banking”. It wasn’t about money laundering. It was about being a grown adult and keeping your business to yourself.

Now they’ve destroyed the concept to the point that anyone who seeks out financial privacy is suspect of tax evasion. Or organized crime. Or terror financing. Or now genocide.

And it’s not just finance; it’s privacy in all things.

Here in Europe the British Prime Minister wants to outlaw encryption technology… because apparently only terrorist criminals and ISIS members use secure email.

What’s even more bizarre is how a guy like George Clooney even has a say in the global financial regulations.

But I’m completely baffled at how George Clooney has any influence over my financial privacy. Or anybody else’s except for his own.

Ominously, THE SENTRY has been among the first that I’ve seen which specifically mentions gold as a means of illicit finance.

And governments have already taken dramatic steps to criminalize the holding of physical cash.

Apparently they want to ensure that your only financial option is to deposit your money with a shaky bank in a bankrupt country earning a rate of interest that fails to keep up with inflation.

Now, I think we can all agree that dictators are bad people (as are rapists, murderers, pedophiles, fraudsters, and corrupt politicians). And stopping them is a nice idea.

But the road to tyranny is always paved with the stones of good intentions.

Because no matter how many financial regulations get passed, and no matter how far the dictators are chased by Mr. Clooney on his white horse, the fact remains that bad people will always find the resources to do bad things.

And in the meantime, the crusade to save the world only serves to make everyone else less free.

This war on privacy is a war on freedom. And it’s getting totally out of control.