Money is power: how to take back yours from the government 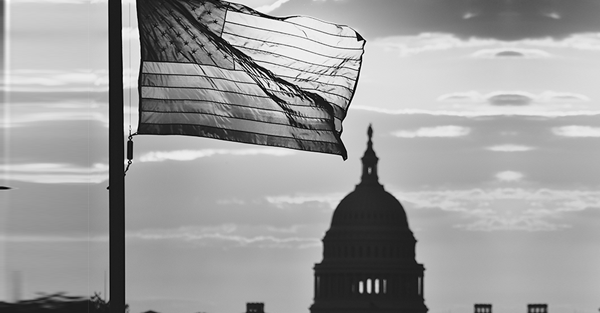 Almost one year ago to the day, I introduced you to Joe— a US Army combat veteran who lost his leg while deployed to Afghanistan in 2010.

Joe’s story was unfortunately all too familiar… except for one major twist.

Joe’s particular wound was so severe that the Army had to amputate nearly all of his right leg, practically up to his hip.

Now, it’s a rather sad statement that the United States of America is home to the most advanced prosthetic technology in the world.

But since Joe only had four inches of leg bone remaining, no existing prosthetic device could fit him. He needed something even more advanced.

He found out about a procedure called Osseointegration, which essentially involves fusing a titanium rod into the hip, and then attaching a prosthetic leg to that rod.

Joe was an ideal candidate for Osseointegration, and he asked the US government for support.

But the FDA in its infinite wisdom decided that the procedure was too risky for Joe.

Nevermind the fact that it was perfectly fine for Joe to take the risk and get his leg blown off in Afghanistan to begin with.

No… the FDA bureaucrats felt that Joe wasn’t grown-up enough to make his own decisions. So they declined to approve Osseointegration.

Now, Osseointegration was a perfectly valid procedure in other parts of the world—Australia, Germany, Sweden, etc. But not in the Land of the Free.

So if Joe wanted to get his leg fixed, the government told him he was on his own, that he’d have to go to one of those countries and pay for the procedure himself.

That’s about the time that I found Joe, roughly a year ago. He was trying to raise money on the Internet, and wasn’t coming close to making a dent in the bill.

I was infuriated by his story… how some callous, bumbling, idiotic bureaucracy had denied him the procedure and left him to fend for himself.

I was in a position to help, so I did.

As I’ve written before, one of the benefits of living overseas is that you can generate six-figure income and pay little to no tax.

It’s called the Foreign Earned Income Exclusion. And it’s not some creepy loophole for selfish billionaires.

It’s just part of the tax code that millions of Americans living abroad can benefit from.

… income that would have otherwise been used by the US government to send guys like Joe (not to mention countless civilians) to get their legs blown off.

So instead of income being taxed and earmarked for destructive purposes, I used my tax savings to buy Joe a new leg.

Last night we had dinner together, and I couldn’t believe his progress.

He’s walking around now with his new leg, totally unsupported. He doesn’t even need a cane, let alone crutches.

He recently got married and told me that he was able to dance with his wife at their wedding.

He’s even going to participate in a 5K in the next couple of weeks. Incredible.

But perhaps most importantly, there’s been a major knock-on effect from his procedure.

Joe is actively going to medical conferences now, showcasing how effective the procedure has been for him.

And in part because of Joe’s efforts and clear medical success, the US government is starting to permit other amputees to undergo Osseointegration.

I was stunned when he told me this last night.

All of this has happened in less than a year: his life has turned completely around, and even the federal government has now reversed its position on Osseointegration given Joe’s clear evidence that the procedure works.

This drove home such an important lesson: the most powerful change we can make has nothing to do with how we vote, but rather what we choose to do with our finances.

But if you take the perfectly legal steps to reduce the amount of taxes that you owe, your money can be invested in the change that actually matters to you.

There are so many ways to do this.

Anyone can maximize tax-advantaged retirement contributions, itemize deductions on 1040 Schedule A, or even re-domicile certain business income to a tax-free state.

A little bit of extra effort pays off, and doing this just makes sense.

Slashing your tax bill is certainly the easiest return on investment you’ll ever make.

But more importantly, if you disagree with the way that government wastes your money on war and destruction, reducing the tax revenue they have to squander is the most powerful weapon you have to truly affect change.

PS. There really are dozens of ways to cut your taxes. If you want to learn more about the Foreign Earned Income Exclusion you can read about here.