More Americans are transgendered than have foreign bank accounts… 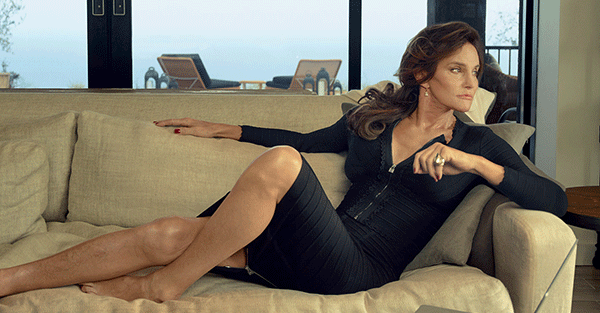 If it just so happens that Caitlyn Jenner has an offshore bank account, it would be like lightning striking twice in the same place.

I say this in light of two recent reports that have shown how exceptionally rare these two phenomena are.

Per a recent Economist article I read in-flight, with data from the Williams Institute, it’s estimated that 0.3% of the US population identifies as transgender.

Meanwhile, the IRS has just released data saying that one million people have filed the FBAR; this is the disclosure form that Americans are legally required to file in most cases if they have a foreign bank account.

After stripping out corporate submissions and other duplicates, this works out to be slightly less than 0.3% of the US population.

Apparently it’s about as much of an anomaly for an American to have a foreign bank account as it is for them to question their gender identity.

(I’m not commenting on gender identity issues, just pointing out that it’s uncommon.)

This is a testament to how at-risk Americans are financially.

US banks, according to their own financial statements, are extremely illiquid, keeping only a nominal percentage of your deposit on hand as cash or cash equivalents.

The rest of your money, upwards of 97% in most cases, is placed in the latest investment fad, whether it’s loaning money to dead people, or buying risky mortgage pools.

Banking, sadly, is a herd mentality. Bankers will do what every other banker is doing regardless of the risks.

And since so many US banks are comfortable with liquidity rates approaching zero, every other bank is fine with this as well.

The implications of this are profound; the slightest bit of strain on their operations means that there won’t be any cash for you to withdraw.

In the best case scenario they’ll make you wait a few days to access your account, while they call back loans and other investments to try to scrounge up the money.

In the worst case scenario, if the banks are not only illiquid, but insolvent, you’ll never see your money again. This is increasingly likely.

Again, their own numbers show that top US banks are not well-capitalized and have been using clever accounting tricks to hide major losses for years. (I’ll record a whole podcast soon to walk you through this scam.)

Regulators know this and are starting to hold unscheduled, closed-door meetings with the banks to figure out how bad the damage is.

The Federal Deposit Insurance Corporation (FDIC) theoretically insures you against a major collapse, but even they report that they are not prepared to handle a financial crisis.

This then leaves the fate of the US banking system in the hands of a government that is insolvent to the tune of $18 trillion, and supported by a central bank who’s nearly insolvent as well.

This is hardly a stable system. And insiders know it– the US government has already baked in rules forcing individual depositors to “bail-in” the banks if the system fails.

The point here is that there are numerous risks in keeping all of your eggs in one basket. Especially when that basket is visibly rotting through the base.

Sadly, most Americans either are ignoring the obvious danger in the system or are simply not taking action. Either way, 99.7% of the population is completely unprepared for what’s to come.

There may be many more who are simply not filing, or who don’t meet the threshold. But even if the real number is 10x the IRS estimate, that’s still 97% of the population without a clue.

Hopefully you’re not in that group.

If you take a peek outside of the United States you’ll see that there are places of refuge out there.

They are located in stable jurisdictions with well-capitalized central banks and solvent governments that can genuinely fulfill their promises of support.

Taking at least a portion of your savings and putting it into a more secure bank abroad is a sharp financial decision.

And it is also a completely legal one—as long as you make sure to meet the IRS’s compliance requirements.

This includes filing your FBAR by the June 30th deadline, just one week from today.