More unbelievable facts from the US government’s own financial reports 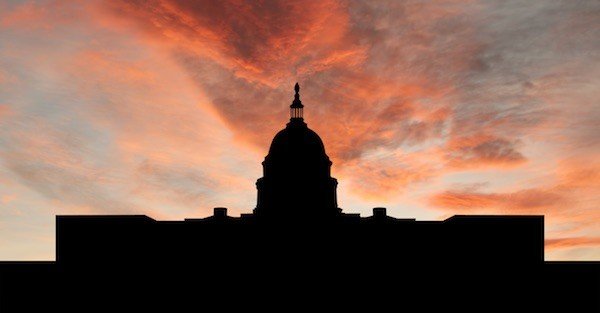 Yesterday I told you that the US government had recently released its annual financial report to the public.

And the numbers are pretty gruesome.

For example, the government’s “net loss” in fiscal year 2016 more than doubled, from MINUS $467 billion to MINUS $1 trillion.

It’s astonishing that anyone could manage to lose so much money, let alone in a year where devoid of major wars, recessions, financial crises, or infrastructure projects.

But what else can we expect from an institution that spent billions of dollars to build a website?

Today I wanted to highlight a few other items from the government’s report that are worth repeating:

1) The federal government failed its own audit. Again. (page 37)

Auditors have a bad reputation. People typically conflate ‘auditor’ with the guys at the IRS who harass taxpayers.

This isn’t the case.

Auditors actually work for you.

Their job is to be an independent, objective set of eyes. They go into a company on your behalf and review all the records to make sure that there’s no fraud or deceit.

Every year, big companies submit their financial statements to auditors for inspection, and auditors spend weeks doing their own studies to determine if those statements accurately reflect the company’s true condition.

In fact, our agriculture company is undergoing an audit right now by a large, international accounting firm.

It’s important: audits provide an independent assessment to the shareholders indicating that everything we’ve said about the company is true.

Needless to say, when a company fails its audit report, it’s a BIG deal.

That’s what happened to the US government.

The government submits its own financial statements each year to the Government Accountability Office (GAO), its in-house auditor.

But the GAO gave the federal government a failing grade, yet again, and specifically singled out the Defense Department for “serious financial management problems.”

If this were a private company, the senior executives would be out on the street and probably facing criminal charges.

This is pretty sad.

Like any large business or bank, the US federal government holds a number of financial investments.

Big banks, for example, have bonds, loans, and mortgages on their balance sheet.

For borrowers and homeowners, a mortgage is a liability. We owe the bank money.

But to a bank, a loan is an asset; they’ve loaned the money, and they’re the ones receiving interest payments each month from us.

As of September 30, 2016, America’s youth owed the federal government $953.6 billion from student loans.

By the end of December, that number increased another $100 billion to $1.05 trillion.

This constitutes the US government’s single biggest asset, even more than the aggregate value of their aircraft carriers or national parks.

In other words, the government’s most lucrative asset is the continued indentured servitude of young people in the Land of the Free.

3) This is just the tip of the iceberg… there’s so much more to tell you.

Click here to listen in on today’s podcast– I’ll explain how, based on the government’s own numbers, their actual “net worth” is nearly MINUS $100 TRILLION.

We’ll debunk so many myths from the debt sheep who think it doesn’t matter.

And we’ll discuss a VERY plausible scenario about how this could play out over the next few years… as well as some simple strategies to limit your exposure.