Most people in the US missed out on this 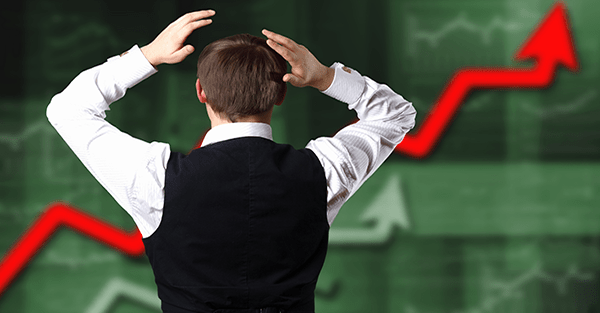 Several months ago, the voters of the United Kingdom chose to walk away from the European Union.

They called it “Brexit”. And it rocked the world.

The entire establishment– banks, businesses, media, politicians, celebrities– had been pushing the British people to remain in the European Union.

And all the so-called experts scared the bejeezus out of voters with predictions of doom and gloom consequences should Britain leave the EU.

All-out panic ensued in financial markets when the Brexit results were announced.

But then something interesting happened.

Investors realized rather quickly that the world hadn’t come to an end. British companies hadn’t simply closed up shop and stopped operating.

Brexit or not, British Airways and EasyJet would keep flying. Royal Dutch Shell and British Petroleum would keep pumping oil and gas.

So within a matter of days, British stocks rebounded and surpassed their pre-Brexit vote levels.

The same thing happened a few weeks ago here in Thailand.

News that the Thai King was on his deathbed rocked local financial markets.

Thai stocks began a steep selloff as investors, both foreign and local, dumped their assets in the face of so much uncertainty.

The Thai King had been a fixture in the country for so many years that there’s hardly a single investor alive who can remember a time without him.

The King passed away a few days later. But once again, investors were surprised to find that the world didn’t come to an end.

And within a matter of hours, Thai stock prices rebounded.

Naturally the same thing happened with the US presidential election.

There were countless pundits in financial media predicting that a Trump victory would cause a major decline in US stocks.

This chorus grew so loud that it eventually became a self-fulfilling prophecy.

Late into Tuesday night’s election coverage when it became clear that Trump was the front-runner, US stock futures collapsed.

Of course, US stock markets were closed at the time; it was well after midnight in the US, and markets wouldn’t open for at least another 8 hours.

But here in Asia, financial markets were absolutely open for business; it was around 1pm local time when it became clear that Trump was going to win.

Now, even though US stocks are obviously traded primarily in US stock exchanges, there are a number of ways to buy and sell US companies in overseas markets.

It’s commonplace for major companies to have secondary stock listings on a foreign exchange (say, London, Frankfurt, or Hong Kong).

So even when US markets are closed, investors can still buy and sell shares of large companies– as long as they have access to trade in those foreign stock markets.

That’s what I did. It was early in the afternoon, and I bought shares of an ETF listed in Hong Kong that tracks the US S&P 500 index.

At the time, US stock futures were down by roughly 5%.

And while I don’t normally like ETFs, I was making a very short-term bet that the Trump victory chaos would be very short-lived, just like Brexit and the Thai King.

US markets opened eight hours later. But by then, the panic had already started to calm.

Despite absurd predictions by faux-experts like Paul Krugman who said that US markets would “never” recover, the world didn’t come to an end.

As I wrote yesterday, investors quickly realized that nothing had fundamentally changed.

Mark Zuckerberg is still peddling your personal information to the highest bidder.

US stock prices began to recover from the Trump shock within minutes of the market opening.

I had already made my investment in the S&P 500 ETF eight hours earlier when the index was still down 5%.

So when stock prices came roaring back, I made a very quick profit.

But most US-based investors who only trade US-listed investments missed out on this opportunity; by the time the US market opened and they were able to buy, prices were already moving higher.

This is a pretty clear example of one of the regular themes of this letter.

It’s easy to think exclusively in terms of what’s within our own borders, i.e. if you live the United States you only trade US stocks on the US exchanges through a US brokerage.

But if you expand your thinking to the entire world, you open up more options for freedom and prosperity.

In this case, expanding one’s thinking about financial markets to include the entire world– specifically, buying US stocks on a foreign exchange– created an opportunity to act (and profit) before other investors had the chance.

As I often write, there’s no downside risk in doing this.

You’ll never be worse off for having the option to buy and sell financial assets overseas, especially when this structure can also provide other benefits.

For example, you can hold funds to trade overseas at a foreign brokerage located in a jurisdiction which has very favorable laws protecting you against frivolous lawsuits.

So if life ever throws a curve ball your way, this type of structure is a great insurance policy to make sure that you and your family will be OK. It’s a great part of a Plan B.

But as Tuesday night’s example shows, even if nothing bad ever happens, a structure like this can also provide more options to put more money in your pocket.