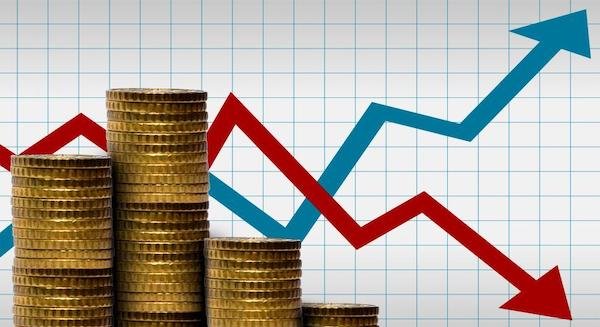 [Editor’s Note: Today’s note was penned by one of our international contributing editors.]

Yesterday I called my bank in Denmark, Nordea, and couldn’t believe what they told me…

They offered to lend me money at MINUS 0.12% for a ten-year mortgage.

In other words, the bank would PAY ME to take out a loan.

Of course, as a Sovereign Research editor, I’ve written a lot about negative interest rates. But most of these cases were always reserved for big banks or institutions.

That no longer seems to be the case…

Now, negative interest rates ARE the norm. Thousands, if not tens of thousands of Danes will go out and take out mortgages that will pay them every month.

This is completely mind-boggling to me. But it just highlights how broken the financial system really is.

Everything about this is in complete violation of the law of prosperity Simon Black’s been writing about for years: produce more than you consume and invest the difference.

Now, institutions and governments are incentivizing people to consume, instead of save. In fact, they’re paying people to go into debt.

That is not how prosperity is created. Instead of encouraging people to invest their surplus capital in productive investments, people are penalized for saving in the first place.

Some of the most popular investments on the planet are the ones that burn the most cash (Tesla, Netflix, Uber, etc.)

Insolvent governments in Europe are able to borrow at negative yields, with no afterthought whatsoever as to the consequences.

And bankrupt governments like Argentina are able to borrow for 100 YEARS and pay next to nothing for it (even though Argentina went bankrupt twice in the last thirty years alone).

None of this makes any sense.

In 2016, the Swiss government even asked its citizens to delay their tax payments as long as possible, because the government didn’t want to pay negative interest rates on those balances.

And in the United States, banks rob their customers blind time and time again by lying, stealing and deceiving them.

It’s extraordinary to me that these are the options we have with our money today.

Luckily, it isn’t all doom and gloom.

As my friend Simon says it: the world is a big place… and sometimes, we can make this insanity play to our advantage.

And that bankrupt governments can borrow at negative yields….

It also works the other way around.

Occasionally, we can find extremely well-managed businesses that are profitable, have a pristine balance sheet and pay generous dividends to their shareholders, that are selling for rock-bottom prices.

Our in-house Chief Investment Officer, Tim Staermose, editor of the 4th Pillar, spends his time scouring the corners of global stock markets for these opportunities.

One example he found was a boring Japanese company called Kitagawa Industries.

It had $151 million of cash in its bank account… Yet the value of ALL its shares was just $114 million– 24% lower than its net cash balance.

In other words, you could have theoretically bought every single share of Kitagawa for $114 million, put the entire $151 million bank balance in your pocket, shut the company down, and walked away with a tidy $37 million profit.

Make no mistake, this wasn’t some hot cash-burning start-up. It was a mature, profitable business with a long and successful operating history.

There was absolutely no good reason for it to be selling at such a large discount and no rational shareholder would ever agree to a deal like that.

But markets aren’t rational… so Tim recommended members of our flagship investment service, the 4th Pillar,  buy the shares.

And sure enough, less than one-and-a-half years later, a competitor recognized the opportunity and took over the entire company– generating a 249% return for our members in just 17 months.

As you can see, there are always pockets of value where you can make the insanity of the financial system work for your benefit. It just takes patience and willingness to do the hard work to find them.

For over eight years, Tim has been putting in the hard work for our members.

In fact, he just published his 100th 4th Pillar issue where he shared his latest thoughts on ten more deeply undervalued opportunities – just like Kitagawa Industries – that are trading at BUY levels right now.

You can click here to download a redacted preview of one of these opportunities. Inside, Tim shares the details of a company so awash with cash that it’s paying an astronomical dividend.

And to celebrate our 100th issue we’re offering a rare 50% discount for the next few days. Click here to learn more about the 4th Pillar and Tim’s latest opportunities.