Now the Chinese are wagging their fingers at Obama 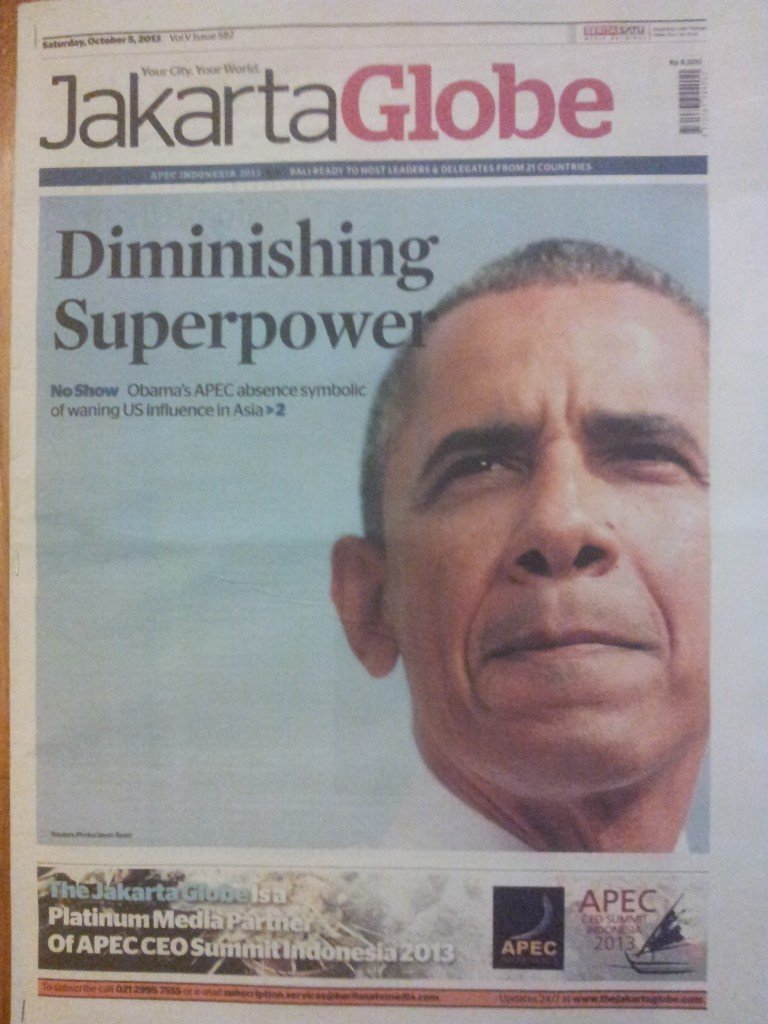 This was the headline streaking across the weekend edition of the Jakarta Globe, one of the largest newspapers in Indonesia.

The photo beneath was of Barack Obama, his lips pursed and eyes steeled as if he was fighting back tears. Or perhaps staring off into the fiscal abyss.

The subheadline read: “Obama’s APEC absence symbolic of US waning influence in Asia.”

The article goes on to describe how the President’s conspicuous absence from this weekend’s summit of the Asia Pacific Economic Cooperation (a multinational trade bloc in the Asia/Pacific region) highlights the decline of the US as the world’s superpower.

It’s so obvious to everyone else that the US is in terminal decline.

(Granted, the Indonesians are a bit miffed given that they went to the trouble of closing the brand new airport in Bali for four days, partly because of the anticipated arrival of Air Force One… and then the President didn’t bother showing up.)

Russian President Vladimir Putin and Chinese President Xi Jinping stepped up in Obama’s stead, taking the world’s stage in yet another clear sign of where the real economic power and leadership is.

Meanwhile, China’s vice Finance Minister Zhu Guangyao has been wagging his finger at the US Treasury Department, warning that “the clock is ticking” and that Obama should “take decisive and credible steps to avoid a default on its Treasury bonds.”

All this comes at a time when the US has been caught red handed spying on the rest of the world, including its own people… and its allies. This prompted the Brazilian President Dilma Rousseff to cancel an official visit to the United States this month.

It’s amazing when you step back and look at the big picture.

The Russians are preventing a US military invasion. The Chinese actually have to step in and say something publicly to ensure that the US government pays its bills. The Brazilians are too disgusted to even visit Washington DC.

What a completely different world we live in, even compared to just 10 or 15 years ago.

Think back to the late 90s. The US really was the pinnacle of civilization. The government was beginning to pay down its debt. America’s reputation was unblemished. And to most foreigners, the US economy was the envy of the world.

What’s happening today would have been unthinkable back then. But it just goes to show how quickly things can unravel.

It’s tremendously important that the reputation of the US government is sinking to an all-time low internationally.

Remember, the reason that the US Federal Reserve can print trillions of dollars is because the rest of the world has for decades been willing to accept dollars for international transactions and sovereign reserves.

Nearly every government and central bank on the planet has a big pile of dollars stashed away.

The US government seems to think that this arrangement will last forever, and that their actions are without consequence. Nothing is further from the truth.

As the US government’s international reputation craters after one embarrassing episode after another, other nations are beginning to no longer trust the US, whether it comes to spying or managing a sound currency.

This puts the US dollar at even greater risk of quickly losing global reserve domination, and along with it, the ability to print money without damning ramifications.

As history has shown so many times before, this is exactly how the end begins. 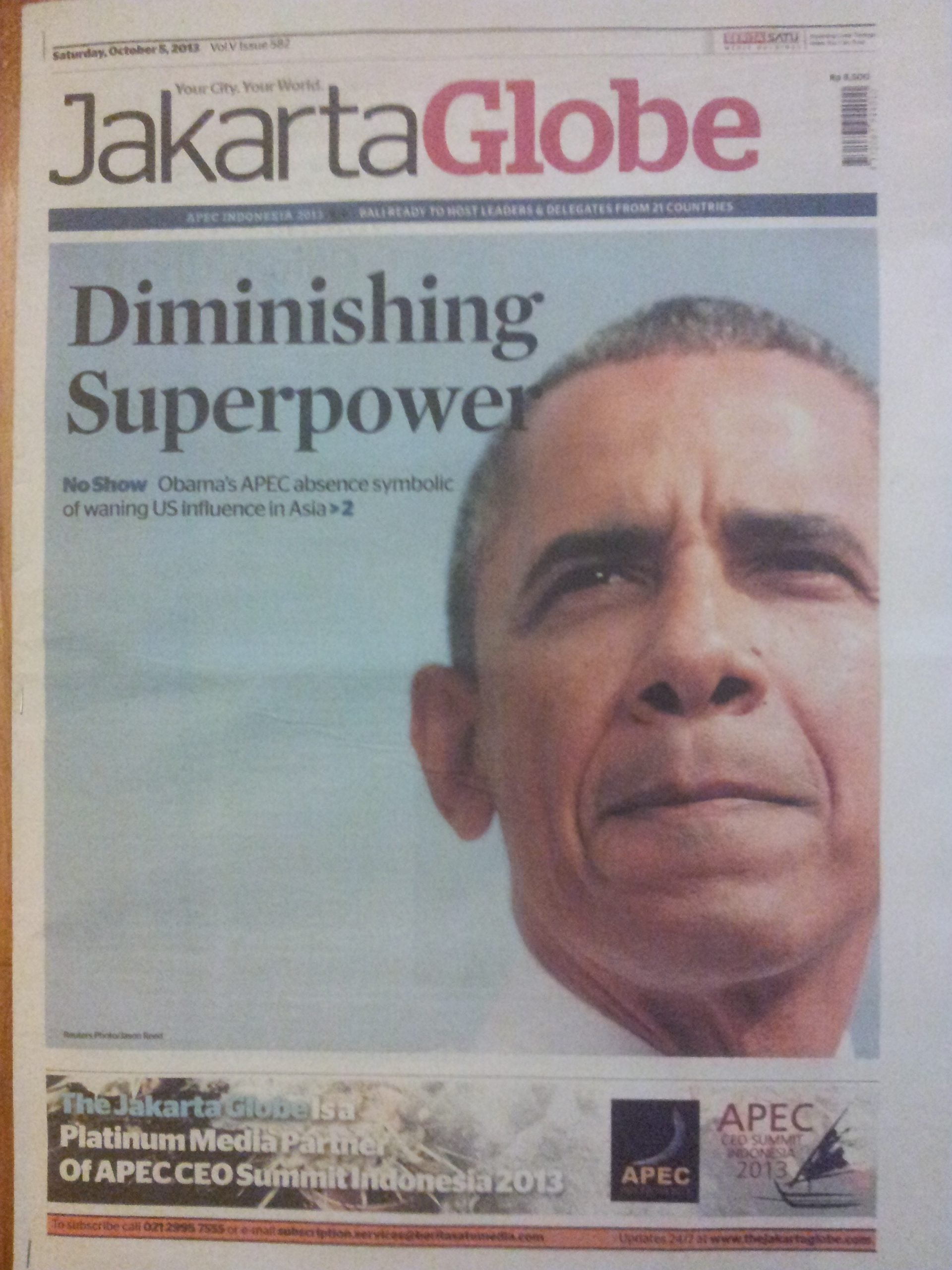