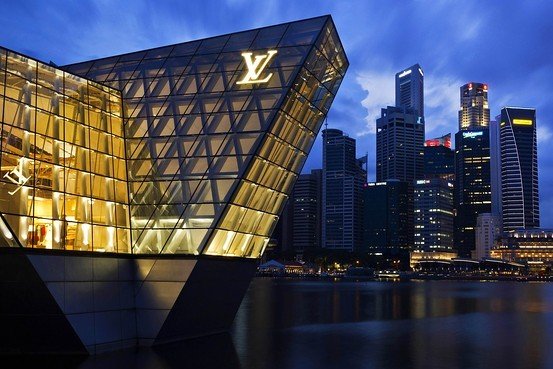 Each time I’m in Singapore, I’m continually impressed at the country’s extraordinary growth.

Friends of mine tell me about their experiences growing up here in the 1940s and 1950s. The downtown area that is now covered with soaring towers of steel and glass were once repugnant cesspools devoid of running water or proper sewage.

Every day, locals would take buckets of human waste from their shacks and dump them into the nearby bay.

Nobody probably imagined that, within a few decades, Singapore would be the premier financial destination in the world… as well as one of the wealthiest.

Today there are more millionaires per capita in Singapore than anywhere else; one in six Singaporeans has a net worth in excess of one million. And for the average Joe, median household income ranks among the top worldwide.

Not to mention, standard of living in Singapore is very high– schools, medical care, goods and services– all among the best on the planet.

Even more incredibly, they built this without a single drop of oil reserves. Singapore isn’t Kuwait. It’s a small island with effectively no natural resources to speak of.

While much of the developed world languishes under the massive burden of staggering debt and painful unemployment, Singapore has ZERO net det. And the unemployment rate is below 2%.

This isn’t some phony made-up number either. My friends who own businesses here tell me that there are labor shortages… they just can’t find any new people to hire.

So how did this all happen? One key principle– economic freedom.

In Singapore, business is treated incredibly well. Bureaucratic, regulatory nonsense is kept to a minimum. Corruption is nonexistent. It’s easy to set up a business and start competing. Plus taxes are ultra-low and highly competitive.

Bigger businesses can negotiate directly with the government for preferred tax rates, often 10% or less.

Capital is also treated incredibly well. The banks are well capitalized, the currency has long been one of the best performing in the world, and Singapore has become a major crossroads of cross-border trade and investment opportunity.

Despite having such low tax rates, the government is awash with cash and runs a huge budget surplus. They’ve also managed to sock away a tremendous amount of money in sovereign wealth funds.

The lesson is clear. Bankrupt western government are trying to increase control over their respective economies– regulating, inflating, and taxing their way to a bigger slice of a rapidly shrinking economic pie.

Singapore, on the other hand, has focused on helping make the pie bigger. And it’s amazing how rapidly it can grow when governments step out of the way and allow people to keep what they earn.