One thing Congress gets right: funding their own pensions 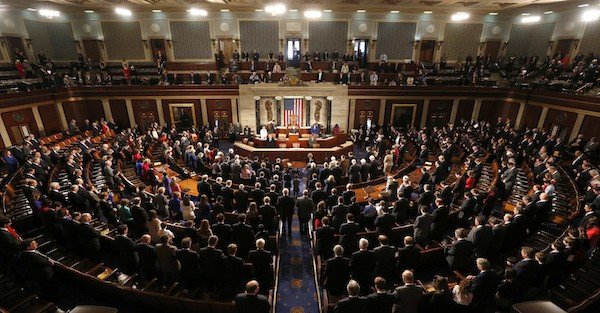 Turns out Congressmen make a lot of money…

A study found that while the average American’s net worth increased 3.7% per year between 2004-2012, members of Congress averaged 15.4% annual gains.

That high level of pay means half the members of Congress are millionaires today… and continue to collect their $174,000 annual salary.

Of course it’s you, the taxpayer, paying that cushy salary.

But did you know the taxpayer also foots the bill for insane retirement benefits for Congress?

Each retired member can start collecting a pension at age 62 if they’ve spent just five years in Congress.

And a third of baby boomers—the generation currently retiring—have NOTHING put away for retirement.

While Congress’ pension is secured by your tax dollars, only 13% of regular Americans have pensions today. And even if you were promised one, collecting it is another story…

A recent Boston College report estimates 25% of private US pension funds—the pools of capital that pay out retirement benefits—will go bankrupt in the next decade. Public local, state, and federal pension funds are in even worse shape: $7 TRILLION short on what they promised to pay retired government workers.

But most Americans are relying on a different broken retirement fund… Social Security.

The Social Security Administration admits it is $50 trillion underfunded, and will run out of money by 2034.

That means cutting payouts, raising the retirement age, or both. And even that is only a short term solution…

There are, however, at least two Senators who see the injustice in all of this. They introduced legislation to eliminate pensions for members of Congress.

They say it’s not fair that while the poor get poorer, Congress gets richer.

The median American household net worth declined .94% per year from 2004 to 2012. And over the same period, 100 members of Congress watched their net worth gain 114% per year.

Members of Congress added $316.5 million to their net worth during this time period.

(But it wasn’t the Socialists in Congress who introduced the bill to address this wealth gap. They’re happy to ignore this prime example of the rich literally stealing from the poor.)

Getting rich at the taxpayers’ expense, collecting a salary 3x the median household income, and getting a six-figure lifetime pension…

That’s Congress’ reward for sinking the US government $22 trillion in debt… for creating debt bubbles in housing and student loans… for utterly failing to address a broken Social Security system… for wasting billions on things like a broken Obamacare website, defending Congressmen from sexual assault lawsuits… and fighting like children during a government shutdown while millions of Americans were out of work.

But whatever happens next with the economy, whatever destruction their actions cause, rest assured, they’ll take their money and run…

Just like they did in 2008 before the big financial crash. Strange how 34 different members of Congress rearranged their investment portfolios within two days of talking to top Treasury and Federal Reserve officials.

One Senator even sold up to half a million dollars’ worth of Lehman Brothers stock the day after he met with the Treasury Secretary… just months before the firm declared the largest bankruptcy in history.

These politicians suffer no consequences for the policies they force on the entire nation. On the contrary, they personally gain tremendously from the turmoil they cause.

Even if their pensions are cut — I’m not holding my breath — it is largely a symbolic move. It won’t make a dent in the dire debt and liabilities of the US government.

Unlike members of Congress, you’re on your own for retirement.

One option is, if you can’t beat them, join them. Run for Congress and watch your net worth skyrocket. Even without their golden pensions you’ll be all set for retirement.

But a more realistic (and ethical) solution is to plan your retirement assuming the government promises will not be fulfilled.

One solution is to take matters into your own hands by using self directed structures for your IRA or 401(k).

But perhaps a better solution is to become a better investor. Saving an extra couple grand a year, and putting it into the right places can make a huge difference over the course of a couple of decades.

Worst case scenario is we are wrong—the government by some miracle saves Social Security, pays off the debt, funds its pensions, doesn’t tank the economy and avoids another recession…

And you’ll still be better off having prepared for the worst.