Police seize over 5,000 ounces of silver from man’s home 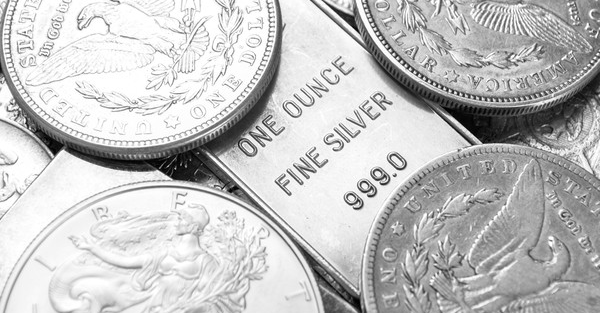 Last week in the Australian state of Queensland, federal police confiscated a whopping 5,465 ounces of silver (worth roughly $106,000) from a man’s home.

This was part of a larger series of police raids instigated by the Australian Tax Office against individuals suspected of tax evasion.

1) As we discussed yesterday, only an idiot commits tax fraud or tax evasion. This goes without saying.

There are far too many completely legitimate ways to reduce or even eliminate what you owe… which means there’s absolutely zero reason to take any chances by wilfully breaking the law.

I know this doesn’t apply to the vast majority of people reading this, but if you are one of the handful of people out there who has been noncompliant with taxes, definitely consider your options to get it fixed.

They will find out eventually.

It’ll be a much better outcome that you step forward and admit a mistake than wait for the inevitable federal agents to kick down your door in the middle of the night.

2) Don’t keep the majority of your assets at home

I’m sure that at least some of the people who were subject to the Australian Tax Authority’s raids probably did commit tax evasion.

But there are probably many who didn’t… people who just happened to end up on the agency’s list through some honest misunderstanding.

Nevertheless, they still had federal police raiding their homes, confiscating anything that looked valuable, including cash and precious metals.

This could happen to anyone. Any of us could end up by mistake on the wrong side of some government agency’s list. It happens to innocent people every single day.

The real downer is that once armed agents seize your property or freeze your bank account, it’s up to you to prove your own innocence… even though they’ve deprived you of your financial resources to do so.

You don’t ever want to find yourself in this position. And merely hoping it will never happen isn’t exactly a great insurance policy.

Have a backup plan.

Yes, it makes a LOT of sense to hold some physical cash and precious metals in a safe at your home or office.

These are both great hedges against risks in the banking system and monetary system, neither one of which should be underestimated.

Remember what happened in Cyprus back in 2013? The entire banking system went bust, prompting the government to freeze everyone’s bank account and lock an entire nation out of its savings.

It all happened overnight. Friday afternoon everything was fine. Saturday morning was chaos.

Just imagine being frozen out of your life’s savings without warning. It must have been debilitating.

But anyone who had thought ahead and maintained a small stash of precious metals or physical cash at home was just fine.

This is an easy, no-brainer, almost zero-cost strategy to implement.

But just remember that any domestic assets, whether a local bank account or even cash held in a safe at your house, are still within the jurisdiction of your home country’s government agencies.

This means that everything you own is at risk if you happen to be the next innocent person to mistakenly end up on the wrong side of their list.

Don’t keep too much in the home safe. I’d suggest that 1-2 months of living expenses would go a long way in mitigating those financial, banking, and monetary risks.

And don’t keep the rest in your local bank account; again, bank accounts are especially easy for domestic authorities to freeze and confiscate.

Definitely consider keeping at least some assets in a different jurisdiction overseas where your home government has no direct authority.

This could include assets like a savings account at a foreign bank, precious metals held at a secure storage facility overseas, or even cryptocurrency like Bitcoin.