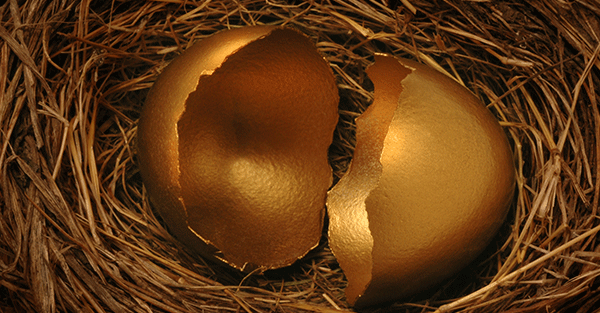 Last week, a group of analysts published an astonishing report about the future of Social Security in the United States, and their remarks were nothing short of damning.

According to their calculations, for example, these analysts claim that Social Security is already running a huge deficit to the tune of tens of billions of dollars each year.

In fact, this Social Security funding deficit has been taking place for several years now, and it’s actually accelerating. So the problem worsens each year.

According to the analysis, the astounding rise in Social Security recipients vastly outpaces any growth in tax revenue received into the program. And this trend will continue for decades.

They tell us that DI actually went bust several months ago.

But rather than attack the root cause of the problem and restructure the program, Congress quietly slapped a band-aid on DI by simply diverting funds from OASI, just enough for DI to limp along for a few more years.

So in other words, they robbed from OASI to pay DI, and keep it afloat through the next presidential election. It’s incredibly short-sighted.

Among the other programs slammed in this report, the Hospital Insurance (HI) fund, one of Medicare’s major trust funds, is of particular concern.

Their brutal analysis shows HI is going to completely run out of money in 2028, just twelve years from now.

2028 is actually two years earlier than they had originally projected.

And they project the entire Social Security program will be fully depleted six years later in 2034.

But it raises an important question– just who are these crazy, fringe analysts predicting all of this doom and gloom?

After all, the political establishment has been telling everyone for years that Social Security is going to be just fine. And they seem to have a solid grip on the situation, right?

Well, the report was actually published by the Social Security Administration itself, signed by (among other cabinet officials) the Treasury Secretary of the United States of America.

It’s absolutely incredible. The government is publishing this data in black and white.

They’re telling anyone who’s willing to listen that Social Security has dug itself into an impossible hole.

More importantly, they’re telling us there’s a 0% chance that the government will be able to honor its existing commitments.

They’ll either have to radically raise taxes, or simply reduce (or eliminate) the Social Security benefits that they’ve been promising taxpayers for decades.

The younger you are, the steeper the price you’ll pay.

And if you’re in your 30s or younger, you can not only forget about Social Security, but you can expect to pay more and more taxes to bail out a program that won’t be there for you when it comes time for you to collect.

This is what happens when nations go bankrupt.

History is full of so many examples of dominant powers who think their wealth will last forever… and so they make far too many promises to far too many people for far too many years.

But eventually the reality of simple arithmetic catches up.

(As we discussed yesterday, arithmetic is slowly dying off in the Land of the Free, so perhaps this explains a thing or two).

We’re seeing this now in the US, and we’ll continue to see this problem worsen in the coming years until it becomes a full-blown emergency and people cry out, “Why didn’t anyone see this coming?!?”

Here’s the good news: you have ample time to prepare, and there are plenty of solutions to fix this.

Don’t get me wrong– I don’t mean “fix Social Security”. Oh no. That program is toast.

I’m talking about fixing this for yourself.

Retirement is one of those life events that is completely predictable. We know it’s going to happen.

And with a little bit of education, planning, discipline, and execution, we can vastly influence the outcome and prevent any major catastrophe from interfering with our goals.

You can dramatically boost your own nest egg, for example, and have much greater say over your retirement assets by setting up a structure like a solo 401(k) or a self-directed IRA.

(When structured properly, you can contribute potentially north of $50,000 per year to your retirement.)

It also makes sense to invest in your financial education; learning more about investing will clearly be beneficial in boosting your returns, and this can have a profound effect over time.

Especially if you’re younger, increasing your average return by just 1% over the course of 20-40 years can add up to hundreds of thousands of dollars in additional retirement savings.

You may also want to consider retiring abroad where you can live the lifestyle you’ve always wanted at a fraction of the price, and substantially stretch the time and value of your retirement savings.

Look, I’m convinced that Social Security will become a national emergency some day. Just remember that since its demise is conspicuously predictable, the impact on your life is completely preventable.