Senior bank executives explain how US dominance is declining… 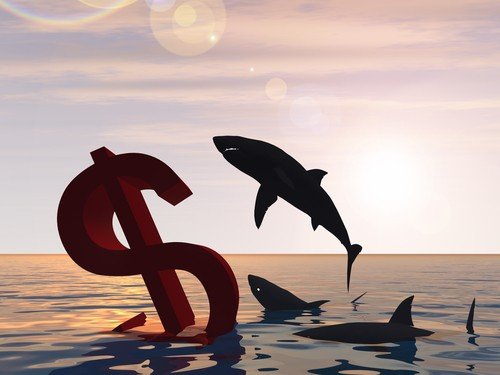 Much of this had been brought on by Rome’s utterly dismal economic condition.

The government simply did not have enough money to sustain its operations, let alone pay for all the generous welfare programs needed to placate the population.

So as you could imagine, they decided to make up the difference by debasing the currency.

Roman coins were being debased so rapidly that they eventually lost credibility as a medium of exchange among the merchant class. As a result, the empire’s once vast trade network practically collapsed.

With such an abrupt decline in commerce, the government’s tax revenue also declined. In 301 AD, things got so desperate that Diocletian stepped in with a ‘solution’.

First, he blamed evil speculators for all the inflation, imposing the death penalty on some of them.

Then he issued what is arguably the dumbest law in the history of the world– his now infamous Edict on Maximum Prices, which imposed price controls for a thousand goods and services from wine to clothing to wages.

Of course, any high school economics student can tell you that price controls don’t work. And they didn’t work for Diocletian either.

The long-term effect of the law was devastating. Inflation and shortages soon prevailed. And there was a mass exodus of rich and poor alike who fled the empire seeking a better life elsewhere.

One could argue that this was the straw that broke the camel’s back for Rome.

Ironically, Diocletian was actually attempting to ‘reform’ the system, not to send Rome over the cliff. Yet this is one of countless historical examples of how the road to ruin is almost always paved with good intentions.

Two of the most destructive laws recently passed by the US government, for example, are the (1) the Dodd-Frank Wall Street Reform and Consumer Protection Act and (2) the Foreign Account Tax Compliance Act (FATCA).

Like Diocletian’s Edict, these laws are attempts to reform the system. Yet the results have been disastrous. In particular, they’ve destroyed one of the last competitive advantages that the United States has today: the dominance of its banking system.

The US banking system is really the foundation of the global banking system; an international wire transfer from, say, Thailand to Colombia will pass through one or two of the big Wall Street banks before reaching its final destination.

Nearly every bank in the world relies on the US banking system. It’s critical.

Yet each of these laws creates debilitating, onerous regulations that foreign banks are required to follow.

It’s the height of arrogance that the US government expects to be able to regulate and control foreign banks.

But the only thing the laws are really doing is accelerating the creation of a new standard for international banking– one that minimizes US influence.

As I’ve been on the ground here in Singapore for the last several days meeting with a number of bankers, this is becoming very clear.

Many senior bank executives have explained to me that they are rapidly expanding their regional ‘corresponding bank’ relationships. They’ve also told me how non-US dollar cross border trade is really taking off.

In other words, Asia is beginning to declare its financial independence by establishing its own system to avoid the US banks. Places like Singapore and Hong Kong are becoming the primary settlement and correspondence centers, rather than the US.

All of this substantially reduces US power and influence. So like Diocletian’s Edict, these ‘reform’ laws have had the exact opposite effect as the US government intended.

Foreign banks are complying for now. But quite soon, the United States will end up losing one of the few remaining jewels of its global financial dominance.