Set your child up for life with a second citizenship: 5 places to have a baby 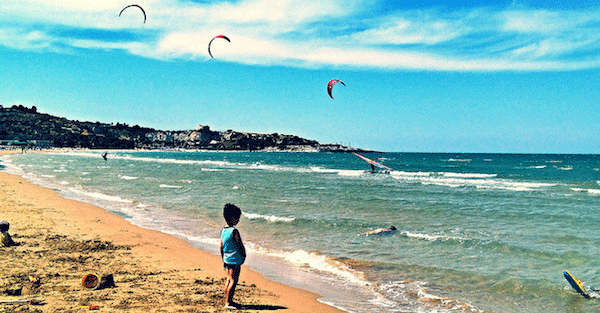 For many people, where we are born has a tremendous impact on our lives.

For example, being born in certain countries might mean that we are obliged to serve in the military, or go fight and die in some foreign war.

In others, it might mean that we are required to pay taxes on our worldwide income, even if we don’t even set foot in that country.

These are obligations that people don’t sign up for. We are born into them, by pure accident. No one has control over where he/she was born.

But if you’re a soon-to-be parent, you do have total control over this decision.

And it’s an important one, because your child will go his/her entire lives affected by the costs and benefits of it.

For the 100+ million babies born each year, I expect most parents don’t give a single thought to –where- their children should be born.

But just imagine—if you pick the right country, you could set your child up for an entire lifetime of benefit.

In certain countries, being born there entitles your child to citizenship (and a second passport), something that will give him/her tremendous options, freedom, and flexibility for his/her entire life.

Here are a few examples to consider:

If a child is born in Brazil, that child is a Brazilian citizen. And a Brazilian passport one of the best travel documents in the world, with visa-free or visa-on-arrival access to 146 countries.

Brazil is a huge melting pot and one of the few places in the world where anybody—all races and ethnicities—can blend in and look local.

One of the nice benefits of Brazil is that it is a natural ‘get out of jail free’ card.

Brazil does not extradite its citizens to foreign countries. So just imagine how much easier Edward Snowden’s life would be if he had Brazilian citizenship as well.

Obviously this is a benefit that no one hopes their child will ever need. But if they should, it could be the ultimate insurance policy.

Chile is another place where children born within the country, in most cases, are citizens. And it’s a great option.

Chile already is a major economic force in South America and I’m certain that its future is only going to get brighter over the long-term.

In terms of passport quality, Chileans are already entitled to travel all over the world visa-free, including to the United States.

In addition, since Chile is a member of the Asia Pacific Economic Cooperation and associate MERCOSUR nation, Chilean nationals receive a lot of additional travel, residency, and business benefits around the world.

Canada, like the US, provides unconditional birthright citizenship to any child born within its borders. And it’s a great option, especially for an American who wants to give birth in an English-speaking country close to home.

There are several unique benefits to Canadian citizenship, including the vast visa-free travel network, access to public medical care (for those who are so inclined), and a tax system that doesn’t chase non-resident citizens to the ends of the earth.

Like Brazil, Panama is a tremendous melting pot of various races and ethnicities. Anyone can pass as Panamanian.

Article 9 of Panama’s Constitution clearly outlines that anyone born on Panamanian soil is a citizen of the country. Parents of Panamanian citizens can apply for naturalization after three years of residency.

Among the great benefits of Panama is its tax system—it’s strictly territorial. So the only income ever taxed in Panama is money that is earned directly on Panamanian soil from Panamanian sources.

It’s also comforting to know that Panama has some of the best hospitals in Latin America—internationally accredited, and some even operating in partnership with famed US hospitals… all at prices far lower than one would pay in the US.

This former British colony currently stands as an option for parents seeking birthright citizenship for their children (for now).

With visa-free or visa-on-arrival access to 138 countries a Barbadian passport is actually just shy of the Brazilian one in terms of travel quality.

It’s also interesting to note that as a citizen of Barbados, your child would also be eligible for special access and privileges with the United Kingdom, and may even be eligible to apply for a British passport if there’s British ancestry in your family tree.

All of this may sound like a daunting, radical step to many people. But it needn’t be.

I’d encourage anyone to consider the prospect of spending several months abroad as an opportunity for growth and personal development.

Plus with a bit of planning and research, this could be something that your children, their children, and so on, could benefit from.

It’s rare that we get the chance in life to have such a profound positive impact on our future descendents with a single decision.

Photo credit to: “The Baby and the Sea” by Maria Rosario Sannino, CC BY 2.0