The Coming Bonanza in Distressed Debt 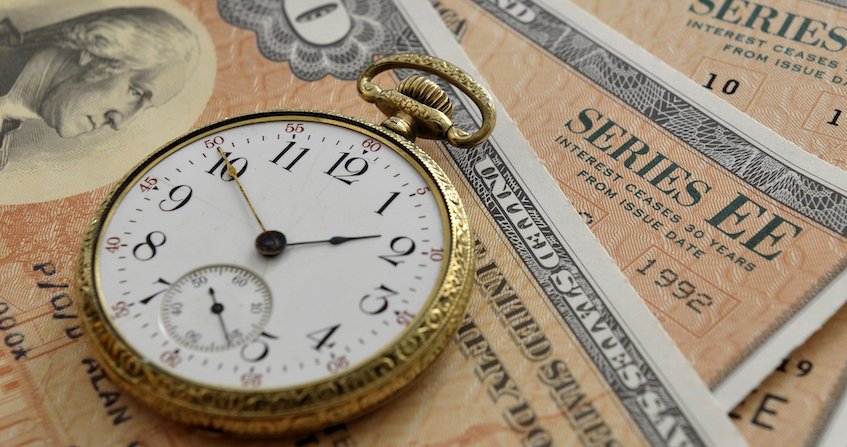 On the morning of June 20, 1783, the Continental Congress of the United States was just starting its daily session at Independence Hall in Philadelphia when the building was suddenly mobbed by hundreds of angry people.

It turned out the protesters were soldiers who had fought in the American Revolution. And they wanted their money.

By the summer of 1783 the American Revolution was effectively over; the British had already surrendered at Yorktown more than 18-months prior, back in October 1781, and everyone was just waiting for the diplomats to conclude the final peace treaty.

In the meantime, the fledgling government of the United States had already started work on building a new nation. But one of the biggest challenges they faced was their enormous mountain of debt.

The national and state governments in the US had borrowed vast sums to finance the war, and they owed money to just about everyone — including the French, Dutch, and Spanish, not to mention plenty of private investors in the US.

Moreover, the US and state governments owed money to their soldiers; most of the troops had been paid in IOUs, especially during the latter part of the war. Plus farmers and merchants who had provided critical supplies to the US Continental Army had also been paid in stacks of IOUs.

And with the war formally winding down in 1783, there were a lot of people who wanted to the government to make good on its IOUs… hence the protest in Philadelphia.

The protesters, however, were unsuccessful. The politicians managed to escape (temporarily relocating their capital to Princeton, New Jersey), and the event was deemed an insurrection. Several protesters were arrested, and Congress later held a formal investigation into the matter.

And yet no one was actually paid. The men who had fought and bled for independence were largely abandoned, and most people soon believed their IOUs to be worthless.

Now, these IOUs essentially constituted government debt… like a bond. And it didn’t take very long for savvy New York banking houses to see an opportunity and to start buying up all the IOU/bonds they could find.

Bankers bought IOUs from former soldiers and farmers for pennies on the dollar, and then leaned heavily on their political influence to ensure the IOUs would be repaid in full.

Their plan worked. By 1790, the new federal government had passed a series of laws, taxes, and tariffs, guaranteeing repayment of the debt.

The bankers made out like bandits. And ironically, the same farmers and ex-soldiers who sold their IOUs for pennies on the dollar were the ones who ended up paying the new taxes in order to repay them.

This is a far too common theme in the history of finance; large, politically-connected players often take advantage of the little guy. But sometimes circumstances offer the little guy a chance to hit back.

I believe we are entering one of those periods now.

The first important point to understand is that the last 14 years or so has seen some of the most unprecedented financial conditions in 5,000 years of human history.

Literally never before have interest rates been kept so low, for so long, in virtually every major corner of world.

In the US — the largest economy in the world — interest rates were held at zero for years. And multiple countries totaling over 20% of global GDP actually had NEGATIVE interest rates.

It turns out this policy had a lot of consequences. And one consequence was that governments and corporations borrowed enormous amounts of money.

Hopelessly bankrupt governments with a history of default (like Argentina) were able to issue ONE HUNDRED YEAR bonds paying irrationally low rates.

And companies with very little hope of becoming profitable were able to borrow a ton of money; they then used a lot of that money to buy back their stock, artificially boosting the stock price and giving the appearance that everything was going great.

I originally brought this idea up more than two years ago at the beginning of COVID, suggesting that a lot of companies would be wiped out from the twin threat of lockdowns plus heavy debt burdens.

But that COVID distressed debt bonanza didn’t materialize… because the government stepped in and bailed everyone out. Plus central banks slashed rates back to zero, kicking the debt can down the road even further.

Financial conditions have changed substantially since then. Interest rates are MUCH higher across the board than they were two years ago.

And corporate “junk bonds” yielded as low as 3.8% last year. Today those junk rates are nearly 10%.

That last point is really important, and I’ll give you an easy example. We all know how the cruise industry struggled once the pandemic hit, and those struggles continue today.

Carnival Cruise Lines is hurting so badly that the company’s ‘gross profit’ is negative, meaning that it costs the company more to operate their cruise ships than they generate in revenue.

In Q2, for example, Carnival generated $1.2 billion in cruise revenue. But they spent $1.7 billion on fuel, food, crew salaries, etc., resulting a NEGATIVE gross profit of -$500MM. And that’s BEFORE paying for corporate management, administrative expenses, etc. (which totaled another $400 million).

And it’s also before Carnival paid a single penny of interest or principal on its debt.

They’re clearly in a tough spot. And it was even worse last year and the year before.

Yet Carnival has been able to keep the party going by taking on debt; its total debt is now nearly $30 billion, up from less than $10 billion in 2019, pre-COVID. That’s a lot of debt, given that Carnival’s total equity is only around $8 billion. So it’s ‘debt to equity’ ratio is nearly 4:1.

When rates were still low and their business was somewhat healthy, Carnival was able to borrow money at just 1%.

But now that their business is in the dumps, and interest rates have increased substantially, Carnival is borrowing money at 10.5%.

And what’s worse is that these bonds will eventually need to be paid back; in the next 12 months alone, Carnival will have to repay nearly $1 billion in debt. And they simply don’t have the money.

This is a classic distress situation. And it’s no wonder that investors have been dumping Carnival bonds.

But it’s not just Carnival, or even the cruise industry. You’d be surprised at how many companies are in a similar situation — heavily in debt and unable to pay. They’re basically walking dead, which is why they’re commonly referred to as ‘zombie companies’.

Zombie companies have been with us for years; they’ve only been able to survive thanks to cheap interest rates and government bailouts.

But, again, financial conditions have changed dramatically. And if interest rates stay high (or go higher), I think it’s likely that we’ll see a wave of bankruptcies and asset sales, possibly over the next 12 months.

This means that there may be a coming bonanza in distressed debt. And, for a change, one where the little guy has a major advantage.