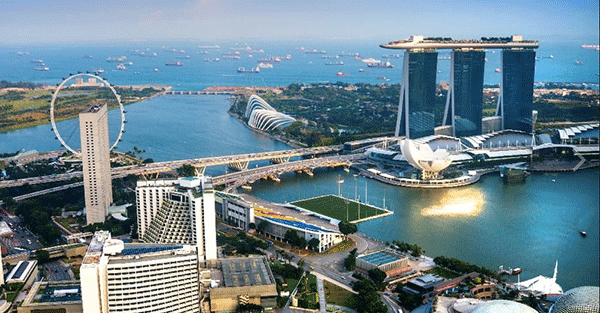 This morning some of the biggest financial news of the year made huge waves all over Asia.

Yet in the Western press, this hugely important information has barely even been mentioned. (CNBC.com, for example, has yet to report on this story as of 11:45am Eastern…)

While this is ignored in the US so far, it’s front page news in Asia

So what’s the news?

The Chinese government announced that the renminbi will become directly convertible with the Singapore dollar… effective tomorrow morning.

It’s clear this deal has been in the works for a while, and it’s another major step towards the continued internationalization of the renminbi and unseating of the dollar as the world’s dominant reserve currency.

For decades the renminbi has been a tightly controlled currency. It’s only been in the last few years that the Chinese government started loosening those controls, primarily in response to the obvious need for a dollar competitor.

The entire world is screaming for an alternative to the dollar and the US government.

Since the end of World War II, the US has been in the driver seat. The Fed essentially sets global monetary policy. Foreign banks are forced to rely on the US banking system. Nearly every nation on earth must hold US dollars and buy US government debt just to be able to trade with one another.

These were sacred privileges entrusted to the US government. And they have been abused time and time again.

The US government spies on its allies. It uses its banking system as a weapon to threaten foreign companies. It fines foreign banks billions of dollars for doing business with countries it doesn’t like.

They discredit themselves by continuing to indebt future generations and failing to make tough fiscal decisions.

And the Fed has printed so much money that major foreign institutions are left with no choice but to seek an alternative. Enough is enough.

China is taking the lead in providing the world with another option. And they’re not exactly doing this under cover of darkness. These moves have been widely telegraphed, at least to anyone paying attention.

For the last few years the Chinese government has entered into new ‘swap agreements’ at blazing speed, allowing other nations’ central banks and governments to hold the renminbi in reserve.

This summer we saw the establishment of a Chinese-led supranational bank intended to compete directly with the IMF.

And now this– direct convertibility between China and the #1 financial center in Asia, making it possible for ANYONE to trade and hold renminbi through Singapore.

It’s so obvious where this train is headed.

But again, this story is hardly covered in the Western press. They’re living in a dream world where King Dollar still reigns and the US is the only superpower in the world.

Nonsense. It’s imperative to stop listening to the propaganda and start paying attention to facts:

The US government has accumulated more debt than any other nation in the history of the world… and is in a position where they must borrow money to pay interest on the money they’ve already borrowed.

The Federal Reserve (which issues the US dollar) continues to erode its balance sheet. According to last Wednesday H.4.1 report, the Fed’s capital base is a minuscule 1.26% of its total assets.

A year ago it was 1.42%. That was bad enough. But on a proportional basis, the Fed has lost another 11.3% of its capital in the last twelve months.

And according to the Society for Worldwide Interbank Financial Telecommunication (SWIFT), international bank payments denominated in renminbi have nearly tripled in value in the past two years.

These are all objective facts which point to the same conclusion: this current dollar/debt-based system is on the way out.

It’s not going to happen overnight, but we’re already seeing a slow and orderly exit. And we can see the rest of this trend unfolding years in advance.

Ignoring this could be very hazardous to your financial well-being. And while the Western media might be totally clueless, there are plenty of options for forward-thinking individuals.

There are dozens of other solutions out there. You’ll be able to find some that are just right for your circumstances.