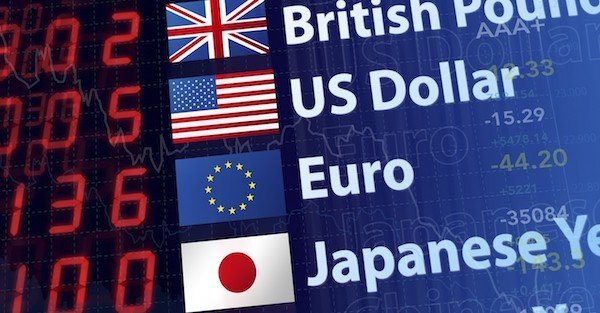 About a week and a half ago when I landed in Australia, I walked past the currency exchange booths in the arrivals hall and took a quick look at their rates.

Their quoted price to change US dollars into Australian dollars was 77 cents that day.

I quickly glanced at my phone and found that the actual market rate was just 72 cents.

So these guys were charging an unbelievable 7% markup! And that was on a major currency.

For people who happen to come from more exotic countries, the price is even higher.

If you hail from Costa Rica, for example, these airport guys won’t exchange Costa Rican colons into Australian dollars.

So you first have to exchange colons for US dollars in Costa Rica (and pay some overpriced exchange rate), and then once again change US dollars for Aussie dollars at a 7% markup once you land in Australia.

This is such an incredible scam, one of many that exists in the global financial system.

One of my favorite financial scams is in sending wire transfers.

Banks will often say things like, “Oh, it’ll take 3-5 days for the money to arrive in the recipient’s account. . .”

What??!? These people act like they’re loading up some kid with a satchel full of cash on the Pony Express to gallop across the country to deliver your money.

As we discussed yesterday, our modern financial system is nothing more than a series of accounting entries held in a computer database somewhere.

So when you transfer funds from one bank to another, all the banks do is make small annotations in a giant database.

It doesn’t take 3-5 days. It takes about 3-5 seconds. They just want to hang on to your money for a few days without having to pay you interest.

This is the nature of the entire financial system. Banks and financial institutions never miss an opportunity to screw the little guy in order to benefit themselves.

There is a consistent pattern in finance of willfully violating the trust that the public places in these institutions.

And when they royally screw up and make idiotic investment decisions with our deposits, the taxpayers are forced to bail them out so they can start all over again.

It’s an absurd cycle. But the good news is that it’s coming to an end.

Banks were once vital middlemen who were necessary to facilitate commerce.

This is the way it has been for over seven centuries– banks have stood in the middle of that transaction because savers and borrowers had no way to access one another.

This is no longer the case.

Our modern technology now makes it possible for people across the world to gather and organize online.

And this means that nearly every single function of a bank can now be conducted cheaper, faster, and more efficiently through digital technology.

If you want to borrow money, you no longer need to go to a bank.

There are dozens of peer-to-peer lending platforms where you can borrow money for just about anything– starting a new business, buying a home, and even consumer purchases.

And with the advent of services like Google Wallet, Apple Pay, and especially Bitcoin’s blockchain technology, you no longer need a bank to deposit money; it can all be stored digitally on your mobile phone.

You can exchange currencies and send money around the world without a bank, quickly and inexpensively through websites like TransferWise and Azimo.

Everything that a bank does– investing your money, processing credit card transactions, etc. can now be conducted outside of the banking system.

All of this technology already exists. These “fintech” or financial technology companies are already out there.

It’s merely a question of how quickly the technology will be adopted.

20 years ago few people had ever heard of the Internet. Today we can’t imagine our lives without it.

I expect the adoption of financial technology will occur much more rapidly.

This is great news. The current financial system is in precarious condition. Banks are incredibly overleveraged and undercapitalized. Governments are bankrupt. Central banks are nearly insolvent.

The entire system is a house of cards held up by a very thin layer of confidence.

But one of the great lessons of history is that no matter how much the people in charge screw up, human beings always rise.

We adapt. We create solutions. And we clear out the old system with something better.