The government shutdown is far worse than we even imagined 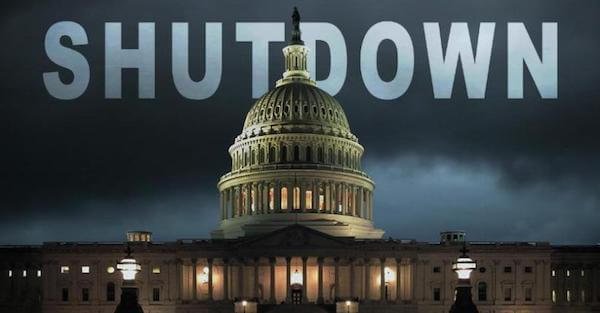 Last Thursday, I published a Notes article saying I would use five-to-six figures of the money I saved last year in taxes to pay rent for furloughed government employees.

And so far, the response has been amazing.

We’ve already sent money out the door to help these people during the government shutdown.

And we’ve also received some interesting feedback that gives us a bit more insight into what’s happening to the 800,000+ government employees affected by the shutdown.

First, as a requirement to receive funds, we asked for people to email us from their “.gov” email addresses.

Well, one woman who works for a federal agency reminded us that it’s illegal – at least for her department – to send non-work related emails from a .gov address (unless of course you’re Hillary Clinton).

We also learned the shutdown, now in its third week, is hurting FAR MORE than the 800,000-person figure the media is stating…

The federal government employs around 2.7 million people (not including non-civilian military, which is another million plus folks).

And there are another four million or so people that work as government contractors… everyone from partners at major consulting firms to the person mopping the floor at the Pentagon.

Several contractors wrote us to ask for help. And these people are getting severely screwed.

One reader works as an academic at a major university for $11/hour ($10 after paying for parking on campus). This person doesn’t receive any benefits. And it’s questionable if they’ll be reimbursed for lost work.

Another contractor that provides services to the government said they haven’t worked since December 21 and have lost out on around $800 (a large sum for this person that they depend on for rent). And this person will not be reimbursed for lost wages.

So millions of people (and their families) are being hurt financially by the government shutdown… which shows you just how far the government has slithered into every facet of our lives.

The government is spending money it doesn’t have (a trillion dollars more each year than it earns in tax revenue). And millions upon millions of people depend on that “funny money” to survive. It’s not sustainable. And it will only get worse.

Eventually this will all come to an end. And millions of people’s lives will be turned upside down. At that point, no act of Congress of signature from POTUS will do the trick… because the money simply will not be there.

This isn’t a political or philosophical debate. And we’re not discussing whether or not government workers are important, or if their jobs are even necessary.

The problem is simple arithmetic.

The scariest part is there are people connected to this who don’t even realize it. You might be a subcontractor and not even realize the government is your ultimate client. And if that’s the case, you’re out in the cold, too.

Later this week, we’ll give you an example of a state government that is already facing this issue… and the only decision they can make now is who to default on first.