The last time this happened, the US went to war to ‘defend’ its interests. 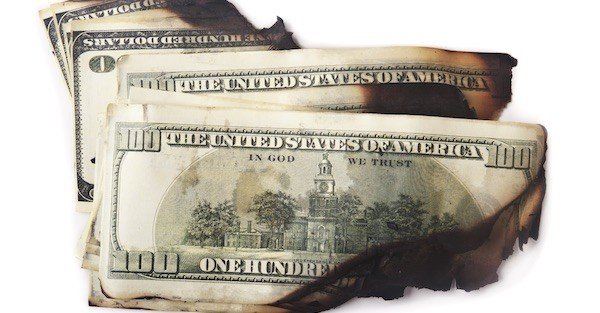 In 1974 Richard Nixon struck a deal with Saudi Arabia that might go down as the biggest scam in US history.

In exchange for weapons and protection, the Saudis would sell their oil for US dollars, then reinvest those dollars back in the United States.

This was a matter of life or death for the dollar at the time; Nixon had closed the gold window three years before, and a massive devaluation of the dollar ensued.

Ensuring that the world’s most traded commodity would only be priced and settled in US dollars was absolutely critical in propping up the currency.

Looking back, it was a brilliant strategic move. The rest of OPEC followed, and this sealed the deal for US financial, political and military supremacy for decades.

The petrodollar was born.

Today, oil remains the most widely traded commodity in the world. And since EVERY nation either buys or sells oil, it means that every nation holds US dollars.

Rather than just sitting on a pile of paper currency, though, foreign banks, governments, and central banks tend to hold US Treasuries, i.e. US debt.

This means that the US government has a nearly unlimited supply of foreigners to pawn off its dollars, debts, and deficits onto.

The rest of the world toils away to produce things. They work in the fields, manufacture products in factories, pull oil and gas out of the ground.

The US, on the other hand, prints dollars… and then trades this paper to foreigners for the stuff they’ve actually worked to produce.

You’d think the US government would be gratefully sending fruit baskets to every foreign country in the world, treating everyone like a welcome friend.

But that’s not what they do.

The US government arrogantly commands every bank in the world to report to the IRS. They drop bombs, send in drones, and invade foreign nations.

They spy on their allies and enemies alike. They freeze foreigners out of the US banking system and fine foreign banks for doing business with countries they don’t like.

It’s unbelievably stupid. Their behavior practically begs foreigners to abandon the dollar, and the US.

And it’s starting to happen, right in front of our very eyes.

The US has shown that it’s willing to go to war to support this petrodollar system.

(Saddam Hussein won support from the UN in the early 2000s to sell oil for euros. Shortly after, he was gone.)

So the fact that it’s starting to unwind right now is very concerning, especially given the existing battlefield in Ukraine.

Join me in today’s podcast episode as we explore how the petrodollar is the US’ biggest Achilles’ heel and how it’s clearly in the early days of its demise.