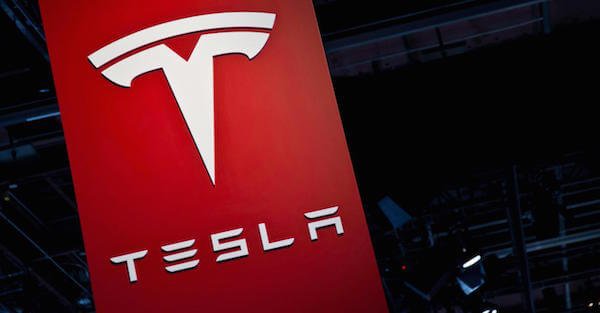 A few weeks ago, we shared a note about Tesla from the hedge fund Vilas Capital Management. The firm, which is short the shares, said “Tesla is going to crash in the next 3-6 months.”

I received an update from Vilas this morning explaining why they’re even more bearish on Tesla today. The firm pared its short positions after the recent selloff. And Telsa now comprises about 98% of their short book.

You can read the rest of Vilas’ thoughts on Tesla below:

We added meaningfully to our Tesla position in the first quarter at prices in the $340 range. We continue to believe that Tesla is extremely overvalued and that it will experience significant financial difficulties over time.

All companies in a capitalistic system need to earn profits and those profits need to be attractive relative to the amount of shareholder capital employed. Tesla has never earned an annual profit. Along with digital currencies and Unicorns, Tesla appears to be caught up in a gold-rush-fever type of emotional response, both from a “they will take over the world” and a “they will save the world” combination of hopes, instead of their owners looking at the numbers.

Tesla bulls will argue that their production will rise to 5000 Model 3’s per week soon and, therefore, the stock will trade meaningfully higher. Given that the company lost $20,000 per Model S and X sold for roughly $100,000 each last year, due to the fact that it cost more to build, sell, service, charge and maintain these cars than they collected in revenue, as it is important to include all costs when evaluating a business, we predict it will impossible for Tesla to make a profit on a $35,000 to $50,000 car.

As anyone with automotive experience knows, profit margins are far higher on bigger, more expensive cars. Therefore, the faster Tesla makes Model 3’s, the more money they will lose.

Roughly five institutions make up nearly 50% of Tesla’s freely floating shares. All it will take is for one of them to realize the likely fact that the company won’t ever earn an annual profit, has been overly optimistic, at best, or quite dishonest, at worst, with their projections of cash flow and profit and Tesla’s shares should fall precipitously. We believe that the CEO’s recent tweet that the company will be profitable and will generate positive cash flow in the second half of the year are likely attempts to artificially inflate the stock and keep creditors at bay.

Given that our calculations show that Tesla needs to raise at least $5 billion of equity, if not closer to $8 billion, to stay solvent in the next 14 months, the company needs to find at least another dozen Ron Baron sized investors.

We do not believe that this will be possible given their expected future losses, working capital and capital expenditure needs, lousy execution with the Model 3, falling demand for their somewhat stale Model S and Model X, tax rebates of $7,500 per car that will start going away shortly, impending competition from Jaguar, Mercedes, Porsche, BMW, Audi, etc., the credit rating downgrade by Moody’s to Caa+ while leaving the credit on watch for further downgrades (Caa+ is basically defined as impending default), the NTSB investigation into the accident caused by the “Full Self Driving” option that they collected $3000 for (which may create a class action lawsuit, fines and the disabling of the feature), the fact that they have had 85 letters and investigations back and forth with the SEC (a very unusual pattern), the fact that their three top finance executives (CFO, Chief Accounting Officer, and Director of Finance) have left the company over the last 18 months leaving huge amounts of awarded by unvested shares on the table, a highly suspicious pattern, and the fact that the company owes suppliers roughly $3 billion of unsecured payments, which could be “called” at any time, similar to a run on a bank.

If Tesla’s suppliers simply asked for their past invoices to be paid and to be paid in cash at the time of their next parts delivery, a likely outcome the worse Tesla’s balance sheet gets, it is clear that Tesla would need to file for protection from creditors. Further, the banks lending Tesla money cannot ignore the balance sheet. They have strict rules that regulators enforce about lending to companies with increasingly negative working capital.

The company’s story about further drawing down lines of credit to finance operating losses and capital expenditure needs may seem plausible to novice investors but, in our opinion, not to suppliers and regulated lenders. In a game of financial musical chairs, it is important to sit down quickly.

Who in their right mind would continue to finance this money losing operation? Up to this point, it has been from growth investors who have likely never owned an auto stock before. Once they figure out the industry and the truth about Tesla’s future, we doubt it will continue.