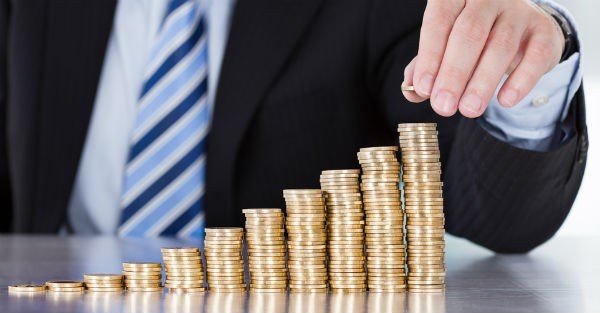 “The stock market is filled with people who know the price of everything, but the value of nothing.” – Philip Fisher.

A personal perspective on some of the challenges facing today’s investor:

1. The Communist experiment of the planned economy did not work.

2. Not only did it not work, it impoverished millions.

3. Western central banks, their client governments, and agents in the economics “profession” seem unaware of this fact, or wilfully disregard it.

4. People respond to incentives. Everything else is detail.

5. Adam Smith’s invisible hand does work, if left well alone by the dead arm of bureaucracy.

6. In the aftermath of the breakdown of Bretton Woods, ‘developed’ governments have amassed unpayable mountains of debts.

7. A culture of entitlement has made these debt mountains higher.

8. These debts will never be repaid, except in devalued money.

9. The Fed has said as much – this is a secret hiding in plain sight.

10. The debt overhang will depress economic growth for the foreseeable future..

11. But a cult of economic ‘growth at any cost’ has infected the modern psyche.

12. In the real world, there are practical limits to growth. Beyond a certain level in any mature system, further growth is tantamount to either obesity, or cancer.

13. Pre-financial crisis economic growth throughout the western economies was illusory. It was established on the unstable sands of credit creation and borrowed from the future.

14. Until the stalemate is resolved, asset markets will reflect, and oscillate between, fears of deflation and inflation. Money may be made, but much more will be lost.

15. Free markets, if allowed to operate, would prefer that the system cleanse itself through a deflationary shock.

16. “Falling prices or price deflation are not the cause of economic and financial crises, but their consequences – and at the same time their cure.”

17. Indebted governments and effectively insolvent banks cannot afford that deflationary shock. It poses an existential threat to the finances of incumbent governments and the ongoing existence of the unreserved banking system.

18. As the parlous state of government finances becomes clearer, governments and the media have disingenuously blurred the distinction between tax avoidance and tax evasion.

19. Tax avoidance is an entirely legitimate and legal behaviour.

20. “No man in the country is under the smallest obligation, moral or other, so to arrange his legal relations to his business or property as to enable the Inland Revenue to put the largest possible shovel in his stores. The Inland Revenue is not slow, and quite rightly, to take every advantage which is open to it under the Taxing Statutes for the purposes of depleting the taxpayer’s pocket. And the taxpayer is in like manner entitled to be astute to prevent, so far as he honestly can, the depletion of his means by the Inland Revenue.”

21. If governments wish to make certain tax avoiding behaviour illegal, it is in their powers as lawmakers to do so.

22. The monetary policy response to this economic stalemate can only be to attempt to ignite inflation (and attempt to destroy savers and those on fixed incomes in the process).

23. “Money and credit growth can never make a nation prosperous. It may bring about a shift in income and wealth from some groups to other groups, but it inevitably tends to impair the prosperity of the whole nation.”

24. Base money creation is inherently inflationary.

26. It will become ‘true’ inflation as and when bank lending recovers and the velocity of money rises.

27. If inflationary pressure rises even as interest rates are kept artificially low, there is a risk of widespread currency collapse. The markets cannot be fooled.

28. In the meantime, markets are trapped in a ‘no man’s land’ of sub-par growth, artificially suppressed interest rates, and artificially boosted financial asset prices. The bull market will not last forever; the interest rate cycle will turn, whether central banks like it or not.

30. Artificially low interest rates will give rise to malinvestments, notably in property. The dismal cycle will replay itself again.

31. Sensible entrepreneurial endeavour cannot occur in an economy where the cost of capital is a plaything of central bankers. Companies are hoarding capital for a reason. The so-called recovery is largely a function of government spin.

32. The price mechanism has been destroyed.

33. Sensible investment cannot occur where the term structure of interest rates and the so-called risk-free rate are also playthings of central bankers.

36. Quantitative easing helps nobody beyond a narrow financial elite benefiting from notional gains in financial assets.

37. A policy of Zero Interest Rates ensures that saving is depressed.

39. Money is too important to be left to the State.

41. The experience of the 1930s should have taught us that beggar-thy-neighbour economic policies do not work. “An eye for an eye only ends up making the whole world blind.”

42. Beggar-thy-neighbour competitive currency devaluations are being practised by just about everybody.

43. No unbacked paper currency has ever lasted. And no government attempts at wage and price controls have ever succeeded.

44. The tide of financial repression will rise.

45. The future is unclear but the failure of the current system seems certain.

46. Gold is an answer, but it is not the answer. The productive and purposeful endeavour of entrepreneurs is also an answer – but only at an appropriate price, if one can even be assessed in a system wherein financial calculation has been made impossible.

47. “An investment in knowledge pays the best interest.” But we are drowning in information and starved of knowledge.

48. Modern communications, efficient though they are, have destroyed patience and discipline. We crave immediate gratification and returns from our investments.

49. “The only useful thing banks have invented in 20 years is the ATM.”

50. “Wide diversification is only required when investors do not understand what they are doing” – or when the underlying investment landscape is fraught with unprecedented risks, and peppered with unexploded ordnance.

51. Nobody can say with certainty what is to come – central bankers least of all.