The next shoe drops just 2 days after the last one 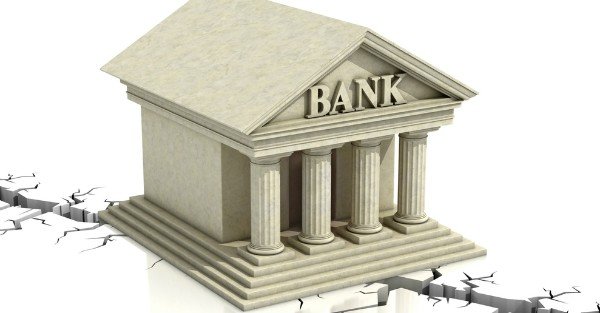 Imagine for a moment that you have a neighbor who is in debt up to his eyeballs.

This guy is flat broke. He’s racked up six figures worth of consumer debt wasted on worthless knick-knacks. About the only thing he has of any value is his big, beautiful house.

It’s a gorgeous home. Ornate, elegant. It’s by far the nicest in the neighborhood.

You’d think he would want to take pretty good care of it given that it’s his only remaining asset. It would make sense to keep the grass cut, the pool clean, and the roof in good condition.

At a minimum, it would at least make sense to do absolutely nothing.

But no. Your neighbor is such a moron, he decides to ‘renovate’ with a chainsaw and a stick of dynamite.

Needless to say, it doesn’t take very long for your neighbor to destroy the only worthwhile asset he had left.

It’s such an eyesore, in fact, everyone else on the block wants to move.

I know what you’re thinking– no one would ever be so stupid. Yes they would. Because that’s exactly what the US government is doing to the banking system.

Two days ago in our latest Podcast release, I told you about how the US is destroying its banking system.

Just like our pretend neighbor, it’s as if they’re deliberately trying to weaken one of the few things that still gives the US a shred of power in the world anymore.

Global commerce would grind to a halt if it weren’t for the interbank system in New York. This gives the US tremendous power in the world.

Yet everything they’re doing, from devaluing the currency to shutting down interbank ‘nostro’ accounts to regulating everyone on the planet, is EXACTLY what you would do if your goal was to destroy your banking system.

Rather than repeat myself from Monday’s podcast, though, I wanted to alert you to a new development.

All of this is under pressure from the US government to scrutinize banking relationships with ‘politically exposed persons’, or PEPs.

(Only foreign PEPs, of course. Members of Congress can bank without any problems.)

Jose Ocampo, a former finance minister of Colombia, told the FT “I had all my money frozen. I am being treated like a criminal.”

I had lunch on Monday in New York with a friend of mine who used to be a minister in Macedonia. He told me he was also being heavily scrutinized, even though he had retired long ago.

Apparently once you’re a PEP, you’re always a PEP. So banks are simply shutting these relationships down.

Talk about shi**ing where you eat!

Banks and governments are in bed with each other. And by unilaterally severing their ties with foreign politicians, the US is practically begging its former clients to create an alternative system that doesn’t rely on the US.

This is such an insane story. And it’s happening so quickly.

It was just 8 days ago that Bank of America embarrassingly admitted they had been overstating their capital for years.

And just two days ago the US imposed this ridiculous FATCA deadline. And now this.

Practically every day, the US goes deeper into debt. They print more money. They create more absurd regulations. And they deliberately make themselves weaker.

How long can this persist before there’s a major reset?