The -other- “ban” that was quietly announced last week 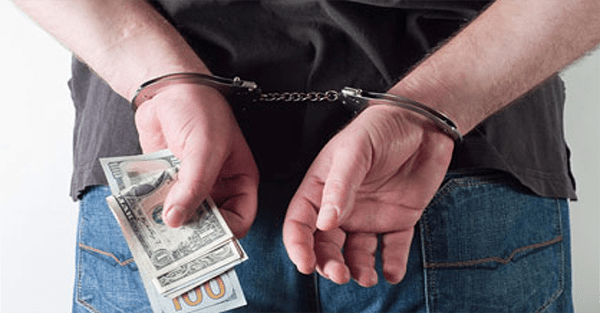 Most of the world is in an uproar right now over the travel ban that Donald Trump hastily imposed late last week on citizens of seven predominantly Muslim countries.

But there was another ban that was quietly proposed last week, and this one has far wider implications: a ban on cash.

There are already a number of anti-cash legislative measures that have been passed in individual European member states.

In France, for example, it’s illegal to make purchases of more than 1,000 euros in cash.

And any cash deposit or withdrawal to/from a French bank account exceeding 10,000 euros within a single month must be reported to the authorities.

And the European Central Bank announced last year that it would stop production of 500-euro notes, which will eventually phase them out altogether.

So that’s why the European Commission is now working to standardize a ban on cash, or at least implement severe restrictions and reporting, across the entire EU.

The Commission’s roadmap indicates that forthcoming legislation, likely to be enacted next year.

This is happening. And it may serve as the perfect case study for the rest of the world.

A growing bandwagon of academics and policy makers in other countries, including the United States, UK, Australia, etc. has been calling for prohibitions against cash.

It’s always the same song: cash is a tool for criminals and terrorists.

Harvard economist Ken Rogoff is a leading voice in the War on Cash; his new book The Curse of Cash claims that physical currency makes the world less safe.

Rogoff further states “all that cash” is being used for “tax evasion, corruption, terrorism, the drug trade, human trafficking. . .”

Apparently pulling out a $5 bill to tip your valet makes you a member of ISIS now.

Of course, this is total nonsense.

A recent Gallup poll from last year shows that a healthy 24% of Americans still use cash to make all or most of their purchases, compared to the other options like debit cards, credit cards, checks, bank transfers, PayPal, etc.

And the Federal Reserve Bank of San Francisco released a ton of data late last year showing that:

– 52% of grocery purchases, along with personal care products, are made in cash

– But even at much higher amounts over $100, nearly 1 in 5 purchases are still made using physical cash

This doesn’t sound life nefarious criminal activity to me.

It seems that perfectly normal, law-abiding citizens still use cash on a regular basis.

But that doesn’t seem to matter.

A bunch of university professors who have probably never been within 1,000 miles of ISIS think that a ban on cash would make us all safer from terrorists.

You probably recall the horrible Christmas attack in Berlin last month in which a Tunisian man drove a truck through a crowded pedestrian mall, killing 12 people.

Well, the attacker was found with 1,000 euros in cash.

The logic, therefore, is to ban cash.

I’m sure he was also found wearing pants. Perhaps we should ban those too.

This idea that criminals and terrorists only deal in bricks of cash is a pathetic fantasy regurgitated by the serially uninformed.

I learned this first hand, years ago, when I was an intelligence officer in the Middle East: criminals and terrorists don’t need to rely on cash.

The 9/11 attackers spent months living in the United States, and they routinely used bank accounts, credit cards, and traveler’s checks to finance themselves.

And both criminal organizations and terrorist networks have access to a multitude of funding options from legitimate businesses and charities, along with access to a highly developed internal system of credit.

What cash controls do affect, however, are the financial options of law-abiding people.

These policymakers and academics acknowledge that banning cash would reduce consumers’ financial privacy. And that’s true.

But they’re totally missing the point. Cash isn’t about privacy.

It’s one of the only remaining options in a financial system that has gone totally crazy.

Especially in Europe, where interest rates are negative and many banks are on the verge of collapse, cash is a protective shelter in a storm of chaos.

Think about it: every time you make a deposit at your bank, that savings no longer belongs to you. It’s now the bank’s money. It’s their asset, not yours.

You become an unsecured creditor of the bank with nothing more than a claim on their balance sheet, beholden to all the stupidity and shenanigans that they have a history of perpetrating.

Banks never miss an opportunity to prove to the rest of the world that they do not deserve the trust that we place in them.

And for now, anyone who wishes to divorce themselves from these consequences can simply withdraw a portion of their savings and hold cash.

Cash means there is no middleman standing between you and your savings.

Banning it, for any reason, destroys this option and subjects every consumer to the whims of a financial system that is stacked against us.