The time when Kiefer Sutherland beat me to the punch 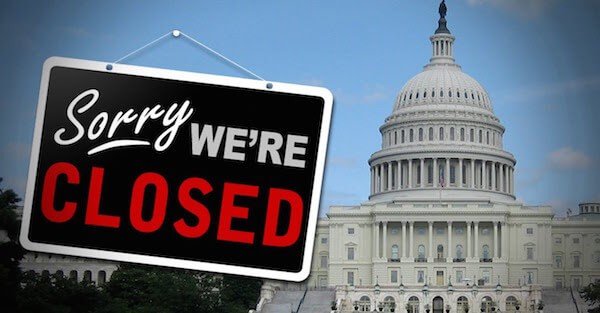 The basic premise was that some unknown domestic terrorist group executes an attack on the United States government by blowing up the Capitol during the President’s State of the Union Address.

It’s a little silly, but I even wrote a small treatment for it, including this scene–

ATTACKER speeds off to a parking garage where he ditches the bike, takes off his black motorcycle attire and helmet, revealing a three-piece suit. He drops the motorcycle stuff in a steel waste bin along with an incendiary grenade, lighting the contents on fire, then casually pulls the fire alarm. You never see his face.

After the attack is perpetrated, the US is effectively left without a government given that nearly every member of Congress, the President, Vice President, most of the cabinet, the Joint Chiefs, and the Supreme Court was all in that building.

The only guy who survives is the ‘designated survivor,’ some member of the President’s cabinet who’s supposed to head up a new government.

I never did anything with the treatment because I couldn’t quite figure out how I wanted the story to end. So it sat on my computer for years collecting digital dust.

It had the same premise– terrorists blow up the Capitol building during the State of the Union address, effectively destroying the entire government.

Sutherland’s character is some low-ranking cabinet secretary who was the designated survivor, and he is urgently sworn in as President during the first episode.

The show is a bit of an action thriller as they try to uncover the plot of who these domestic terrorists are.

And that was the big difference.

My version of the idea back in 2013 was as a dark comedy.

I know that probably sounds horrible… but my main thinking was to showcase how utterly useless and ridiculous most of the government’s bureaucratic functions are.

My premise was that, after the attack, there would be an initial panic. The stock market would crash and citizens would freak out.

But after a bit of time they’d realize, “Wait a minute, the world didn’t come to an end.”

The grocery stores still had food on the shelves, the gas stations still had fuel, the power companies were still pumping out electricity, Apple was still making iPhones.

Nothing really changed. The Armageddon that everyone was anticipating never materialized.

More importantly, the LACK of government forced people to take on certain responsibilities for themselves.

Without the SEC to lull investors into an absurd false sense of security that financial markets were ‘safe’, people actually had to start doing real due diligence on their investments.

Without the USDA letting the Big Food companies sell everyone poison like High Fructose Corn Syrup while the government tells us that it’s all safe, people actually start paying attention to what they eat.

There’s no FDA to squash potentially life-saving cancer treatments, no FEMA to bungle emergency relief efforts, no Department of Education to turn the youth of a nation that was once self-reliant and entrepreneurial into a bunch of dumbed-down serfs.

Meanwhile, at least in my version of the story, the guy who was the designated survivor was a total buffoon.

Not that the character was stupid… but just so out of touch that, once he became President, his priorities were all about trying to re-assert mindless bureaucracy.

The script would work in real life examples of government waste that the new President would champion– like the $30,000 that the federal government really spent last year on a production of Shakespeare’s Hamlet… starring dogs instead of humans.

Anyhow, you get the idea.

I was thinking about this a lot over the weekend now that the US government has once again shut down.

Aside from being an utter embarrassment, though, the shutdown isn’t totally dissimilar to my version of the story.

There’s been all sorts of fear surrounding the possibility of a shutdown. And now that it’s here, it turns out there’s not really much of a major impact.

There’s still food on the shelves and gas at the pumps. The economy is still functioning.

There are simply fewer people to slow it all down.

And let’s be honest– it’s not a complete government shutdown. Any function deemed ‘essential’ is still at work, including the military, federal courts, air traffic control, etc.

Social Security recipients will keep receiving their benefits too.

But any government function deemed ‘nonessential’ has been shut down… which raises an interesting question:

Why does the government do anything that’s non-essential to begin with?

Every single function they take on sucks resources out of the economy. They squander and waste the majority of those resources, then end up giving people a $2 billion website that doesn’t work.

Clearly this is a government in need of serious downsizing.

Any other organization in the world with a history of such gargantuan waste would be forced to strip itself down to its core and limit itself to only the most essential functions.

Sadly, though, the public attention seems to be focused on how terrible this shutdown is and how these politicians need to come together to reopen the government.

Are you kidding me? This is a gift. Keep it closed.

The last time the government shut down in October 2013, the US economy posted its highest quarterly GDP growth in years.

And when the economy shut down TWICE in the fourth quarter of 1995, the US economy posted a whopping 7.2% growth rate in the following quarter.

The evidence is pretty clear– the longer these politicians bicker and argue, the better off everyone else will be.

Here’s to hoping they keep their doors closed for a very, very long time.