The US government lost nearly $1 trillion in FY2017. Again 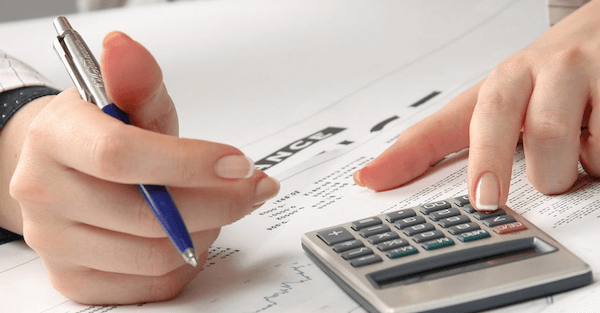 There was a time, centuries ago, that France was the dominant superpower in the world.

They had it all. Overseas colonies. An enormous military. Social welfare programs like public hospitals and beautiful monuments.

Most of it was financed by debt.

France, like most superpowers before (and after), felt entitled to overspend as much as they wanted.

And their debts started to grow. And grow.

By the eve of the French revolution in 1788, the national debt of France was so large that the government had to spend 50% of tax revenue just to pay interest to its lenders.

Yet despite being in such dire financial straits the French government was still unable to cut spending.

All of France’s generous social welfare programs, plus its expansive military, were all considered untouchable.

So the spending continued. In 1788, in fact, the French government overspent its tax revenue by 20%, increasing the debt even more.

There are presently a handful of countries in the world today in similar financial condition– places like Greece, which are so bankrupt they cannot even afford to pay for basic public services.

But the country that has the most unsustainable public finances, by far, is the United States.

During that period, according to the Department of Treasury’s financial statements, the US government took in $2.95 trillion in federal tax deposits.

And on top of that, the government generated additional revenue through fees and ‘investments’, including $62 billion in interest received on student loans, and $16 billion from Department of Justice programs like Civil Asset Forfeiture (where they simply steal property from private citizens).

That sounds like an enormous amount of money. And it is. That’s more than the combined GDPs of the poorest 130 countries in the world.

But the US government managed to spend WAY more than that– the budget for the last fiscal year was $4.1 trillion.

So to make up the shortfall they added $671 billion to the national debt– and this number would have been even larger had it not been for the debt ceiling fiasco.

Plus they whittled down their cash balance by $194 billion.

So in total, the federal government’s cash deficit was $865 billion for the last fiscal year.

And, again, that number would have been even worse if not for the debt ceiling that legally froze the national debt in place.

Just like in 2016 (where the cash deficit was $1 trillion), this past fiscal year saw no major recession. No full-scale war. No financial crisis or bank bailout.

It was just another year… business as usual.

And yet they still managed to overspend by nearly $1 trillion, with costs exceeding revenue by more than 20% (just like the French in 1788).

What’s going to happen to these numbers when there actually is a major war to fund? Or major recession? Banking crisis?

More importantly, they’ve been overspending like this for decades without any regard for the long-term consequences.

That’s why the national debt exceeds $20 trillion today. And including its pension shortfalls, the government estimates its total ‘net worth’ to be NEGATIVE $65 trillion.

Thousands of people are joining the ranks of Social Security and Medicare recipients each day, pushing up the costs of those programs even more.

Yet their Boards of Trustees warn that both Social Security and Medicare are quickly running out of money, raising the specter of a major bailout.

Plus there’s trillions of dollars more in needed spending to maintain the nation’s infrastructure. The list of long-term expenses goes on and on.

The obvious truth is that none of this is sustainable.

From the Roman Empire to the French in 1788, history tells us that the world’s dominant superpower almost invariably spends itself into decline, ignoring the consequences along the way.

It would be foolish to presume that this time will end up any different… especially given that there’s zero sign of any changes to the trajectory.

Congress has already put forward a new spending bill for this Fiscal Year– another 4+ trillion, not including any emergency spending that might arise (like hurricane relief, for example).

So we’re already looking at another nearly $1 trillion loss for the coming fiscal year, especially given that there’s almost no growth to tax revenue.

Don’t take this the wrong way– the sky is definitely not falling. The world isn’t coming to an end. And the US isn’t going to descend into financial chaos tomorrow morning.

But at a certain point, a rational person has to take note of such obvious and overwhelming data, and take some basic steps to reduce your exposure to the consequences.

For example, if your country is objectively insolvent, it probably doesn’t make sense to keep 100% of your assets and savings within its jurisdiction…

… especially if your government has a proud history of Civil Asset Forfeiture, AND you happen to be living in the most litigious society that has ever existed in the history of the world.

It’s easy (and incredibly cost effective) to move a portion of your savings to a safe, stable jurisdiction overseas that’s out of harm’s way.

Or to hold physical gold and silver in a safety deposit box overseas. Or even cryptocurrency as an alternative.

This isn’t some crazy idea for tin-foil hat-wearing doomsayers.

Rational, reasonable, normal have a Plan B.

And in light of the circumstances and all the data, it would be truly bizarre to NOT have one.