Yes, governments CAN go bankrupt. And no, it’s NOT impossible… 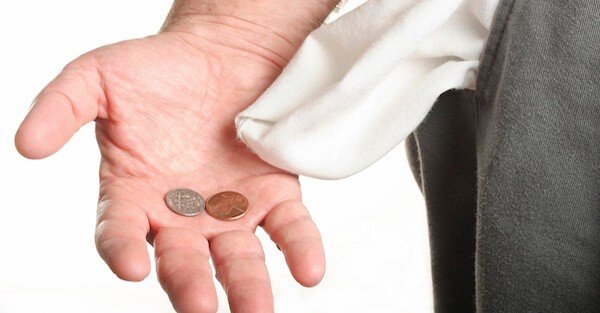 [Editor’s Note: As we’re coming up on the end of the year, we thought it would be appropriate to republish some of our most popular articles. Today’s was originally published on March 13, 2017]

In the year 1517, one of the most important innovations in financial history was invented in Amsterdam: the government bond.

It was a pretty revolutionary concept.

Governments had been borrowing money for thousands of years… quite often at the point of a sword.

Italian city-states like Venice and Florence had been famously demanding “forced loans” from their wealthy citizens for centuries.

But the Dutch figured out how to turn government loans into an “investment”.

Secondary markets developed where people who owned bonds could sell them to other investors.

Even simple coffee shops turned into financial exchanges where investors and traders would buy and sell bonds.

In time, the government realized that its creditworthiness was paramount, and the Dutch developed a reputation as being a rock-solid bet.

This practice caught on across the world. International markets developed.

Throughout it all, debt levels kept rising.

The Dutch government used government bonds to live beyond its means, borrowing money to fund everything imaginable– wars, infrastructure, and ballooning deficits.

But people kept buying the bonds, convinced that the Dutch government will never default.

Everyone was brainwashed; the mere suggestion that the Dutch government would default was tantamount to blasphemy.

It didn’t matter that the debt level was so high that by the early 1800s the Dutch government was spending 68% of tax revenue just to service the debt.

Well, in 1814 the impossible happened: the Dutch government defaulted.

And the effects were devastating.

In their excellent book The First Modern Economy, financial historians Jan De Vries and Ad Van der Woude estimate that the Dutch government default wiped out between 1/3 and 1/2 of the country’s wealth.

That, of course, is just one example.

History is full of events that people thought were impossible. And yet they happened.

Looking back, they always seem so obvious.

Duh. The Dutch were spending 68% of their tax revenue just to service the debt. Of course they were going to default.

But at the time, there was always some prevailing social influence… some wisdom from the “experts” that made otherwise rational people believe in ridiculous fantasies.

Today is no different; we have our own experts who peddle ridiculous (and dangerous) fantasies.

Case in point: this week, yet another debt ceiling debacle will unfold in the Land of the Free.

You may recall the major debt ceiling crisis in 2011; the US federal government almost shut down when the debt ceiling was nearly breached.

Then it happened again in 2013, at which point the government actually DID shut down.

Then it happened again in 2015, when Congress and President Obama agreed to temporarily suspend the debt ceiling, which at the time was $18.1 trillion.

That suspension ends this week, at which point a debt ceiling of $20.1 trillion will kick in.

There’s just one problem: the US government is already about to breach that new debt limit.

The national debt in the Land of the Free now stands at just a hair under $20 trillion.

In fact the government has been extremely careful to keep the debt below $20 trillion in anticipation of another debt ceiling fiasco.

One way they’ve done that is by burning through cash.

At the start of this calendar year in January, the federal government’s cash balance was nearly $400 billion.

On the day of Donald Trump’s inauguration, the government’s cash balance was $384 billion.

Today the US government’s cash balance is just $34.0 billion.

(Google has twice as much money, with cash reserves exceeding $75 billion.)

This isn’t about Trump. Or even Obama. Or any other individual.

It’s about the inevitability that goes hand in hand with decades of bad choices that have taken place within the institution of government itself.

Public spending is now so indulgent that the government’s net loss exceeded $1 trillion in fiscal year 2016, according to the Treasury Department’s own numbers.

That’s extraordinary, especially considering that there was no major war, recession, financial crisis, or even substantial infrastructure project.

Basically, business as usual means that the government will lose $1 trillion annually.

Moreover, the national debt increased by 8.2% in fiscal year 2016 ($1.4 trillion), while the US economy expanded by just 1.6%, according to the US Department of Commerce.

Now they have plans to borrow even more money to fund multi-trillion dollar infrastructure projects.

Then there’s the multi-trillion dollar bailouts of the various Social Security and Medicare trust funds.

And none of this takes into consideration the possibility of a recession, trade war, shooting war, or any other contingency.

This isn’t a political problem. It’s an arithmetic problem. And the math just doesn’t add up.

The only question is whether the government outright defaults on its creditors, defaults on promises to its citizens, or defaults on the solemn obligation to maintain a stable currency.

But of course, just like two centuries ago with the Dutch, the mere suggestion that the US government may default is tantamount to blasphemy.

Our modern “experts” tell us that the US government will always pay and that a debt default is impossible.

Well, we’re living in a world where the “impossible” keeps happening.

So it’s hard to imagine anyone will be worse off seeking a modicum of sanity… and safety.