The worst deal anyone ever made… 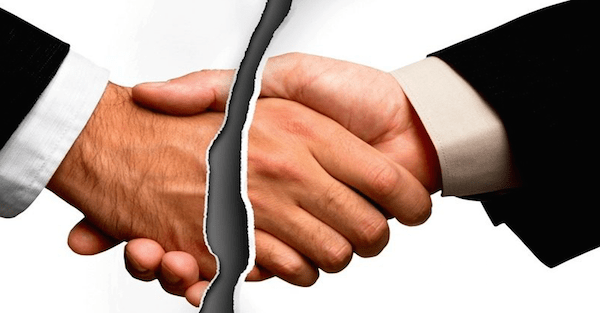 Back in January 2000, AOL bought Time Warner for $162 billion, which was considered an astonishing amount of money back then.

Their goal was to create a tech/media giant. And they failed miserably.

Time Warner was having a difficult time establishing an online presence, so they thought they would benefit from AOL’s 26 million dial-up subscribers.

And AOL, the leader in “online” at the time, was supposed to benefit from Time Warner’s cable network and content.

At the time – peak dotcom madness – tech firms could do no wrong, and investors praised the ambitious merger.

But January 2000 was literally THE top of the market. The dot-com bubble burst almost immediatley afterwards. Recession followed.

By 2002, the merged companies were performing so poorly that they had to take a $99 billion write-off– the largest in corporate history– to account for the deterioration of AOL’s business.

They say history doesn’t repeat, but it often rhymes. And today the tech world and media world are once again in a frenzy to merge.

Now, the fact that these two private companies had to fight in court against the government simply to be able to merge is pretty ridiculous.

But this letter isn’t about the heavy hand of government.

Because, including the whopping amount of debt that AT&T inherited, the deal between the two companies was valued at $108 billion.

$108 billion. That’s an awful lot of money that AT&T paid for Time Warner.

Yet in exchange for such a princely sum, Time Warner will only contribute around $1 billion in annual Free Cash Flow to AT&T.

This is crucial to understand.

Remember that, in simple terms, Free Cash Flow represents the final profit available to shareholders after all capital investments, taxes, and other expenses have been deducted.

Plus, because Free Cash Flow filters out most accounting gimmicks, it’s one of the better representations of a company’s true profitability.

So that means AT&T bought Time Warner for about 100x Free Cash Flow, equivalent to a yield of just 1%.

AT&T believes, however, that certain ‘synergies’ exist between the two companies, which could increase that Free Cash Flow level to $3 – $3.5 billion.

Yet even if they’re successful in achieving that target, AT&T’s effective return will only rise to 3%.

That’s the best case scenario… which is hardly worth writing home about.

I mean, seriously, you could do better than that buying government bonds. Why take on so much risk for such a trivial return?

But in order to achieve this 3% target return, AT&T had to (a) dilute its existing shareholders, and (b) take on tens of billions of dollars in debt.

According to AT&T’s own press release, the company now has $180.4 billion of net debt.

And we needn’t go back too far in the past to highlight how ridiculous this is.

Yet its debt more than DOUBLED to $125 billion.

This is a massive imbalance. The role of any company’s management is to allocate resources in a way that safely maximizes returns for shareholders.

Yet AT&T seems to be doing the opposite– taking on riskier levels of debt to generate diminishing returns.

There’s also currently a bidding war between Disney and Comcast for just a portion of 21st Century Fox’s assets.

The bid is now $71.3 billion, though it’s possible the final amount could be MUCH higher… and another ridiculous multiple of Fox’s Free Cash Flow.

According to the Wall Street Journal, the combined AT&T/Time Warner and Comcast/Fox entities would carry a combined $350+ billion of debt.

That’s larger than the size of the Colombian economy.

It’s pretty remarkable to even be able to borrow that amount of money, let alone for assets which produce relatively small returns.

This is one of the telltale signs of being near the top of a bubble– when companies throw caution to the wind and take on substantial risk for minimal benefit.

It’s worth thinking back to the housing crisis and financial meltdown a decade ago.

Prior to the collapse, banks spent years loaning money at practically 0% to borrowers with bad credit.

And more than that, these risky borrowers didn’t even have to put down any money. Banks commonly loaned up to 105% of a property’s purchase price… and used their depositors’ savings to do it.

Bear in mind, banks often made less than 1% on these mortages.

So just like the AT&T example today, banks from a decade ago took on huge levels of risk in exchange for miniscule returns…

… until eventually the entire system blew up.

That’s not to say there’s some imminent financial catastrophe looming.

But it would be silly to ignore the impact of adding hundreds of billions of dollars worth of debt to acquire assets which contribute comparatively tiny returns.