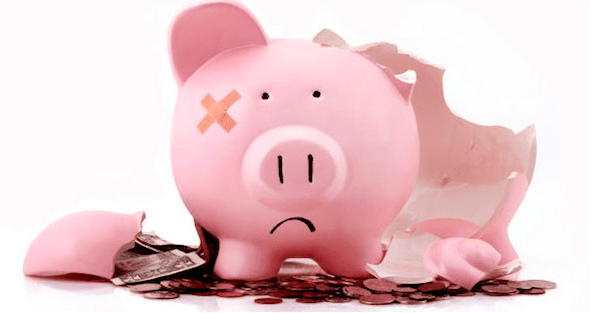 Let me say up front– I know I’ve been a bit quiet lately.

It happens every year around this time when I hold the annual Liberty and Entrepreneurship Camp that I’ve been sponsoring for the past nine years.

The event is incredible: I bring in top entrepreneurs and business executives, plus students from all over the world– places like Ivory Coast, Brazil, Singapore, Russia and the United States.

It’s five days of mentorship that seemingly goes round-the-clock. It’s exhilarating… but exhausting.  And the Notes from the Field schedule always suffers as a result.

I’ll tell you more about the event later this week.  But in the meantime, I thought it was more pressing to talk about the unbelievable situation currently unfolding in Turkey… because it’s pretty extraordinary what’s happening right now.

As you may know, Turkey has imprisoned a US pastor named Andrew Brunson for alleged terrorism and espionage.

Obviously the US government wants him back. So Uncle Sam has slammed Turkey with economic sanctions.

Turkey’s economy was already wobbly before the sanctions. The country is suffering the effects of debilitating debt and persistent recession.

Now the economy is getting absolutely destroyed.

Turkey’s currency, the lira, is down some 45% this year. Just yesterday the lira was down a whopping 7%.

If you don’t speculate in currencies very much, a 7% move in a single day is basically unprecedented. It almost never happens. So this is a pretty big deal.

And over the past week, the currency was down as much as 35%.

Think of it this way: in just one week, the savings of the Turkish people lost over one-third of its value.

I often write about the overwhelming amount of debt in the economy today and the negative effects it can have on currencies.

And Turkey is an important reminder of the consequences: In a matter of days, a third of your savings can vanish.

Bottom line: things like this CAN and DO happen.

This is why I write so much about the importance of having a Plan B. If you have 100% of your assets and 100% of your income domiciled in a single country, you’re taking on a lot of risk.

Think about it– even the most diligent savers and investors in Turkey who have been responsibly socking away plenty of money and investing in safe, quality businesses, are being nearly wiped out as a result of this crisis…

… because they didn’t diversify.

Leaving all of their assets in Turkey means that, if something happens to Turkey, they’re in for a LOT of pain… no matter how safe their local investments might have been.

This is a critical lesson to learn. It always makes sense to diversify some of your assets and income abroad to safer, more stable countries—ESPECIALLY if your home country is drowning in debt.

It’s a simple idea when you think about it: don’t keep 100% of your livelihood in a bankrupt country.

Yet this concept of international diversification often defies human nature.

We tend to focus on our own backyards and are often indoctrinated with a sense that anything outside of our home country is garbage… or inherently risky.

Obviously this is completely ridiculous.

The world is a big place full of lucrative opportunities and sensible safe-havens. And it’s easier than ever to explore the available options.

You can acquire physical gold and store it overseas, for example, without leaving your living room. (And this can be a GREAT insurance policy against potential problems with your home country’s currency.)

You can invest in safe, highly-profitable foreign businesses denominated in foreign currencies with a few mouse clicks.

Smart, sophisticated people have been diversifying abroad for literally thousands of years.

Today, thanks to modern technology, it’s never been easier to take advantage of these options.

But even still, there’s nothing more important than taking action. Because by the time a major crisis occurs, like we’re seeing in Turkey today, it will be too late.