This is epic: China has lost 55% of its most valuable resource 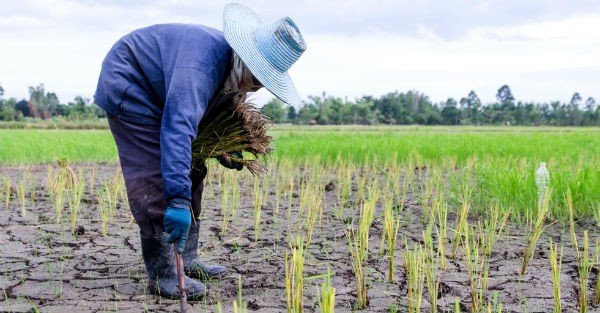 A few days ago I had a conversation with the Chief Operating Officer for our agricultural fund in Chile.

In other words, roughly the entire state– the 8th largest economy in the world– is facing a severe shortage of water.

But if you think that’s bad, China is about to take over the spotlight yet again.

A study by China’s Ministry of Water Resources found that approximately 55% of China’s 50,000 rivers that existed in the 1990s have disappeared.

Moreover, China is over-exploiting its groundwater by 22 billion cubic meters per year; yet its per-capita water consumption is less than one third of the global average.

This is astounding data.

More than 400 major cities in China are short of water, with some 110 facing “serious scarcity”.

Beijing and other northern cities get most of their water from underground aquifers. Over the last five decades, China has had to drill increasingly deeper to gain access to water.

Another challenge China faces is logistics. More than 60% of China’s water is in the southern part of the country, but most of the usage is in the north and along the coastlines.

When you consider that this is a country that has almost one fifth of the world’s population and is soon to become the world’s biggest economy, this is rapidly becoming a global problem.

The Chinese are of course well aware of this and are trying to mitigate the consequences by diversifying internationally, or as I call, planting multiple flags.

Since the most efficient way to save water is not to use it, a sensible strategy is to import water-intensive goods and commodities. Corn and wheat are great examples.

China has been acquiring land across Africa and South America; last week when I was in Ethiopia, the place was crawling with Chinese delegates in the ag business.

The goal is to increase China’s food supply, reduce its dependence on the US for grain imports, and reduce its domestic water demand.

China has the economic capacity to do this. Most nations don’t.

Globally, some two billion people face a water deficit, and dozens of countries have to import water.

Throughout history, water has been the most important resource in the world and a major cause for conflict.

As far back as the ancient Sumerians, wars would break out over control of water supplies in Mesopotamia.

Today, 47% of the world’s non-polar land mass is supplied by rivers shared by two or more states simultaneously. This is an always present but latent source of potential conflict.

We can see that in South East Asia where the Mekong countries bicker over who has the right to build dams and otherwise exploit the river.

All of those countries, plus Bangladesh, India and Myanmar are furious with China’s plans to commandeer more of upstream river sources for itself.

In Ethiopia, where I was just a few days ago, the Grand Ethiopian Renaissance Dam project on the Blue Nile is causing a major diplomatic row with Egypt.

The Egyptians see themselves as the historical “rightful owners” of the Nile River, and they’re in desperate need of the water.

Water availability has enormous political, military, economic, and social implications. And it’s foolish to simply sweep this reality under the rug.

My guess is that tens of thousands of our readers may live in a city experiencing severe water shortages. It’s easy to ignore the problem and trust politicians to fix it. But this is a dangerous course of action.

First of all, stock up. Water keeps, so you won’t be worse off for having a little extra in case there’s a small disruption.

Bigger picture, it may make sense to consider a small bolt hole in a country with abundant per-capita water resources (Georgia, Uruguay, parts of Chile, etc.)

And for investors, owning productive agricultural property in these locations will likely prove to be an excellent investment as farmland in many parts of the world dries up.

More on that another time.