This is the safest 20%+ you will ever make 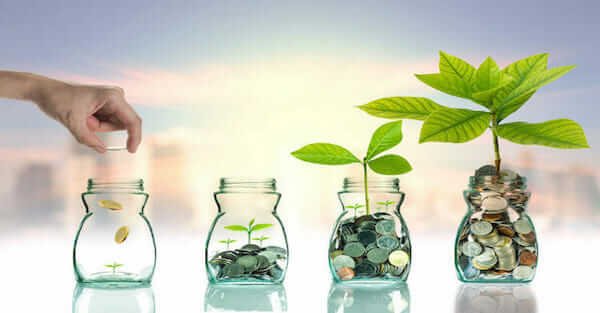 Yesterday I told you about a still little-known gem in the US tax code known as opportunity zones.

The example I gave you yesterday is– let’s say you have Apple stock, and you sell today for a total gain of $250,000.

Ordinarily you’d have to pay tax on that gain.

But if you invest that money in a fund that invests in specially designated ‘opportunity zones,’ which are generally underdeveloped areas, you can push out the tax bill on that $250k for years and years.

And any gains you make on that money in the meantime will be tax free… forever.

Here’s why I think this is a pretty big deal–

A decade ago when the Global Financial Crisis broke out, central banks around the world (including in the Land of the Free) printed trillions upon trillions of dollars, flooding the financial system with a tidal wave of money.

That new money wasn’t backed by anything. They didn’t produce anything of value. They didn’t work to earn it.

They just clicked a few buttons, and, poof… money was created out of thin air.

And for most of the past decade they also managed to hold interest rates down to historically low levels.

For years, in fact, interest rates were literally at the lowest level they had ever been in all of human history.

When money is so abundant and cheap, things can get pretty ridiculous.

Banks and investors start making loans that don’t make any sense. People buy things they can’t afford because it’s so easy to borrow.

Businesses go heavily into debt and embark on foolish, expensive projects simply because interest rates are so low.

Just earlier this week I told you about the $25 billion Hudson Yards project in New York City– THE most expensive real estate development in US history, complete with a gaudy, $150 million stairway to nowhere.

A greater concern, though, is how overvalued most financial assets are.

Investors have rarely (if ever) paid more for real estate, bonds, or stocks.

Even companies that perennially lose money are selling for record high prices and are immensely popular investments.

So far this year, in fact, an unbelievable 83% of IPOs in the United States involve companies that are LOSING MONEY.

That beats the previous record of 81% reached in 2000 at the peak of the dot-com bubble.

And the amount of money that investors are paying for every dollar in earnings, sales, and cash flow for their investments has rarely been higher.

The average “price to sales” ratio in the US stock market, for example, has literally never been higher. Ever.

That’s why some of the most famous investors in the world are avoiding the market.

Warren Buffett, for example, is sitting on a $116 billion mountain of cash. He’s hardly buying anything right now, and is actually selling some assets, patiently waiting for a major correction.

Finding credible investments under such absurd conditions is difficult. But not impossible.

And believe it or not, smaller investors have a major advantage.

There simply aren’t enough credible investment opportunities for someone like Warren Buffett to deploy $116 billion.

Here’s a great example– I just got off the phone with our lawyers in Luxembourg, where we’ve been working on a unique investment that can generate a safe, double-digit return over the next twelve months.

It’s a secured lending opportunity, whereby my bank is making a loan that is secured by extremely high-quality collateral in Europe that I’ll have legal control over throughout the life of the 12-month loan.

[Total Access members– I sent you an email about this on Tuesday.]

For me the choice is obvious– I’d rather make a safe 10% than put money into a stock market that’s trading at record-high valuations.

But the whole deal is only about $7 million. That’s way too small for someone like Buffett who has $116 BILLION to invest.

Similarly, our Chief Investment Strategist Tim Staermose recently told readers of his 4th Pillar investment newsletter about a profitable company he found in Japan that pays a 3.3% dividend, yet its shares are worth LESS than the amount of cash the company has in the bank.

At that level, it’s extremely unlikely to suffer a permanent loss. So it’s a lower-risk way to earn a decent dividend, with the potential of the stock doubling in value.

These types of investments are out there. They simply take a bit more work to find.

But the easiest and SAFEST way to generate a significant return on investment is to take legal steps to slash your tax bill.

That’s where the opportunity zones come in.

Think about it– if you can eliminate capital gains tax, you’ve essentially earned a RISK-FREE return of 23.8%.

And given that (as we discussed) the most popular assets are selling for record high prices, it might be a good time to think about selling.

You could then roll those gains into an opportunity zone fund and park your legally UNTAXED gains in safer, undervalued assets.

One of the things that I find interesting about the legislation is that the entire island of Puerto Rico is an opportunity zone (in addition to all 50 states).

And as I told you yesterday, it’s not just a catchy name; I’m seeing an enormous amount of opportunity here.

I’ve looked at office buildings selling for peanuts– for example an entire office tower in good condition for less than $2 million. That works out to be less than $20 per square foot.

There’s everything from beach front property to commercial developments to private businesses (which also come with substantial tax advantages).

It’s definitely worth considering. But you’ve got to get moving now.

Any day now, the IRS will give its final guidance on opportunity zones… and billions of dollars (currently waiting in the wings) will be unleashed.

These opportunities don’t come around often. So it’s important you take advantage when they do.

That’s why I’ve created an entire report outlining the opportunity, how to invest, who to invest with, where you can invest, exact tax implications, etc.

The more information you have now, the better prepared you’ll be when the IRS says “go.”

Here’s the best way to get started.