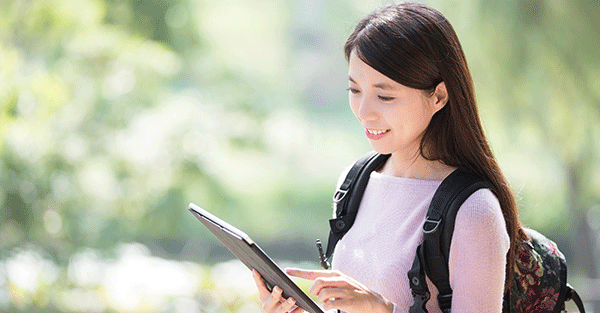 In the year 605 AD, Emperor Yang of the Sui dynasty in China formally established what became known as the ‘imperial examination.’

This was a standardized test that public officials were required to take, covering everything from arithmetic to writing to military science.

The idea was to ensure that all public servants were educated and qualified.

This concept grew through the centuries, from the Sui to the Tang, Sung, Yuan, Ming, and Qing dynasties, with each successive leader further refining the exam.

It even lasted into China’s early days as a republic at the beginning of the 20th century, and still persists today in Taiwan.

China has had a very long tradition of placing substantial social value on education.

There was a brief interruption in the 20th century during Mao’s Cultural Revolution in which 100,000+ intellectuals were persecuted and shipped off to labor camps.

The economic effects of this decision to kill off intellect were disastrous, and China impoverished itself for decades as a result.

But today education is back at the forefront of Chinese culture, as it was for centuries.

The West is lagging here. Even the US Department of Education claims “few American students pursue expertise in STEM fields,” and “we have an inadequate pipeline of teachers skilled in those subjects.”

It’s also a question of values.

Case in point: two weeks ago, state-supported Wayne State University in Michigan decided to drop the mathematics requirement from its general education curriculum.

Instead, the university’s General Education Reform Committee proposed replacing the mathematics requirement with a mandatory course on diversity.

Across the Pacific, however, the Chinese haven’t reached the point yet where their society places much educational value on 18th century gender studies or the history of pop culture.

Chinese movie stars take to their social media accounts each year during the annual “Gaokao”, or national college entrance exam, to cheer on the students.

The Gaokao is such a big deal in China that it receives substantial national media coverage, and top-scoring students often attract worshipful devotees and achieve minor celebrity status.

The same applies to the online math and science tutors who help students prepare for the Gaokao.

Many tutors attract millions of social media followers and are routinely recognized on the street like any ‘real’ celebrity.

[And in peak season they can make up to hundreds of thousands of dollars per month!]

Here’s an even starker example:

Stephen Hawking gained two million followers within 24 hours of signing up at the microblogging site Weibo, China’s equivalent of Twitter.

Now’s he’s up to 4.2 million, and climbing. That’s in just two months.

By comparison, he has 16,000 followers on Twitter versus Kim Kardashian’s 46+ million.

It’s not that Hawking isn’t famous in the US or Europe– they did, after all, make a movie about his life two years ago (which did slightly worse in the US market than 2014’s Sex Tape…)

It’s that he has a cult-like, almost movie star status in China, where students actually spend time learning about his theories.

To be fair, there’s obviously incalculable intellect in the West. And it’s not like the Chinese are immune to puerile fanaticism for their movie stars.

The key difference in China is that the celebration of intellect and human achievement as a core social value is on par with success and entertainment.

It’s no longer this way in the West. But it used to be.

When Sir Isaac Newton died in 1727, he was buried in England with the honor and prestige of a reigning monarch.

This shocked visiting diplomats from the Ottoman Empire, where intellectuals were treated with suspicion and censorship.

Unsurprisingly the Ottoman Empire was by then rapidly falling into history’s wastebasket of former superpowers, and the West was on the rise.

Decades ago in the US, Albert Einstein and Jonas Salk were huge celebrities.

Charles Lindbergh was once the most famous man in the world.

And children idolized astronauts in the 1960s, whose fame was so vast they were showered with endorsement deals from some of the biggest companies in the world.

Today, children in the West idolize reality TV starlets who are celebrated for having a voluptuous ass.

And in university, ‘checking your privilege’ is becoming more important in the Land of the Free than achieving fluency in the language of the universe– mathematics.

Just like a ballooning national debt, it’s not hard to get a sense of where this trend leads…