This Sunday may mark the end of Western monetary dominance 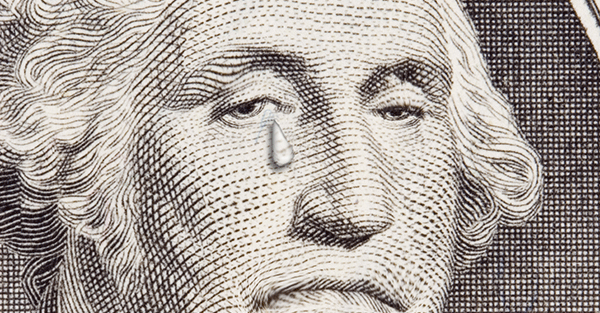 Walking down the streets of Constantinople in the early Middle Ages, you would have immediately felt the energy and prosperity.

Constantinople was one of the wealthiest, most advanced cities in the world, and some historians estimate its population could have been as high as 500,000 people.

Byzantine architecture in Constantinople was world famous, and local artists were producing mosaics that are still regarded as some of the finest ever made.

At this point in history, wealth and power in the world was clearly concentrated in the East.

Europe was nothing more than a plague-infested backwater. Constantinople flourished. And even further to the east, China was sporting some of the most advanced technology in the world.

By the 13th century, the Byzantine Empire was in clear decline. Its borders were shrinking and the empire was at the center of almost constant warfare.

And more importantly, they had begun to debase their currency. Again.

For centuries, the Byzantine gold solidus had acted as sort of de-facto international reserve currency. It contained roughly 4.5 grams of pure gold and was used in trade and commerce around the world for nearly seven centuries.

Problem is– war is terribly expensive. And they paid for it by debasing by their currency. By the 11th century, the gold content in the solidus had been debased to the point that it was no longer worth anything.

So they gave it another try. Fool me once. Shame on you.

The successor to the solidus was called the hyperon; it was initially struck at 20.5 carats of gold (roughly 85% purity). But this was quickly reduced to 18 carats, then 15, then 12.

Fool me twice. Shame on me.

Enough was enough, and the rising powers in Europe demanded an alternative.

It was the Italians (the most advanced power in Europe at the time) who solved the problem.

Florence, Genoa, and Venice were all minting their own gold coins by the 13th century, and the 3.5g Florentine florin soon became the new international reserve standard used across Europe.

In many ways, this marks the beginning of the West’s rise to dominance: it all started with declaring their monetary independence from a declining power and a currency they could no longer trust.

Fast forward several centuries and we can see that the tables have clearly turned.

The West has been the dominant superpower for centuries. Yet like the Byzantines before, the West is in obvious decline.

At this point insurmountable debts and deficits plague nearly all Western governments. And they make up the difference by debasing their currencies.

This has created massive distrust, especially in the world’s most dominant reserve currency today, the US dollar.

Like the Venetians and Florentines before them, rising powers in Asia are starting to take matters into their own hands.

The Chinese renminbi (though surely not a one-way bet) is rising in international prominence. And China is at the center of a new emerging global financial system being set up in partnership with Russia, India, Brazil, etc.

Western dominance was born from a distrust in the dominant reserve currency at the time. Its decline will be because they followed the same route.

And the canary in the coal mine is what’s happening in Switzerland this weekend.

On Sunday, the people of Switzerland are going to the polls to vote on a return to the gold standard.

It was only 14 years ago that the Swiss franc, traditionally seen as a safe haven currency due to Switzerland’s reputation for stability, was still on a gold standard.

In fact, of all the major currencies, the Swiss franc was the last to abandon prudent monetary standards.

Ever since then, the Swiss National Bank’s balance sheet has absolutely exploded.

Now there’s a national election to return to a gold standard and conservative monetary policy.

Right now the polls suggest that the Swiss are leaning towards ‘NO’, i.e. they want to continue to abandon prudent practices and hand over total control of the money supply to unelected central bankers.

And if the country that has the world’s strongest traditions for financial stability chooses to turn its back on sound money, what hope is there for the rest of the West?

If the Swiss vote NO this weekend, I view that as a major watershed moment in signaling the beginning of the end of Western monetary dominance.

We can already see the signs everywhere.

Across Europe, government bond yields are NEGATIVE, i.e. you have to PAY these bankrupt governments for the privilege of loaning them money.

And as IMF director Christine Lagarde said last week that a diet of high debt, low growth and high unemployment may yet become “the new normal in Europe”.

Each of these data points signals an obvious long-term trend. We can see where this is going.

But here’s the good news: none of this need affect you. The power is in your hands.

Even if the Swiss divorce themselves from prudent policy, and even if your government refuses to maintain sound money, you still have options.

You can choose to maintain a portion of your savings at a well-capitalized bank abroad in stronger currencies.

You can choose to hold some physical precious metals (or even cryptocurrency) overseas at a secure location where it can’t be confiscated by a bankrupt government.

You can choose to own productive assets abroad or collectibles that cannot be conjured out of thin air by central bankers.

All of these tools and resources already exist today. And for now, they’re available for anyone to take advantage of.