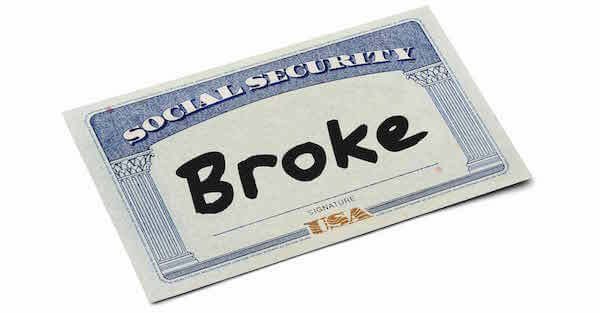 Many pension funds and social security systems globally do not have enough money to cover the retirement obligations they owe to millions of workers. For example, in the US alone, pension funds are about $7 TRILLION short of the funding they need to cover the promised benefits.

We spend so much time discussing this topic in Notes, because it is relevant to you, no matter your age or geographical location. And that is why, for the next five days, we will republish our top articles on pension funds and social security benefits from 2018.

More importantly, while the current state of the pension funds and Social Security in the US and around the world is quite dire, there are still many solutions you can implement to secure your retirement savings.

The United States Court of Appeals for the First Circuit gave us an interesting glimpse of the future last week when it ruled on an obscure case involving government pension obligations.

Ever since the mid-1990s, police officers and fire fighters in the town of Cranston, Rhode Island had been promised state pension benefits upon retirement.

Even more, these cuts were retroactive, i.e. they didn’t just apply to new employees.

The changes were applied across the board; workers who had spent their entire careers being promised certain retirement benefits ended up having their pensions cut as well.

Even the court acknowledged that these changes “substantially reduced the value of public employee pensions provided by the Rhode Island system.”

So, naturally, a number of municipal employee unions sued.

And the case of Cranston’s police and fire fighter unions made it all the way to federal court.

The unions’ argument was that the government of Rhode Island was contractually bound to pay benefits– these benefits had been enshrined in long-standing state legislation, and they should be enforced just like any other contract.

In their view, the legislature should be able to change laws, even retroactively, whenever it suits them.

Last week the First Circuit Court issued a final ruling and sided with the state of Rhode Island: the government has no obligation to honor its promises.

But here at Sovereign Research our team pays very close attention to these obscure court cases because they often set very dangerous precedents.

This one certainly does. Because Social Security is in even WORSE condition that the State of Rhode Island’s perilous pension system.

We talk about this a lot in our regular conversations.

Once again– that’s the Treasury Secretary of the United States saying that Social Security will run out of money in 16 years.

You’d think this would be shouted from the rooftops, especially given how long it takes to save for retirement.

Yet instead the news is ignored or flat-out rejected by people who simply want to believe either that it’s not a problem, or that the government has some magical solution.

The First Circuit just showed us what the solution is: cutting benefits.

And now the government has legal precedent to do so.

They can retroactively slash whatever benefit they want in their sole discretion regardless of what legislation exists, or what promises have been made in the past.

Let’s be smart about this: the clock is ticking. Sixteen years may seem like a lifetime away, but with respect to retirement, it’s nothing.

Securing a comfortable retirement takes decades of careful planning, and a lot of folks are going to have to catch up.

Fortunately there are a lot of options available, but you’re going to have to take deliberate action.

For example, you could set up a more robust structure to help you put away even more money for retirement and invest in safer, more lucrative assets that are outside the mainstream.

A number of our readers, for example, are safely earning double-digit returns in secured, asset-backed lending deals with their properly structured IRA and 401(k) vehicles.

Here are a couple of options to consider.

This problem is completely solvable. But you’re going to have to solve it for yourself. You can’t rely on the government to fix it.

The First Circuit Court affirmed last week without a doubt that government promises aren’t worth the paper they’re printed on.