Three ways the banks are scamming you 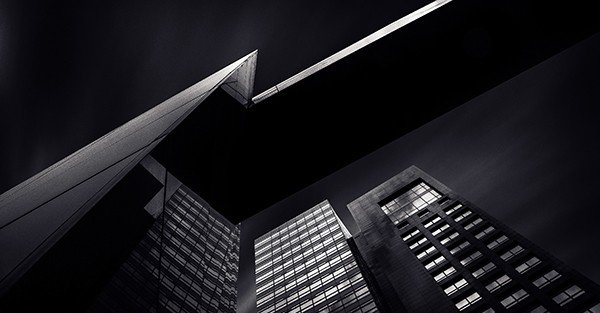 Yesterday we talked about how the banking system is MUCH riskier than most people are led to believe.

And there is a growing chorus of high ranking regulators and officials saying the same thing, ranging from the Vice Chairman of the FDIC to former US Treasury Secretary Lawrence Summers.

It’s the same in the financial system.

It’s not to say that banks are on the verge of collapse. But most of these new tough banking regulations are just smoke and mirrors designed to create the illusion of bank safety.

I’ll give you a few examples:

As part of new financial regulation, the Federal Reserve conducts annual “stress tests” of US banks to determine whether or not they will be able to withstand a financial crisis.

These tests are totally useless.

The Fed essentially throws a bunch of scenarios at the banks to see what will happen to their balance sheets if, say, the stock market crashes and GDP grinds to a halt.

But what these stress tests fail to take into consideration is that in a real crisis (like we saw in 2008), just about every nightmare scenario occurs at the same time.

The Fed’s stress tests assume that bank failures happen in a vacuum. They don’t. When one major bank fails, it drags the other banks down with it.

That’s precisely what happened in 2008. Lehman Brothers went under, creating a financial maelstrom that nearly brought down the entire financial system with it.

Bottom line, the Fed’s stress tests are far too rosy and academic to be worthwhile. As Bloomberg’s editorial board points out,

“[The Fed’s stress test] also assumes that a thin minimum layer of equity capital — just $4 per $100 in assets — would be enough to maintain the market’s confidence in a bank’s solvency. These flaws make a passing grade almost meaningless.”

Yet even though the stress test results are pointless, the Fed publishes them as an ultimate blessing that the financial system is healthy and sound.

Once again, it’s not real safety… merely the illusion of safety.

(It’s also ironic to point out that the Federal Reserve itself is nearly insolvent and would fail to pass its own Mickey Mouse stress test.)

2. Regulations for increased bank capital are a complete joke

Many of the new financial regulations require banks to increase their levels of capital. And these rules are perhaps even more useless than the stress tests.

In banking, capital is like a bank’s emergency reserve fund.

If things go horribly wrong and their assets start plummeting, a bank with generous capital reserves will be able to stay solvent. Poorly capitalized banks will collapse.

Lehman Brothers is an easy example.

It used to be one of the top investment banks in the world. Yet died a painful death in 2008 because its capital reserves were tiny compared to its massive investment losses.

But there are so many loopholes in these rules that banks can easily hide their true financial condition.

It’s so bad that the FDIC’s Vice Chairman stated last month that the system “too easily allows banks to conceal risk,” and that the banking system’s true levels of capital reserves are “inadequate for bank resiliency”.

This one is probably the most hilarious.

One of the toughest provisions in all the new financial regulations, the Volker Rule, restricts banks from buying risky assets or engaging in risky investment behavior that doesn’t benefit their customers.

Duh. Did they really need to pass a law about this? Apparently so.

But here’s what’s interesting: by the time the Volker Rule was passed, bank balance sheets were already stuffed full of these prohibited assets.

So the banks were given until July 21, 2012 to liquidate risky assets.

Why? Simple. Because no one wants to buy those risky assets, certainly not at full price.

If the banks sold their riskiest assets now, they’d suffer enormous losses… which means their capital levels would take a big hit (see #2 above).

Neither banks nor regulators want that.

So rather than tell the truth about their real financial condition, they keep extending the deadline.

Meanwhile, banks are allowed to continue holding these risky assets on their balance sheets at full value, as if they’re worth 100 cents on the dollar.

There’s a word for this: fraud. But it’s totally legal when banks deliberately conceal the truth.

These are just three tiny examples of what’s really happening in the banking system.

Politicians and regulators point to their tough rules that have ‘cleaned up Wall Street.’

But it’s all an illusion.

And it only takes a quick peek under the hood to realize that there are SUBSTANTIAL risks in the banking system, certainly more than we are led to believe.