Privacy safeguards used by Clooney, DiCaprio, and Obama under fire by the Treasury Department 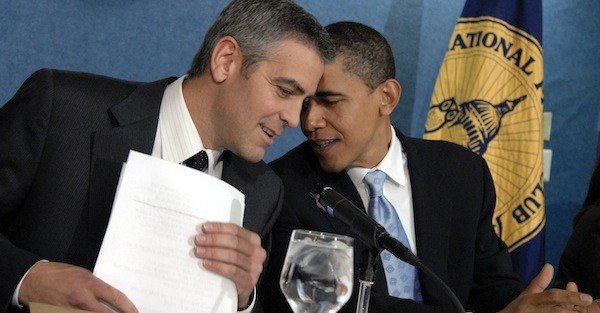 As a kid I remember hearing it all the time. It was an idea that was drilled into my head over and over again.

It was in movies and legal dramas. You could see it in the newspapers. We learned about it in textbooks.

“In America,” people would say, “you are always innocent until proven guilty.”

I didn’t really understand what that meant as a child. But it sounded great.

My teachers clung to the idea, explaining to me how this core bedrock value of American justice is what separated us from the Soviets.

It was one of the things that made us free.

But only decades later when I had finally grown a brain and started thinking for myself that I realized the ‘innocent until proven guilty’ nonsense was as much of a myth as Zeus hurling thunderbolts from the top of Mount Olympus.

You can see this everywhere now in the Land of the Free, and all over the western world. Especially when it comes to money.

On October 27, 1986, Ronald Reagan signed the first-ever Anti Money Laundering (AML) legislation into law in the United States. It made money laundering a crime.

Then they passed another anti money laundering law two years later in 1988.

Now, I’m sure we can all agree that terrorists and criminals are bad people.

But with each successive law and regulation, they tighten their stranglehold on the financial system, to the point that even the most innocuous activity is considered grounds for suspicion.

As a result of these ridiculous AML laws, walking around with too much cash is now considered an indication of criminal activity.

And thanks to the Civil Asset Forfeiture rules in the Land of the Free, police have the authority to confiscate your cash.

There’s no trial. No jury. They simply steal your money.

Believe it or not, the AML rules also apply to coin and jewelry dealers. So buying too much gold is now an indication of money laundering.

Having too many transactions in your bank account is considered ‘suspicious activity’.

(Of course, if you have too little financial activity, your bank account can be considered ‘dormant’ and turned over to the state.)

Even going to the bank to withdraw your own money is now considered suspicious. It’s madness.

The latest craze for the anti-money laundering crusaders is going after people who buy luxury real estate without a mortgage.

Property buyers will now have to jump through all sorts of bureaucratic hoops to prove that they aren’t criminals or financing terrorists.

Plus anyone who buys real estate through trusts and corporate entities must now publish the details of the ultimate beneficiary.

This is bad news for George Clooney who owns property through his “George Guilfoyle Trust”.

And Leonardo Di Caprio. And nearly every other celebrity out there, who, for obvious privacy reasons, don’t attach their names to the properties they buy.

(Barack Obama has done the same thing, as neither he nor Michelle is listed as the official property owner at the couple’s multi-million dollar mansion in Chicago.)

It’s quite sad that seeking a little bit of privacy to be left alone in your own home is now considered possible grounds for criminal activity. But it really fits the trend.

Every month, every week, often every day, there’s something else. There’s a new rule. A new restriction.

It’s strange that the government is willing to make life more difficult for 99.99% of the population because of the actions of a handful of people who might be criminals.

This doesn’t exactly adhere to the ‘democratic’ principles they claim to uphold where the majority rules.

In truth, ‘innocent until proven guilty’ died a long time ago.

Now nearly anything we do can be deemed suspicious, especially if it involves our own privacy.

You are presumed guilty, then forced to prove that you didn’t do anything wrong.

Or at a minimum, deal with demeaning hassles, paperwork, and inconveniences, including the inability to withdraw your own money from the bank without being treated like a criminal terrorist.

This isn’t how it’s supposed to work in a free society.

But it’s what happens when a government goes bankrupt.

Governments who have a strong financial position don’t treat their citizens like criminals.

Solvent governments have no need to constantly pass a barrage of debilitating regulations.

This is what bankrupt governments do.

They continually squeeze freedom and justice, turning their entire population into a nation of suspects in a scramble for every penny they can get their hands on.

Bottom line, your freedom is inextricably linked to the financial health of your government.

There are nearly zero historical examples of a bankrupt government going gentle into that good night without plundering its citizens first.

This is an important lesson to remember now, as US national debt is about to hit $19 trillion.