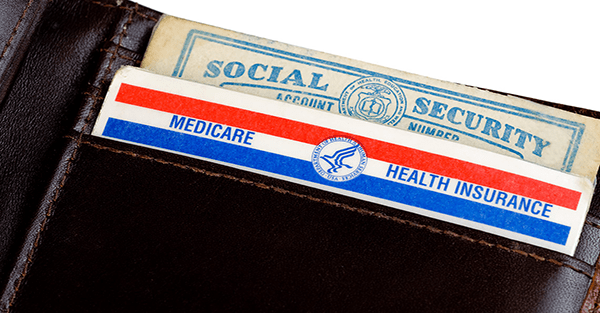 Not too long ago my step-dad had to spend a few days in intensive care. Pretty scary stuff.

He had just about every nasty symptom imaginable, from constant vomiting to dizziness to ultra-high fever, but the doctors couldn’t figure out why.

Fortunately his condition improved enough that he was released from the hospital, and now he’s on the mend.

Now, my step-dad is a Medicare patient. But he just found out that he’s been unceremoniously dropped by his Primary Care doctor.

Apparently his physician dropped all of her Medicare patients in one giant culling.

Much of this trend is based on stiff penalties and financial disincentives from the Affordable Care Act (Obamacare), and 2015’s Medicare Access and CHIP Reauthorization (MACRA) Act.

MACRA in particular is completely mystifying.

The law created a whopping 2,400 pages of regulations that Medicare physicians are expected to know and follow.

Many of the rules are debilitating.

For instance, MACRA changed how physicians can be reimbursed for their Medicare patients by establishing a bizarre set of standards to determine if a physician is providing “value”.

As an example, if a patient ends up in the emergency room, his or her physician can incur a steep penalty.

This explains why my step-dad was dropped by his doctor.

The healthcare system has been broken to the point that physicians now have a greater incentive to fire their Medicare patients than to treat them.

One Florida-based physician summed up the situation like this:

“I have decided to opt-out of Medicare, acknowledging that I can no longer play a game that is rigged against me; one that I can never win because of constantly changing rules, and one where the stakes include fines and even potential jail time.”

The irony is that all these new laws and regulations were designed to “save” Medicare.

As we’ve discussed many times before, both Medicare and Social Security are dramatically underfunded and rapidly running out of cash.

Medicare is the worst off between the two; MACRA and Obamacare were supposed to create hundreds of billions of dollars in cost savings.

It’s clear now that this cost savings comes at the expense of physicians… and the result is a rising trend in Medicare patients being dropped.

But even with the cost savings, the Congressional Budget Office projects that Medicare will become completely INSOLVENT by 2026.

As I write this letter, Congress is already taking steps to repeal the Affordable Care Act.

If they finish the job, all the supposed cost savings will be eliminated, and Medicare’s projected insolvency date will be accelerated to 2021.

Either way, Medicare is toast.

Oh, and bailing out Medicare isn’t an option either.

They would need TRILLIONS of dollars to fully fund Medicare, which is just about impossible for a government that loses hundreds of billions each year and already has a $20 trillion debt.

More than likely they’ll just come up with some band-aid fix that has terrible consequences.

For example, they could bail out Medicare by stealing from Social Security.

Bear in mind that Social Security is a total mess.

Back in the 1960s there were nearly 6.5 active workers paying into the system for every Social Security recipient.

Today that worker-to-beneficiary ratio has fallen by nearly half.

There simply aren’t enough workers paying into the system to support the swelling number of retirees.

And stealing from its trust funds to support Medicare would merely accelerate the demise of Social Security.

Again, there are no good options to save these programs.

But you can easily take charge of your own health and retirement, and there are plenty of solutions available.

Sure, if Social Security and Medicare are still around when it comes time for you to collect, great.

But you’ll be a LOT more secure, for example, if you set up a robust, flexible retirement structure like a solo 401(k) or self-directed IRA.

These allow you to contribute MUCH more money to your retirement, cut costs, and invest in a variety of asset classes that could produce superior returns.

Even just a 1% improvement in your net returns could boost your retirement savings by hundreds of thousands of dollars when compounded over 20-40 years.

A well-structured retirement plan could even own something like an e-commerce business, where not only the profits, but even the investment returns on those profits, would accumulate tax-free towards your retirement.

There are better options in healthcare as well.

Clearly no insurance plan can substitute for healthy food, good choices, and plenty of exercise.

But it’s amazing how much cheaper high quality care and medication can be if you expand your thinking overseas.

Whatever treatment you require, from cancer to fertility, top-tier facilities are available abroad at a fraction of the price, and you can actually be treated like a respected human being.

And the cost savings in treatment is often vastly higher than any travel costs in getting there.

Social Security and Medicare are both finished. The numbers don’t lie, and even the annual trustee reports tell us that they’re pitifully underfunded.

But the good news is you don’t need the government to retire and be healthy.

There are plenty of solutions available to take back control for yourself. It just requires a little bit of education and the will to act.